Homosexuality in Kosovo became legal in 1994 while Kosovo was still part of the Federal Republic of Yugoslavia. Since its independence in 2008, the Republic of Kosovo has put a great effort in adopting a wide range of laws and measures against discrimination of LGBT, however, it has struggled with implementation. The Kosovo government remains publicly supportive and in 2013 Parliament passed a bill to create an LGBT parliamentary coordination group. This is further regulated through the Anti-Discrimination Law from 2004, amended in 2015 to include nondiscrimination provisions for gender identities. The EU has supported LGBTQ in Kosovo, and in May 2014 it launched a project on Fight Against Homophobia and Transphobia. Kosovo held its first Pride Parade in May 2017, which was attended by the Prime Minister Hashim Tachi. 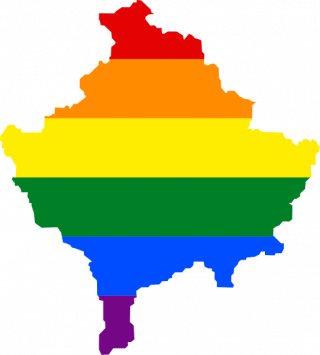