Slavonic and East European Review (SEER) and Central Europe are both managed at UCL SSEES. 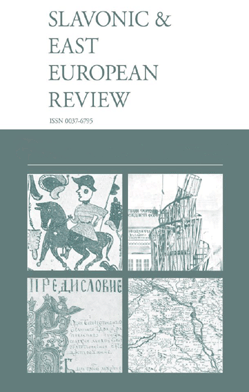 Central Europe is the interdisciplinary journal of the Centre for the Study of Central Europe, published in both print and online formats, with the online archive of the journal going back to volume 1, issue 1 (2003) and available in full to all institutions who have a subscription to the journal.

Founded in its present form in 2003 at the UCL School of Slavonic and East European Studies (SSEES), it grew out of The Masaryk Journal, founded in 1997 by Katya A. M. Kocourek.

Central Europe publishes original research articles on the history, languages, literature, political culture, music, arts and society of those lands once part of the Habsburg Monarchy and the Polish-Lithuanian Commonwealth from the Middle Ages to the present, as well as on the relations between Germany and those lands. It also publishes discussion papers, marginalia, book, archive, exhibition, music and film reviews.