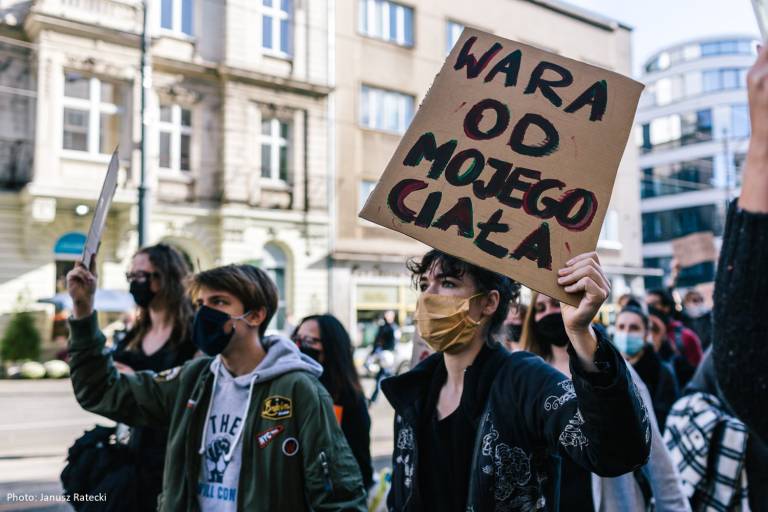 A SSEESing NOW event on the decision of the Polish Constitutional Tribunal and the wider impact of this.

Poland, since 1993, had one of the strictest abortion laws in Europe. With its ruling on 22nd October 2020, the Polish Constitutional Tribunal further tightened the conditions for legal abortion and effectively removed Polish women’s control over their reproductive rights. In response Polish women and men took to the streets to protest the decision of a Tribunal, which itself was appointed in a manner that is also seen as controversial by many experts and observers.

Join us for a roundtable debate as part of the SSEESing Now series, about the political, legal and social consequences of the decision of the Constitutional Tribunal and what does it mean for women rights in Poland.

PANEL I Jan Kubik, Richard Mole and Carolin Heilig (all SSEES): on the political aspects of the ruling as an example of illiberal turn and democratic backsliding.

PANEL II Katarzyna Andrejuk (PAN, visiting scholar at SSEES) and Agnieszka Kubal (SSEES): on the politicisation of Constitutional Tribunal and human rights consequences of its decision.

Registration is free but essential, please sign up via zoom to be sent the viewing link.