The 100 in 10 initiative is a strategic vision for SHS to recruit and graduate 100 PhD students from Black British, British Bangladeshi and British Pakistani backgrounds over 10 years.

The model will consist of a one-year Master’s followed by a four-year PhD, with any additional time in the final year being spent on write-up and career preparation.

The programme will create a cohort of students across the Faculty who are provided with a package of funding, mentoring and career development support, including:

Transition support to help students adjust to postgraduate research, its culture and expectations, and to develop requisite skills

Dedicated one-to-one support to develop a clear career plan beyond the PhD, whether that be within or outside academia

Specially selected, trained and supported PhD supervisors, chosen for their commitment to supporting BME early career academics via the 100 in 10 scheme

A mentor to provide support outside of the PhD supervisor relationship

As part of the 100 in 10 scheme, and to help create awareness of the programme, the Faculty will engage in outreach activities aimed at undergraduates and recent graduates that explain and explore progression routes into postgraduate research. 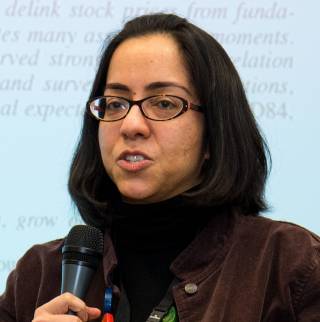 Parama Chaudhury is an Professorial Teaching Fellow at the Department of Economics at University College London. Her research interests are in labour economics, specifically inequality and technological change. She is also interested in economics education especially the role of technology in higher education, and is Founding Director of the Centre for Teaching and Learning Economics. She serves on the Teaching and Learning Committee of the CORE Project and the Royal Economic Society's Education and Training Committee. Before coming to UCL, she taught at the University of Oxford, Dartmouth College and Yale University.

She is originally from Calcutta (now Kolkata), India and was educated at Presidency College (now Presidency University), Calcutta, Delhi School of Economics, University of Notre Dame and New York University. 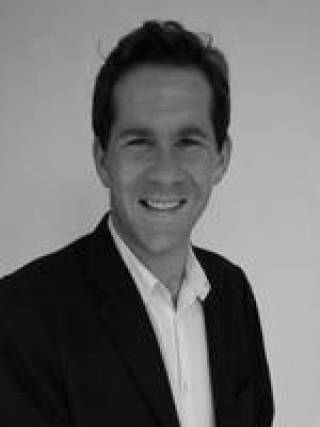 Dr Michael Collins is Associate Professor of Modern and Contemporary British History. A historian of modern and contemporary Britain, he primarily focuses on the period 1940-present. He currently has two main research themes: The historical development of political ideas in post-war Britain, and the social and cultural history of migration and settlement in post-war Britain. This research focuses more on the lived experience of migrants and settlers but connects to the ways in which these processes have challenged metropolitan racism and historically racialised understandings of national identity, thereby reconfiguring the meanings of Britishness and Englishness.

Dr Collins is currently pursuing a project on the history of ‘Windrush Cricket’, which integrates these two research themes. The project looks at the way in which cricket formed an integral part of the Windrush generation’s efforts to settle and build communities in English cities after 1948. It also considers the way in which the English cricket ‘establishment’ reacted to the presence of black cricketers, including the children of Windrush migrants from the 1970s onwards, and what this can tell us about the cultural politics of Englishness.

In addition to his role in the Department of History, Michael is Vice Dean for Advancement in the Faculty of Social and Historical Sciences. In this capacity, he works with faculty colleagues on strategic planning for matters such as alumni relations, external engagement, philanthropic donations and equalities, diversity and inclusion.

Dr Alan Ingram is Associate Professor at UCL Department of Geography and Vice Dean for Postgraduate Research for the Faculty of Social and Historical Sciences. Also a former Departmental Graduate Tutor in Geography, Alan has extensive experience in supervising and supporting postgraduate research students from a variety of backgrounds and in reforming postgraduate research training. As Vice Dean he has played an active role in supporting the UCL Research Opportunity Scholarships programme and in UCL’s recent successful bid for Office for Students/Research England funding to improve PGR access and participation for black, Asian and minority ethnic groups. Alan’s research and teaching examines the ways in which geopolitical events are constituted and contested as matters of public and political concern. His 2019 book Geopolitics and the Event: Rethinking Britain's Iraq War Through Art offers a counterpoint to official accounts of the 2003 war by exploring the work of diverse artists and curators. His current research and teaching focuses on the politics and analytics of truth surrounding recent geopolitical events. 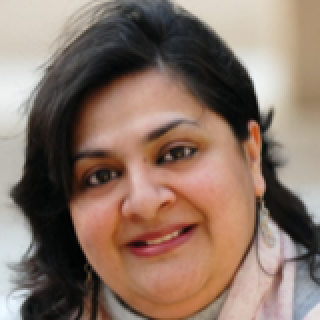 Sarabajaya joined UCL’s Department of Political Science in January 2010 from the University of Oxford, having previously held Fellowship and Faculty roles at the London School of Economics and The Open University.

Her research interests are in Accountability, Governance, Ethical Leadership, Intersectionality, and Equality. She is PI and Co-I for three research projects: 'Lived experiences of disabled university students during the Covid-19 pandemic', with Professor Yamamoto, Osaka University; ‘Ableism and the labour market’ with Associate Professor Colin Provost, UCL; and 'Coronavirus intersectionalities of disabled and minoritised groups', with Professor Carol Rivas, UCL.

Sarabajaya leads her own consultancy, is an Equalities Adviser to the Bar Standards Board, and a Director of Impatience which hosts innovative public benefit projects.

Active in civil society and politics, she has co-founded several non-profit organisations. Currently, she is a member of the Policy Advisory Committee of the Women’s Budget Group, a Trustee of the National Council for Voluntary Organisations, and a steering committee member for both the Centenary Action Group, and the Women’s Equality Party.

Sarabajaya was supported by Activate Collective to contest the 2021 GLA election for the Women’s Equality Party. She was one of only 11 women selected nationally, and the only disabled candidate. 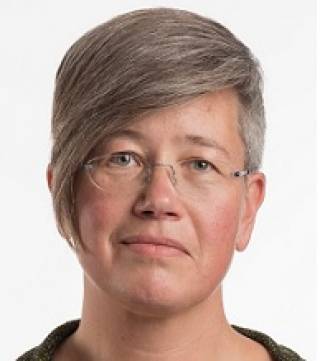 Professor Sasha Roseneil serves as UCL’s Pro-Provost (Equity and Inclusion), Dean of the Faculty of Social and Historical Sciences and Professor of Interdisciplinary Social Science in the Institute of Advanced Studies. Before coming to UCL in2018, she had been Executive Dean of Social Sciences at the University of Essex, Director of the Birkbeck Institute for Social Research, Head of the Department of Psychosocial Studies at Birkbeck, and founding Director of the Centre for Interdisciplinary Gender Studies at the University of Leeds. She has a long track record of research and teaching on issues of gender, sexuality and intimate life, and a concern with questions of citizenship and belonging, particularly for members of marginalised and racialised groups. Through this work Professor Roseneil has contributed to debates about care, citizenship and the changing meanings of “family”, and to understandings of the difference that social movements make in the world. 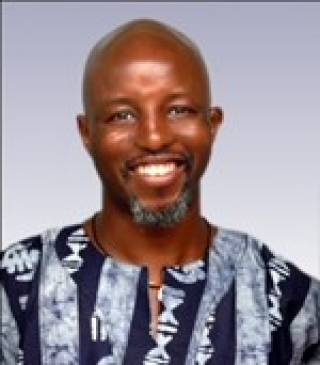 Dr Toyin Agbetu is a lecturer of social and political anthropology at University College London and a community educator at Ligali, a Pan African, human-rights based organisation. He has been with UCL since 2016, is a member of UCL’s Race Equality Steering Group and uses a scholar-activist approach to challenging Afriphobia and the misrepresentation of African people, culture and history in the media, public spaces and public services. His doctoral research on Exhibitionary Praxis involves forming partnerships between institutional and grassroots communities for progressive action that delivers meaningful and sustainable change.

Toyin is also a director at the IDPAD* Empowerment Centre based in Hackney. As the centre’s lead curator, he supports a formal and informal style of community-based education that combines a liberatory, museological and critical pedagogical approach. At UCL’s Department of Anthropology, Toyin teaches modules on Decolonising, Nationalism, Ethnicity and Racialisation, all of which are grounded by his expertise on reparatory and social justice approaches to tackling cultural and structural violence.

As a scholar-activist, Toyin is not ‘neutral’ on ethical matters and welcomes The 100 Initiative as a means to build a creative, collaborative, interdisciplinary cohort of academics. 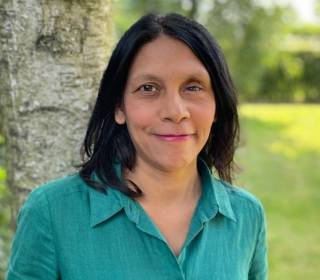 Halima is Chief Executive of the Runnymede Trust, the UK’s race equality think tank. She began her career as a policy analyst on the Commission for a Multi-Ethnic Britain, before joining Action Aid and the Centre for Civil Society at the London School of Economics.

Prior to taking up her post at the Runnymede, in a twenty-year career with the Department for International Development, Halima held senior positions across development policy, programmes and research, representing the UK government on numerous long-term international postings. Her portfolio included leading the Sino-British Action Plan on food insecurity, the UK effort to promote girls’ education in Pakistan, and supporting post-conflict reconstruction in Nepal. In 2017, she left public service and relocated to Denmark to head the LEGO Foundation’s work on global education.

As a disabled Muslim woman born in rural Bangladesh and raised in London, Halimais a lifelong campaigner for equality and civil rights. In the early 1990s, she co-founded Women Against Racism to combat the rising incidence of racial and religious intolerance in the East End. Today, Halima sits on various boards and acts as an advisor to organisations including the British Academy, ITV, the Nuffield Foundation, the Office for National Statistics and the NHS Race and Health Observatory.
Amber Connor - Third Year, Politics and International Relations BSc, UCL

Amber Connor is a third year finalist studying Politics and International Relations BSc in her undergraduate degree at University College London. In her time within the Political Science department, Amber has played a key role under the Equality, Diversity, and Inclusion initiative. She has worked to successfully establish the Ethnic and Racial Diversity network - a student and staff led communicative space that provides people of colour across the department a forum for collaborative discussion over issues related to racism and inequality within the department. It was the establishment of this network that led Amber to her involvement with the 100 in 10 project. Amber also has a strong interest in human rights and British politics, and is looking to advance her career by studying her MSc in Human Rights. Outside of academia, she works as a waitress and has a keen interest in playing both football and lacrosse.
Dr. Amelia Odida - Lecturer in International Relations, SOAS 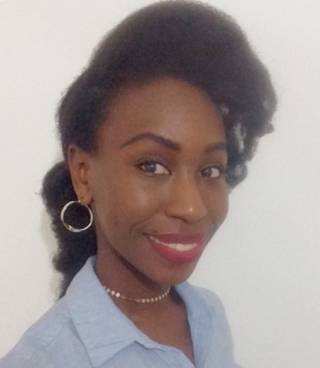 Dr. Amelia Odida is a Lecturer in International Relations at SOAS. She completed her doctoral thesis in September 2021 from UCL. Her thesis is best described as a decolonial analysis of the UN policy of Constitutional Assistance. Aside from conventional approaches to academic work, she is also a keen artist and is especially interested in finding creative ways to communicate academic ideas.
Jessica Sultan - Graduate, Philosophy, Politics and Economics, UCL 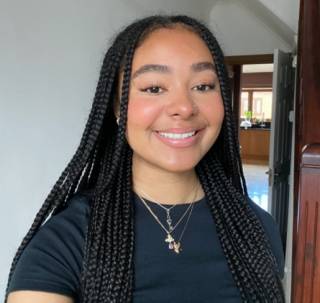 Jessica Sultan is a recent UCL graduate who studied Philosophy, Politics and Economics. She has worked and assisted on several research projects both during and after her degree spanning topics of race and decolonising, global health and world histories. She has a passion for the creative visual arts and enjoys spending her free time outside of academia reading fiction and going on runs. She aims to continue pursuing a career in academia and hopes to adopt interdisciplinary approaches throughout her work. 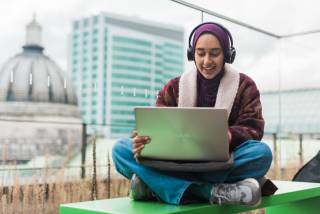 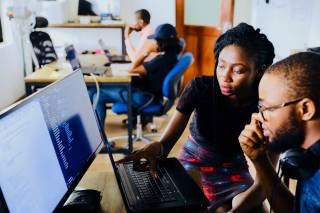 The Faculty Office is located in the Andrew Huxley Building with the entrance door opposite the South Junction.# 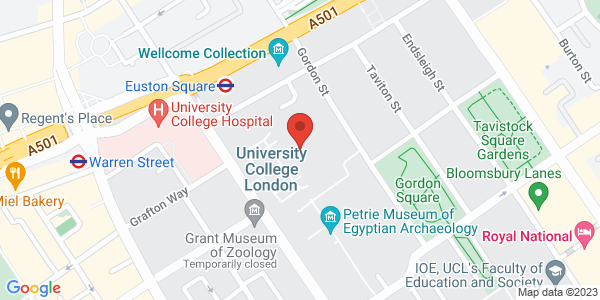