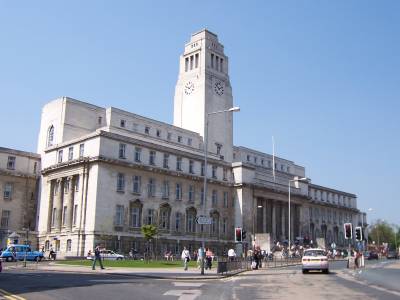 ‘Will my struggle for success be rewarded?’

This is a common question, which casts an overwhelming shadow over every early career researcher (ECR) throughout their academic journey. Often the conclusion is that personal development comes second to research. On the heels of a structured programme like a PhD, a postdoc might be excused for expecting a similarly nurturing environment to support their transition from student to independent researcher. However, across the sector (or even within an institution) the level of support is not consistent, and those that manage this transition do so through a mixture of their own perseverance and luck of the draw when it comes to their line manager or principal investigator and the research culture of their institution.

Worrying about whether your hard work will lead to success is even more prevalent among ECRs who are part of groups that typically experience greater inequality and prejudice. This includes groups who are part of the 9 protected characteristics (age, disability, gender reassignment, marriage and civil partnership, pregnancy and maternity, race, religion or belief, sex and sexual orientation), as well as those experiencing inequalities connected to identities and experiences beyond this (as our campaign uncovered). Our approach to train and develop future generations of academic researchers relies on a mostly unchanged system -  the first PhD was awarded in 1919 in the UK and significant reforms to PhD and postdoc training didn’t come until the 1990s with the Harris Review and the first draft of the Concordat for the Career Management of Contract Research Staff in 1996. So, it is not surprising that we face issues in diversity of representation across the sector. How can those who have been excluded from this system contemplate entering the ivory tower and being part of the discussion?

‘The Lost Voices’ national campaign began with a very simple question: What inequalities do ECRs face that affect their ability to succeed? Once the stories began to come in, we also interviewed senior academics who had managed to overcome some of these challenges, and their stories informed a panel debate with leading academics who have key roles in equality, diversity, and inclusion (EDI) within universities and funding bodies.

Here is a summary of ‘The Lost Voices’ national campaign:

and our final report:

Over the course of the campaign multiple issues were raised but the two standout points were:

1) universities talk a lot about addressing and improving research culture, but very little practical action is taken to specifically combat inequalities at the ECR level

The shocking statistic that there are only 35 Black female professors out of the estimated 20,000 employed in the UK was brought up throughout the campaign. Many senior academics from underrepresented backgrounds have been overlooked and had their expertise questioned. Through gathering stories and lived experiences, we have uncovered evidence that researchers have been undermined at every step of the academic ladder.

Despite facing inequalities for different reasons, responses were eerily similar, as can be seen from the following statements from senior academics (anonymised to protect their identities):

“I was harassed and overlooked because I was a black female in a male dominated department.”

“Deliberately missed out from collaboration, networking or dropped off without any communications”.

“My work has been questioned due to my ethnicity.”

“People did not believe that I could be in charge of the work presented at conferences because of my ethnicity.”

June is now widely recognised as LGBTQ+ Pride Month, and all institutions openly support LGBTQ+ initiatives. Pride flags commonly fly at many universities every June, yet academics still feel that their sexuality should stay ‘invisible’ to aid their career progression. With so many academic voices being lost and silenced, it is no surprise that academia is facing a crisis of identity in the aftermath of the #MeToo and Black Lives Matter (BLM) movements. Can institutions that are champions of inclusion and education for all, really be blind to these issues and the obvious institutional hierarchy which reinforces these prejudices, from undergraduate to more senior levels?

Initiatives such as Stonewall, Athena Swan, and the Race Equality Charter have all contributed important groundwork since their launch in 2001, 2005, and 2015, respectively. Gender balance in many university programmes and departments has been improved and institutions have begun to publish and address pay-gaps, but these issues persist. The Race Equality Charter is the newest of the diversity charters that UK HEIs have begun to engage with, yet to date they only have 82 institutional REC members (i.e. institutions who have signed up and committed to the process) and 18 Bronze awards (for reference, 157 institutions submitted in REF2021). From the perspective of an ECR who is experiencing inequalities, the change brought about by these initiatives seems slow and incremental.

We do not wish to denigrate these efforts, but only to acknowledge that there remains a giant chasm between policy and research culture. Though some very concrete gains have been made by these efforts, the truth remains that more work is necessary to bring culture in line with current policy, let alone the reforms that have not yet been introduced.

“Find your tribe to keep your passion”

During interviews with senior academics, we crucially asked how they managed to break through the glass ceiling. They unanimously agreed that mentors and networks are crucial. Without continued support, an ECR can easily get lost in the ‘thick mud’ of academia, which will only increase the likelihood of mental burnout. “Find your tribe to keep your passion” was a recurrent sentiment.

There was also a positive message for early career researchers. The passion and drive that ECRs bring, especially from inequality backgrounds, is unrivalled. The focus that ECRs have had to reach this level, is exactly what universities need to continue to drive research forward. This is the power ECRs hold and something they must remember to help them in their journeys.

We have developed an ECR Advice Toolkit for ECRs facing inequalities

Universities have a civic responsibility to do more

As the campaign progressed, we collated the important messages and stories, and put them to institutional representatives. There is no simple solution to address the inequalities still found at every level of academia, but the hidden voices are starting to be heard. Ultimately, universities – as institutions of higher learning, personal development, and members of their communities – have a civic responsibility to support their communities (including their researchers) and they must make a greater effort to show that a career in academia is attainable for those who are typically excluded from the system. They must celebrate and encourage diversity, ensuring that diverse talent is retained beyond the undergraduate level. They must also act to weed out the those in senior positions who will not champion EDI, even if these individuals are successful and highly funded researchers. This ultimately benefits research and strengthens its value and impact.

A question institutions must ask themselves is "Are we serious about championing equality, diversity, and inclusion?” The support for those who face inequalities is lacking throughout the academic community. This can be particularly damaging at the ECR level, as with short contracts and no personal support, it is easy for them to become overwhelmed in the academic career track, especially when facing financial and health difficulties.

Overall, our campaign has unearthed many uncomfortable ‘hidden’ truths in academia. British Universities stand on sites of the most diverse communities in the country, and some have made substantial strides to interacting with those communities:

However, even with these efforts, diversity is not adequately represented at every level of academia. Our campaign has highlighted that the academic sector was poorly designed for ECRs, and particularly those from marginalised backgrounds.  How will universities listen and act on the voices of the underrepresented? What schemes are being brought in to support the development of those experiencing inequalities? At the beginning we aimed to find and amplify ‘The Lost Voices’ of ECRs in the academic community. Hopefully in time, they will be heard.

Our final step in ‘The Lost Voices’ national campaign was to discuss many of these issues in depth, tackling these issues head on and not shying away from controversy. You can join the conversation on the ‘Diversity in Research Podcast’.