Groundwater-fed irrigation associated with lower arsenic in Bangladesh In the Bengal Basin of Bangladesh, nearly 50 million people are currently affected by the chronic consumption of arsenic (As) in drinking water. 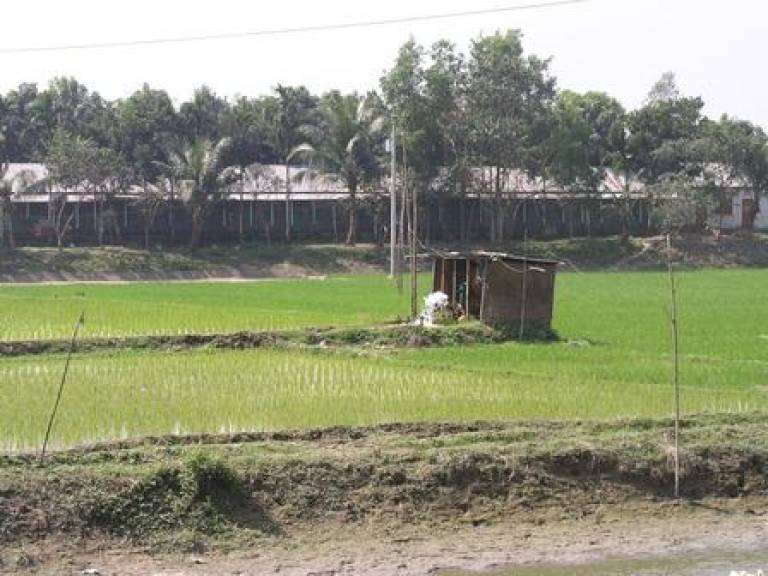 There has been a dramatic increase in irrigation using shallow groundwater in Bangladesh since the 1970s and scientific debate has persisted as to whether irrigation, supplied by shallow groundwater, worsens or improves the poisoning of water supplies by As. Much of this debate, to date, has been informed by very localised studies.

The UCL team assembled a national-scale database, and applied advanced statistical techniques to examine a wide range of variables to explain the national-scale distribution of As concentrations in groundwater in Bangladesh.  They found that when all factors are accounted for, lower As concentrations are associated with increased groundwater-fed irrigation, increased groundwater recharge, and a more permeable surface geology. Collectively, these associations suggest that groundwater-fed irrigation flushes mobile As from shallow aquifers in Bangladesh.

The results have far-reaching implications for water management in the Bengal Basin and other Asian Mega-Deltas currently affected by chronic consumption of As in drinking water. The research suggests that groundwater-fed irrigation, so vital to food security in the region, flushes out mobile As from shallow aquifers and hence potentially reduces concentrations in drinking water. The effect of irrigation may not be entirely beneficial however, because an implication is that irrigation transfers As from the groundwater to the soil where it can continue to pose a threat to human health and food security.