Gender balance or gender balancing act? Questioning the engendering of the disaster risk reduction agenda with a panel of experts in the field of Gender and Disaster.

We invite you to the First Anniversary event of the IRDR Centre for Gender and Disaster. The IRDR Centre for Gender and Disaster was launched a year ago on 7th March 2018. We chose the launch date, and this first anniversary date, to coincide with activities for International Women's Day, 8th March. This year’s IWD campaign theme is: #BalanceforBetter. However, we apply a critical analysis to all we do and the IWD is no exception.

The IWD webpage says: “Let's build a gender-balanced world…From grassroots activism to worldwide action, we are entering an exciting period of history where the world expects balance.”

The fight for women’s rights is not over, yet for many, the concern is a larger one of which women’s rights is a part. Many gender identities are not covered by the IWD banner. How do we go forward to at least begin to address the gender element of many intersecting axes of social difference? An equity, justice and rights focus is arguably a better base for political change.

So, this year we are considering balance. Join us for a panel discussion with experts in the field of Gender and Disaster on 6thMarch 2019 at UCL.

The theme of this year’s IWD is ‘gender balance’ and the headline statement that ‘balance is not a women’s issue it’s a business issue…’ personifies what many see to be wrong with how mainstream institutions ‘do gender’. From the World Bank’s statement that gender equality is just ‘smart economics’ to the International framework for disaster risk reduction (DRR) suggestion that women are a ‘resource’ for DRR it is clear that gender is now a mainstream policy concern and somehow through this we moved from women being served by policy, to women being at the service of policy agendas. Drawing on work with women’s groups and movements, involvement in international policy processes and academic research in the field, the presentation explores concerns such as when does cooperation become co-option? Does ‘gender balance’ reinforce gender binaries? Can we achieve equality aims within efficiency goals? And how does intersectionality fit within instrumentalist policy and do we want it to? Its central question is - if engendering policy processes brings dangers for women, should we continue to promote gender issues in policy processes? 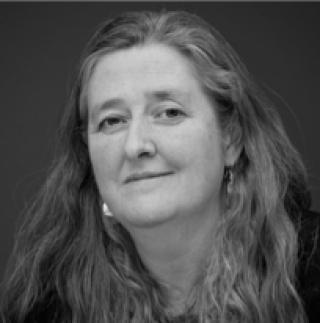 Sarah Bradshaw is a Professor of Gender and Sustainable Development and Head of the School of Law at Middlesex University. Her research focuses on the general field of gender and development, with a specific focus on Latin America. All the research she undertakes seeks to have a practical as well as academic application, through informing teaching, being used to promote discussion and action among actors of organised civil society, or as the basis of advocacy initiatives seeking to influence policy makers. In 2013 she was commissioned to write the report on Women and Economic Development for the High Level Panel of Eminent Persons charged with developing the first, draft set of Sustainable Development Goals (SDGs).

During a career break in the late 1990s she began working on women's rights issues in Nicaragua and was living in Nicaragua during Hurricane Mitch. During the relief and reconstruction phase she worked with the Civil Coordinator for Emergency and Reconstruction (CCER), a consortium of NGOs, groups and movements formed in response to the hurricane, and was involved in a number of studies looking at post-disaster reconstruction. Her interest in 'disasters' has continued, and informs her research, teaching and PhD supervision.  In 2013 she published the first book on the topic of 'Gender, Development and Disasters' (Edward Elgar). Her expertise in this field has led to work with various UN initiatives, including lobbying during the intergovernmental negotiations over the Sendai Framework for Disaster Risk Reduction.

The increasing realisation that a person's gender impacts on their vulnerability before, during and after a disaster has played a critical role in ensuring recognition at both the policy and practice levels. However, that recognition is often only associated with a binary (male/ female) understanding of gender. In order to achieve the truly equal and inclusive disaster risk reduction process that many of us aim for, consideration and acknowledgement of gender minorities is required. One way to achieve this will be through the collection and analysis of better data. This presentation will explore how disaggregated data can play a role in addressing recognition of gender minorities, and the realization of their rights, in disaster risk reduction.

Kevin Blanchard is the Director of DRR Dynamics, a UK based research organisation focused on ensuring the inclusion and empowerment of marginalised groups in the policy and practice of disaster risk reduction and humanitarian emergencies. Kevin has over 13 years’ experience in developing inclusive DRR and humanitarian policy for national governments, international agencies and NGO’s. Kevin has a master’s degree in Environment, Politics and Globalisation at King’s College London, is an Honorary Research Fellow at the Chinese University of Hong Kong, and a visiting lecturer at Kingston University London and Lincoln Bishop Grosseteste University where he lectures on risk, emergency management and climate change. In addition, Kevin is the communications coordinator for the Gender and Disaster Network and runs a number of social media accounts on #InclusiveDRR and #NoNaturalDisasters.

Terry Cannon is Senior Research Fellow at the Institute of Development Studies, at University of Sussex, where he teaches postgraduates in climate change and development. He also teaches disaster risk management at King’s College London and other many other universities as guest lecturer. His research is on how vulnerability to natural hazards and climate change is affected by systems of power and by cultural beliefs that affect perceptions of risk. He has a background in development studies and was previously at Institute of Social Studies (The Hague), the University of Greenwich (London) and the Natural Resources Institute (UK). He co-edited and co-authored the IFRC World Disasters Report 2014 focus on Culture and Risk, and is co-author of At Risk: natural hazards, people’s vulnerability and disasters (with Wisner, Blaikie and Davis), which is one of the most widely cited and used works in disaster risk reduction. He has been working on Bangladesh cyclone preparedness and how to protect livelihoods as well as lives, and published two of the earliest papers on gender and climate change in Bangladesh.

Ilan will provide some closing remarks on the evening’s presentations and considers what they suggest for future research directions.

Ilan Kelman is Reader in Risk, Disasters, and Global Health at UCL, jointly appointed between IRDR and Institute for Global Health. Ilan’s main research interests link disaster and health topics through (i) diplomacy, namely disaster diplomacy and health diplomacy; (ii) climate change; and (iii) island and polar locations. Bringing research into the classroom he coordinates modules on 'Conflict, Humanitarianism, and Disaster Risk Reduction' and 'Climate change and health'. He lectures on migration, sustainability, gender, and disability, connecting practice with theories of vulnerability, resilience, disasters, islandness, Arcticness, and climate change's role. His recent consultancies have been for the international and national agencies as well as the private and non-profit sectors. His work has appeared throughout the media around the world.