In the Spring of 2008, many will have seen headlines about a "rice shortage" in Asia. Much of Asia depends on rice as a staple food, and so it has been for some 1000s of years.

As most will know rice is a regular component of the cuisines of India, China and Southeast Asia, and it has been since the very beginnings of farming. East Asia, Southeast Asia and the Indian subcontinent boast the world's highest population densities, and this is possible in large measure because of rice, which in the appropriately irrigated fields is by far the world's most productive grain. 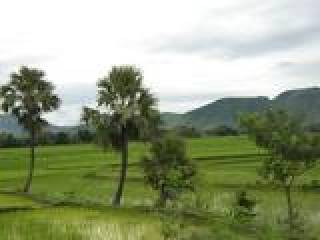 While rice has featured in the agriculture of South and East Asia since prehistoric times, recent archaeological research has offered new insights and raised new questions about when, how and why rice first came to be cultivated.

The highly productive rice crops of today are domesticated plants, which differ in morphology and genetics from wild rice by possessing adaptations that make them productive in cultivation but also dependent on cultivation for survival.

Improved methods of archaeobotany are providing new insights into how domesticated rice evolved. There is increasing recognition that we need to, and can, distinguish the beginnings of "cultivation" when human behaviours changed, and "domestication", when the plant itself subsequently changed to become a better crop. In addition, genetic research is offering additional information. For an up to date summary of archaeobotanical approaches to rice, download Rice: A users manual for archaeologists (Jan. 2018). 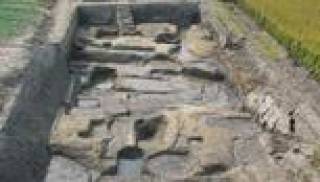 There are potentially many different forms of rice cultivation, including artificial wetlands (paddy-fields), cultivation on natural monsoon rains and river inundation and even inclusion of rice in slash-and-burn agriculture of some tropical mountain regions.

Which of these systems of cultivation came first is a question that is becoming answerable, and is a major research aim of the Early Rice Project.

Our conclusions so far are presented in the open access article "Pathways of Rice Diversification across Asia" (Dec. 2016)

with earlier results summarized in "The Early Rice Project: From Domestication to Global Warming" (Dec. 2011).