Rice is one of the worlds most important crops, and it has a long history of supporting dense populations and civilisations throughout East, South and Southeast Asia.

The Early Rice Project will reveal the history of rice cultivation comparatively across the region using cutting age archaeological science. One major aim is to reconstruct how rice was grown across the region at different times. Rice may be grown in wet cultivation systems (irrigated or flooded) and dry cultivation (based only on rainfall, often in upland areas), and in intermediate lowland, rainfed conditions. These different systems have important implications in terms of how productive rice is, and therefore how much human population it can support, as well as how labour-intensive it was. Dry systems yielded less but also cost less in terms of labour. How rice was grown has important implications for the impact that humans and rice had on environmental change. Intensive systems tend to require greater landscape modification and by supporting higher populations have knock-on effects on other resources, for example through deforestation. Another very important impact is the production of methane, a greenhouse gas that contributes to global warming. Dry rice cultivation systems produce little methane whereas the more productive wet systems produce a lot. It has been hypothesized by some climate scientists that methane from rice contributed to an anomalous rise in methane over the past 5000 years which is not explained by natural sources. If so, then this has contributed to global warming even before the industrial era and will need to be factored into models that hope to predict where global climate change is going. One of the aims of this project is to ground truth this hypothesis by modelling up from the empirical archaeological evidence for rice cultivation over time to assess whether this fits with explaining at least part of the methane anomaly. In order to do this we need better evidence not just for where and when rice was cultivated but also whether it was grown in wet or dry systems. Through systematic study of archaeologically preserved seeds, we can identify the weed flora associated with past rice and whether it fits with a wet or dry system. In addition we have developed methods for classifying the assemblages of phytoliths (microscopic silica from the decomposition of plants) from archaeological sites as indicating wetter or drier rice cultivation regimes. We are now hoping to apply these methods over a larger number of sites and regions, especially regions for which archaeobotanical evidence for early rice is limited or lacking. By combining these new results in a GIS modelling system, together with data from other parts of the region, mostly collected by us and colleagues over the past few years, we will be better able to produce realistic spatial models of the spread of rice, the extent of wet rice, and likely methane emissions over time. We will also be able to improve our understanding of how the development of rice agriculture relates to the long-term history of human societies in this region.

What we are doing: 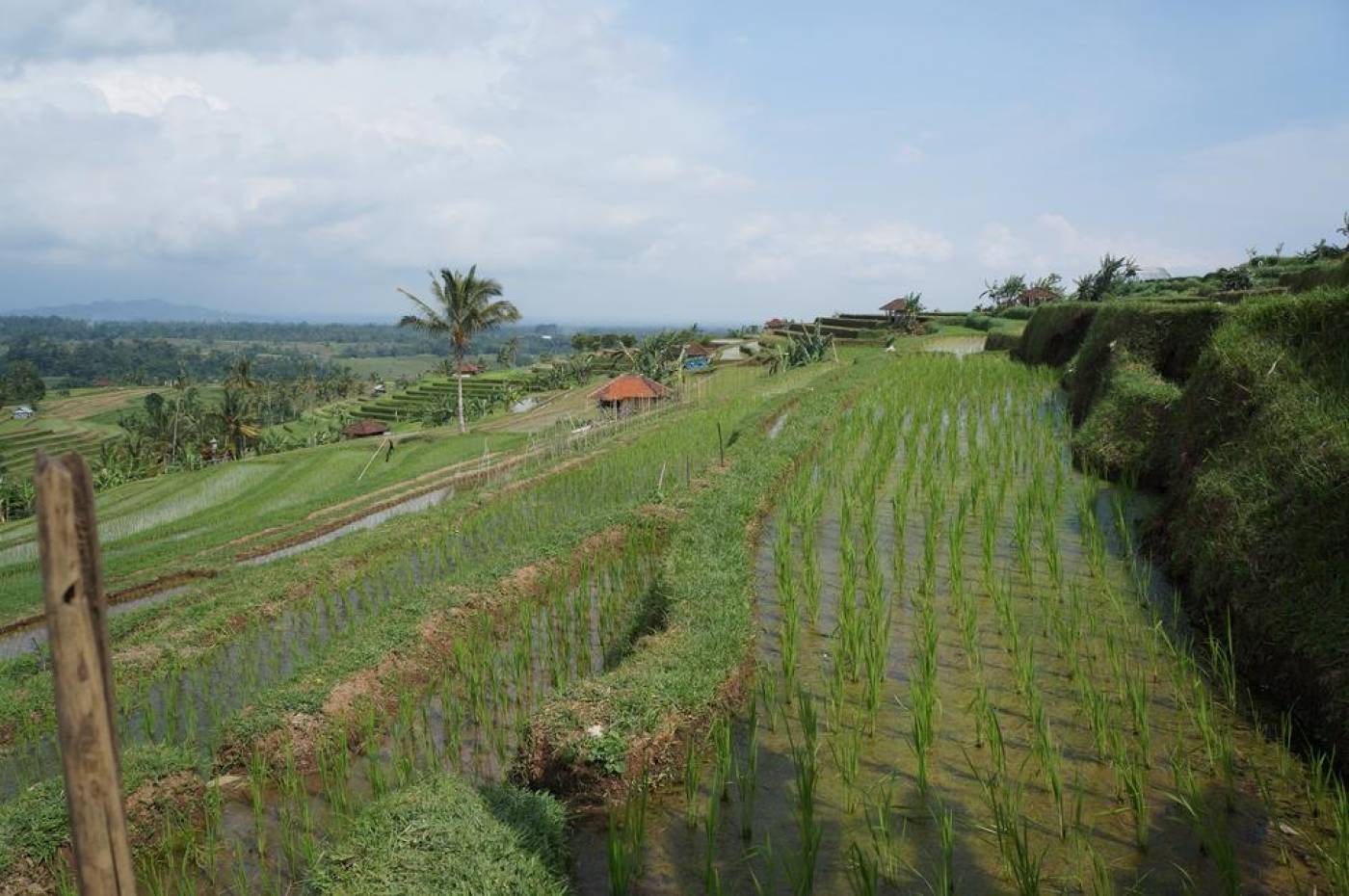 Thanks to a series of three grants years of funding from the Natural Environment Research Council (NERC) this project ha been able to develop and deploy new archaeobotanical methods for reconstructing the origins of rice, its various systems of cultivation and how these evolved through time in India, CHina and Southeast Asia, as how the cultivation of rice in turn may have impacted the Earth System through the production of methane (a greenhouse gas).

Through the systematic recording of modern traditional farming techniques, we have created a unique record of rice ecology that we can compare to the archaeological record through both the recovery of seeds (plant macro-remains) and phytoliths (plant micro-remains).  This comparison has provided new insights into the the wet ecologies in which rice was first cultivated in China, versus rainfed ecologies that were found with the earliest rice cultivation in parts of India and Southeast Asia, as when transitions from dry to wet rice occurred in South and Southeast Asia.

We have also been considering how rice cultivation in the past may have impacted global climate. We are using our growing database of archaeological rice occurrences and the separation of methane-producing wet rice from dry rice for modelling patterns of methane gas emissions from rice farming in the past. Through improved archaeological science and more data across Asia, we aim to improve our understanding how this global staple crop has impacted the environment throughout its complex relationship with humans.

How we will do it:

This project involves the study of modern farming sites across Asia in order to develop a model of rice and associated plants for each site.  This provides  a 'modern analogue assemblage' which indicates diagnostic factors attributed to the different methods of rice farming we study such as dryland, wetland paddy, irrigation, etc.  Our analyses have already suggested a new method for the archaeological study of rice agriculture that can be used by archaeologists and palaeoclimatologists as a new tool in understanding the wider context of rice sites across Asia. We are now further refining and testing these analogue model derived from modern rice field studies.

We can compare these models with evidence from the archaeological record. We have previously studied samples from sites in Eastern and Central China as well as some sites in India and early historic Sri Lanka (information on some of these sites can be found here). A major achievement previously was to clarify is at what point domestication occurred in China, based on preserved evidence for morphological change in rice, and to set that against our new weed flora and phytolith assemblage evidence for how rice was being cultivated as it was domesticated. These data indicate it was grown wet in inundated wetland margin, but in conditions that were kept somewhat drier than those of its ancestor.

Now we are aiming to expand sampling in the southern provinces of China, such as in Yunnan, Guangdong and Fujian, in countries of Southeast Asia, including Thailand and Vietnam, and further sampling in South Asia, including in India, Sri Lanka and Bangladesh. The comparison will produce a clear and easily applied method of detecting rice ecosystems through the type of rice plant and agriculture indicated.  There are several theories on when this took place, and this project will produce models that can clearly map out the evolution of rice plants from wild to domesticated, and the different methods of farming that created these changes.

In order to produce these results we will be analysing seeds and the concentration of their appearance in the archaeological record.  Of significant use will be the analysis of silica remains of plants and algae known respectively as plytoliths and diatoms.  These remains withstand the decay normally affecting carbon based plant forms and form an important part of the archaeological record that can reveal the type of plants present and at what stage of domestication they have reached.  This in turn shows us what types of agriculture and rice ecosystem created physiological changes in the plant so that we can diagnostically pinpoint the evolution from wild to domesticated rice.

Once we have modeled rice domestication and the type of agriculture present we can look at the wider implications of field system typology.  Wet rice farming produces large quantities of methane, and a better understanding of how much wet rice cultivation in the past can contribute to a better understanding of the role of human activity in modifying the global environment in prehistory. Since Methane is a greenhouse gas, it has been proposed that rice cultivation from 3000 BC began to elevate methane levels and cause global warming. The data collected from this project and models created will allow us to test this hypothesis from archaeobotanical evidence from many other sites of prehistoric rice cultivators.  This may also allow us to address current climate change issues relating to rice farming, and develop new systems of how to balance crop production while lowering greenhouse gas emissions.

Why it is Relevant:

Because rice is one of the world's great staple foods, and eaten regularly in Britain, especially by many of London's ethnic minorities, the origins and history of rice agriculture and its implication for past cultural modification of the environment is expected to be of great interest to the public at large.  It is therefore expected that this project will have great potential for developing outreach to the general public, especially including Asian minority groups, about the role of Science-Based archaeology in contributing to knowledge about the human past and human-environment interactions in the long term and especially in Asia. This research has great potential in education, especially in A-level courses, as the focus for projects in Geography, Biology or Archaeology.