This year’s agenda covers project updates, technology trends, space environment and scalable infrastructures. It will also give an unparalleled opportunity to meet with government decision makers, military and industry’s lead satellite providers and integrators under one roof.

Key highlights for 2020 include:

Analyse the space landscape and the impact of Brexit on the UK’s space industry. Network with over 100 delegates across the milsatcom value chain. Mitigate the impact of extreme weather and volatile space environment. Understand the role of the private sector in meeting military requirements. Explore the hybrid threats and technologies for satellite communication. Build scalable, resilient and innovative infrastructures for milsatcoms.

Deputy Director of the UCL Space Domain Prof Serge Plattard will speak on:

On 31st January 2020 The Satellite Applications Catapult (SAC) held an event at Harwell at which the Australia-UK Space Bridge was described. 50 representatives, mainly from industry, attended with a further 190 on
line. I attended for UCL. Catherine Hamelin and David Livingstone of the SAC presented, followed by an on-line Q&A session. The origins of the Bridge were said to be from the Australian SmartSat CRC - both were said
to be mechanisms to bring industry and other partners together to further space-related innovation. UCL is an international partner to the CRC and I had just returned from a visit to Adelaide to explore opportunities. In fact the similarity between the two structures is not that great, the CRC is a club which has very significant funds to spend
while the Bridge (at least at the UK end) is looser and there appears to be relatively little targeted funding.

The Bridge was described as 'A strategic government framework to strengthen international alliance to provide industry with: increased collaborative technology development opportunities; access to new and global market channels and strategic partnerships for commercial exploitation into third party nations; improved industry and market awareness and opportunities to influence the international technology landscape'. The bridge was envisaged in four layers (1:Government to Government; 2:Regulator to Regulator; 3:Trade and Investment; 4:Business
to Business, Skills, Academia, Collaborations and Commercial Exploitation). The SAC was interested in layer 4 and is positioning itself as the gateway (or possibly gatekeeper - a fear expressed by industry) to layer 4.

The SAC claimed that 'Australia was where the UK was 5 years ago' although this appears to be more related to how it is organized rather than its capability or capacity. The SAC were just back from a roadtrip around most of the Australian States and Territories (excluding Queensland, Tasmania and Northern Territories on this trip through lack
of time). Some general areas of opportunity were mentioned. For instance Western Australia were strong on AI while South Australia had a lot of engagement in the defence sector.

The Q&A session indicated a degree of skepticism from parts of industry and gave the opportunity for the SAC to assure everyone that they did not want to interfere with existing relations (note for instance Thales has 3500 people working in Australia!) and that everyone was free to explore relations independently.

However, given our relationship with SAC through the Space Applications Interest Group and the SmartSat CRC it would seem to be something worth staying in touch with.

More information about the event can be found at https://www.ucl.ac.uk/research/domains/space/publications-and-resources 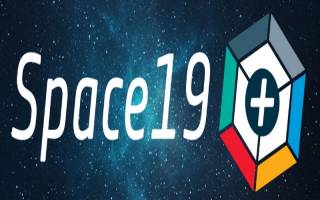 ESA Director General Jan Wörner’s endorsed proposal contains of a roadmap for ESA and the EU to continue to finance and implement space programmes in Europe in a sustainable and efficient way, and also lays out a vision for the internal functioning of the agency, adapting to changes in the space sector. He proposed to have ESA programmes organised along four programmatic pillars:

Exploration & Science, 31% of ESA programmatic funding for the next 3 years

With such an affirmed German leadership on the Agency, some in the space community don’t hesitate to say that Berlin has laid the bed for its manufacturing industry, particularly OHB as a main Galileo and Earth observation programmes prime contractor.

As of now, Earth observation is oversubscribed by 29%, telecoms gets -13%  (but still +30% compared to what it got at the previous ministerial), and safety & security got less than expected by a significant amount, meaning that the Lagrange mission may develop at a slower pace, and possibly ADRIOS too (active space debris removal).

Out of the 1.953 b€ for human and robotic exploration, the Moon effort accounts for about 25%.

In his concluding remarks, Manuel Heitor, the Portuguese minister co-chairing the council with his French counterpart Frédérique Vidal, underlined the great deal of consensus over the programmes. He insisted twice how well ESA shows as an independent autonomous intergovernmental organisation and hailed the strong British engagement in the organisation. 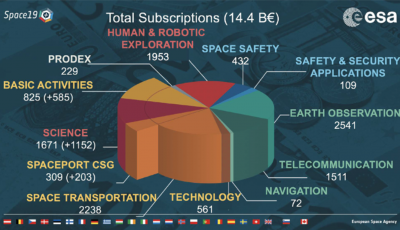 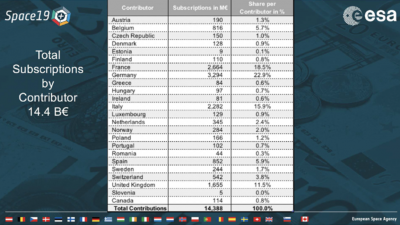 Events and Opportunities from Catapult here.

There are no items for this feed at the moment. 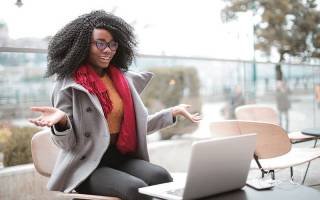 The following Teams webinars will take place this year. Each begins at One O'clock
although the meeting will open at 12:30

Call for Speakers for One O’clock Space Webinars

Have a great Space related Research Project that you would like to showcase? The Space Domain welcomes abstracts and nominations of speakers for our One O'clock Space Webinars for Term 1& 2 for 2020/2021 Academic year. More information. Apply here. 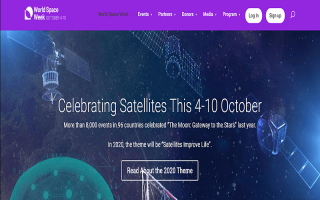