First UK surgery in the womb for babies with spina bifida

A team from University College London Hospitals (UCLH) and Great Ormond Street Hospital (GOSH) has operated on the abnormally developed spinal cords of six babies in the womb, in a UK medical first. 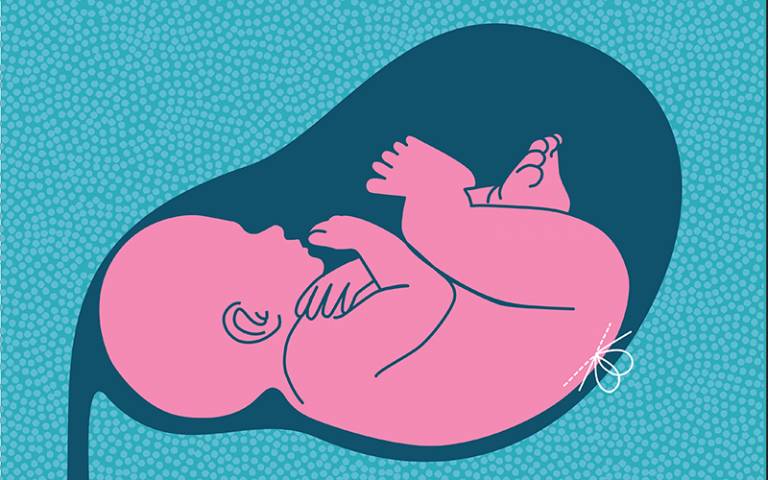 Until now, mums whose babies were diagnosed with spina bifida could choose to have fetal surgery abroad or have postnatal surgery after the baby is born.

The team, coordinated by UCL's Professor Anna David (UCL EGA Institute for Women's Health) with Professor Paolo de Coppi (UCL Great Ormond Street Institute of Child Health), repaired the defect in the spine of two babies with open spina bifida while they were still in the womb, in separate operations during the summer of 2018.

They have since successfully operated on four more babies in the UK. A further 11 women travelled to have surgery at Leuven, Belgium through our links with UCL Visiting Professor Jan Deprest, who trained our team and is University College London Hospital’s (UCLH) fetal surgical lead.

The operations launched the UCL Centre for Prenatal Therapy, which brought together researchers from UCL working with NHS clinicians from UCLH and Great Ormond Street Hospital (GOSH) in partnership with University Hospitals Leuven in Belgium to carry out the operations in the UK for the first time.

After a trial was successful in the US, Anna and the team spearheaded a three-year drive to bring the surgery to the UK.

This specialist fetal surgery will give the baby a significantly better chance in life, as compared to postnatal surgery, as babies with spina bifida are very often incapable of walking, and may require a series of operations to drain fluid from the brain (shunt placement) later in life. The team won the BMJ Awards Clinical Leadership team of the year 2019.
UCL and GOSH researchers are working with engineers at Wellcome / EPSRC Centre for Interventional and Surgical Sciences (WEISS), King’s College London and KU Leuven to develop new fetoscopic tools and imaging techniques to support prenatal therapy.

The project called GIFT-Surg will optimise a less invasive fetoscopic repair technique and is funded by the Wellcome Trust and the Engineering and Physical Sciences Research Council (EPSRC).

The Centre for Prenatal Therapy programme at UCL, UCLH and GOSH was made possible thanks to generous charitable funding totalling £450,000 from GOSH Children’s Charity and UCLH Charity.