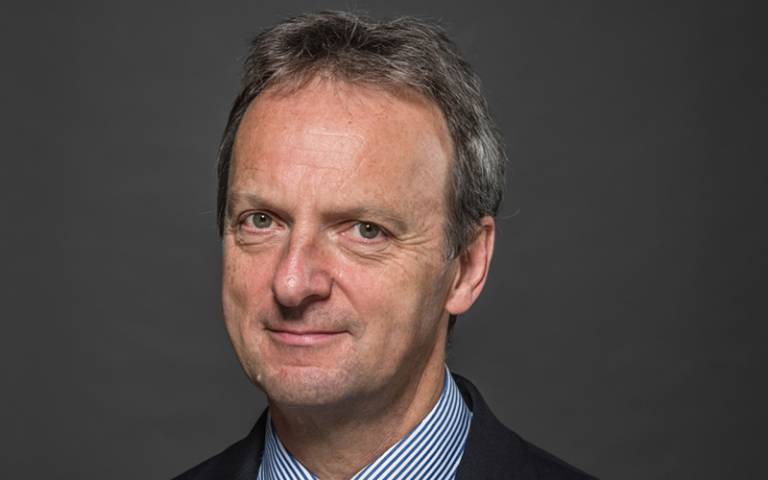 Professor Sir Terence Stephenson is a consultant paediatrician and chair of the General Medical Council (GMC). He is also the Nuffield Professor of Child Health at UCL. In January 2018, he was knighted for services to healthcare and children's health services.

What achievement have you been most proud of across your career?

I think it has to be my election as President of the Royal College of Paediatrics and Child Health for 2009-12. I have been practising in paediatrics continuously since 1985 and to be elected by one's peers in a College where every Fellow and Member of every seniority has a vote was a very proud day indeed.

Who or what has been your greatest inspiration?

Professor Sir David Weatherall and Professor Sir David Hull. They were born within a year of each other in the early 1930s, and were both University of Liverpool graduates from the north west who spent time in compulsory military service post-war. I was fortunate to work for both of them. I don't know whether it was because of that shared background, but they were both personally modest yet inspirational clinical academic leaders. Both were great teachers and undertook ground-breaking research, but also remained admired clinicians with a sensitive bedside manner and a nose for the correct diagnosis.

What do you consider to be the threats and opportunities facing the NHS today?

I am a great believer in the ability of doctors - individually and collectively - to turn challenges into opportunities and new ways of working. It seems clear that an ageing population, living longer and with co-morbidities, means we need to be smarter about the way we train the doctors of the future. The pressure on acute services and the increased cost of innovative diagnostic technology also can't be ignored, nor the implications for patients and doctors of that heightened diagnostic ability. We are at a crossroads for the NHS where we can choose to keep plugging away in the hope that training doctors as we do now will encourage them to stay in the NHS; or we can have a grown-up discussion about why the NHS has become a less attractive place to work and what we need to do to equip the service with the type of doctors it will need, and where, in the next 10 to 20 years.

Do you think clinical academic paediatrics and child health are in a good place?

Academic paediatrics and child health is in some ways in a better place than when I became a university lecturer in child health in 1986. For me at that point in time, four years guaranteed in one city was a huge relief after six different six-month jobs in six different hospitals in three different cities. There was no integrated academic training pathway so that aspiring medical academics often depended on a succession of 'soft money'. There was no Royal College of Paediatrics and Child Health to advocate for paediatric academic trainees who often worked many hours on the clinical service and senior academics often had very heavy NHS workloads. However, on the other hand, today I see much greater expectations on trainee doctors from families, fragmentary rotas and rota gaps, a less convivial hospital environment in which to work, and greater demands by universities and funders to see quick, demonstrable outputs.

What does the year ahead hold for you?

I have been very fortunate that UCL agreed for GMC to pay the university for me to be seconded from the Institute of Child Health for three days a week since 2015. My aspirations for 2018 are to complete my four-year term as chair of the GMC on 31 December 2018, having advanced the four main goals which I set out during the appointments process in 2014:

I am in the process of revalidating for the second time in 2018 to allow me to continue in clinical practice and to continue to teach undergraduates and postgraduates, which I have been involved in every year since 1986.