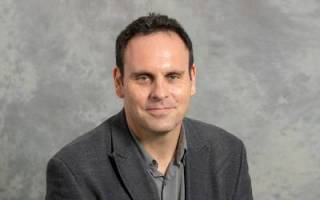 Colin Provost is an Associate Professor of Public Policy.  He received his PhD in Political Science from Stony Brook University and prior to his time at UCL, he was a Prize Post-Doctoral Research Fellow at Nuffield College, Oxford University.  His research focuses on how law, politics and administration affect the regulation of business.  This research, which has been supported by the British Academy and the National Science Foundation, has been published in numerous political science and public policy journals and handbooks (see publications below).  He also writes for public audiences in outlets such as The Conversation, The Globe Post and the Washington Post Monkey Cage, among others.  Colin is a research collaborator with the UCL Global Governance Institute, a member of the UCL Centre for U.S. Politics and a co-convener of ComplianceNet, an organisation of scholars devoted to studying the intersection of rules and human behaviour.  From 2011-2013, he was Director of Environmental Governance for the UCL Environment Institute.

Colin’s research focuses on regulatory governance and regulatory compliance, with a particular focus on state and federal regulation in the United States.  Much of his previous research has examined how U.S. state attorneys general work together to enforce consumer protection and market competition laws, through the use of multi-state lawsuits.  His current research analyses whether businesses comply with the requirements of such lawsuits, and whether their long-term regulatory compliance records improve as a result.  A second strand of this compliance research examines how the revolving door from state attorney general offices to private law firms affects enforcement of state regulations.  Colin is also working on a British Academy funded project to examine the effects of corporate reputation on compliance with labour laws, such as the UK Modern Slavery Act.  Finally, he has also published several articles and chapters on standard setting and enforcement in environmental regulations.