Donald Trump and Climate Change Policy: What Can He Actually Accomplish?

Dr Colin Provost (UCL School of Public Policy) comments on President-elect Trump's ability to bring change to environmental policy in the US. 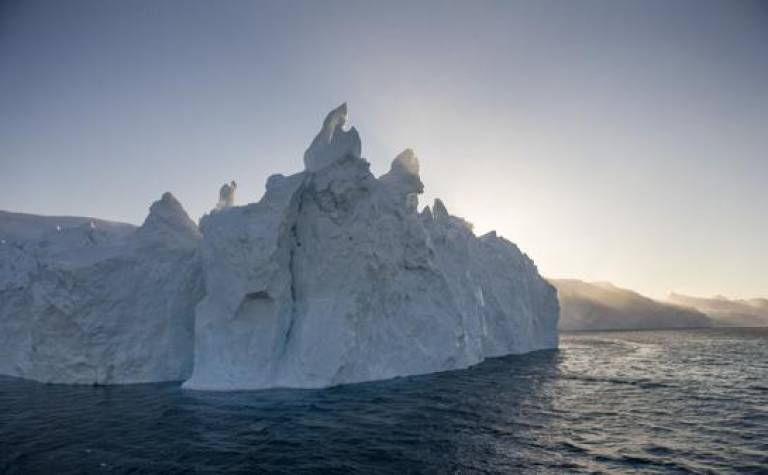 Donald Trump's victory on November 8th has the potential to dramatically reshape American environmental policies and efforts to combat climate change. Trump has made no secret of his belief that climate change is not real and during the 2016 election campaign, he pledged to "cancel" the Paris Agreement on climate change, as well as boost employment in the production of fossil fuels, most notably the coal industry. Thus, a Trump Administration does promise a shift in environmental policy, but how much of one?

With Republicans in control of the Senate, the House of Representatives, as well as most state governments, President-elect Trump will have a wide degree of latitude for breaking away from President Obama's policies designed to combat climate change. However, even with the stars aligned for the Republican Party, Trump will face resistance at different levels of government, as well as from market forces, which will likely blunt his ability to produce the far-reaching change he desires.

President-elect Trump's ability to bring change to environmental policy will begin with the personnel he selects to head key agencies at the federal level. Most likely, we will see fossil fuel industry insiders and possibly climate sceptics to head the Environmental Protection Agency, the Department of Energy and the Department of Interior. President George W. Bush was well known for employing such a strategy with federal personnel and all signs indicate that Trump will follow a similar pattern. Indeed, he has already named Myron Ebell, a well-known climate sceptic to head his transition on environmental policy. Ebell, who currently directs energy and environmental policy at the Competitive Enterprise Institute, is a vocal opponent of President Obama's Clean Power Plan, considered to be the signature effort of the Obama Administration to reduce carbon emissions and shift more resources towards the use of renewable energy. A Republican Congress is unlikely to resist Trump's nominees and the two branches of government also may agree to cut the agencies' budgets where possible. The new federal policy regime is likely to see a combination of both weaker standards and more relaxed enforcement. Obama's Clean Power Plan, which sets specific targets for reductions in carbon dioxide emissions, but gives the states wide discretion for achieving those aims, will be replaced by less stringent rules while enforcement of existing rules will provide a lighter touch for business as well. Even if individual agencies end up writing stronger rules than anticipated, they are bound to be vetoed by the new head of OIRA, the Office of Information and Regulatory Affairs, who acts as executive gatekeeper for newly crafted rules considered to be systemically important. Trump is also likely to use executive orders to stress the costs of new regulations. Specifically, he will probably want to ensure that agencies carefully consider the impact that new rules have on jobs and employment, particularly in the fossil fuel industry. Agencies will therefore face a higher bar than under Obama in ensuring that proposed benefits of new rules exceed the costs.

Despite these levers of institutional power that will allow Donald Trump to reshape environmental policy, he is likely to run headlong into at least four significant political and economic roadblocks that threaten to hinder his momentum. First, assuming he pursues his campaign pledge to bring jobs back to the coal industry, Trump is highly unlikely to succeed. While some within the Appalachian coal industry have chosen to believe that Obama-era regulations are responsible for their plight, the truth is that the advent of hydraulic fracturing, also known as fracking, for natural gas and shale oil has borne just as much responsibility, if not more. Fracking is not without controversy, but the natural gas it produces can be used to produce electricity with far fewer carbon emissions than coal can, making it a far more appealing alternative for electricity producers. Additionally, consumption of coal in China has declined as well, making life more difficult for coal exporters in the U.S. Thus, weakening clean air regulations can only help the coal industry at the margins, as market forces bear as much, if not more, responsibility for the industry's troubles.

Second, if the Trump Administration attempts to take apart The Clean Air Act, the linchpin of American air pollution policy, numerous groups, such as the Sierra Club, Greenpeace and the Natural Resource Defence Council stand at the ready to challenge the legality of such maneuvers. More importantly, state attorneys general on both sides of the aisle have for many years now harnessed the collective power of their offices to challenge both Democratic and Republican Administrations on environmental policy. Under President Bush, AGs in the northeast brought lawsuits against the Bush EPA, in attempts to get it to enforce existing regulations more stringently, famously producing the Supreme Court case of Massachusetts vs. EPA in which it was ruled that the EPA had the authority to regulate carbon dioxide emissions under the Clean Air Act. From 2010 onward, a number of Republican AGs aligned with fossil fuel interests came to power and proved to be a thorn in the side of Obama's EPA throughout his presidency. Indeed, a challenge brought by 27 Republican AGs against Obama's Clean Power Plan is why we are currently waiting to hear on the legality of the policy from the D.C. Circuit Court of Appeals. The current balance of AGs is 28 to 22 in favour of Republicans, but Democratic AGs, such as Eric Schneiderman of New York and Maura Healey of Massachusetts (who are particularly concerned about downwind emissions from Midwestern manufacturing states) won't hesitate to use lawsuits to prevent backsliding on clean air policies.

Third, in addition to their ability to challenge federal policies through litigation, the states will be pivotal in other ways during the Trump Administration. States with Democratic governors or legislatures will continue crafting strong clean air policies and such policies can have important spillover effects. California has always had stringent emissions standards for automobiles and because American auto makers do not want to forego the Golden State as an export destination, they typically have little choice but to comply with California's standards, which in the past have provided the template for new federal standards. Moreover, even if the courts strike down the Clean Power Plan, many states have already begun to implement it and do not anticipate major problems in meeting its standards, partly due to the availability of cleaner burning natural gas instead of coal. All of this is to say nothing of the hundreds of local governments and major businesses that have taken their own joint and collective action against climate change and do not necessarily welcome a resurgence of fossil fuel use. Fourth and finally, although Trump indicated on the campaign trail that he intended to "cancel" the Paris Agreement, the reality of withdrawing the U.S. from the Agreement is more complicated than Trump acknowledged during his campaign. Nations that ratify the agreement must decide on a "nationally determined contribution" to emissions reduction and then resolve the question of how they will reach that objective. As of this writing, 109 of the nearly 200 nations who originally signed up have ratified the agreement, effectively making it international law. The United States itself has ratified it, along with Australia, Brazil, China, India, Russia and the European Union, nations that together account for the overwhelming majority of carbon emitted globally. Reaching this consensus required years of work and it is highly unlikely that Trump could bring all the nations back to the table to renegotiate the standards behind Paris. But what if Trump decided to withdraw just the U.S. from the Agreement?

The Agreement does not allow member states to withdraw within the first four years of ratifying the agreement. Withdrawal can take place within one year, but only by also withdrawing from the United Nation's Framework Convention on Climate Change. Removing American participation from either agreement would generate political costs with other nations, particularly in the case of the UNFCC. India in particular would be alarmed, as the U.S. government under President Obama has pledged tens of millions of dollars to help India develop renewable energy sources. Additionally, Trump may be able to walk back some Obama policies, but other steps to implement the Paris Agreement have already been taken. Congress has approved tax credits for the production of renewable energy, such as solar and wind power, and reversing this policy would require the votes of all Republicans in the Senate, as well as a handful of Democrats, who are unlikely to go along.

Thus, while there is the potential to shift environmental policy significantly, particularly at the federal level, there may also be stark limitations on what he can accomplish as president. Many states will continue with their own policies in the anticipated inaction to come and some will also use the courts as they see fit to prevent significant backpedalling at the federal level. Additionally, market forces will work against Trump's desire to help the coal industry, as exploration for natural gas will make coal increasingly obsolete. Finally, the momentum for dealing with climate change is significant both at different levels within the United States and around the world. President Trump may at some point actually find it easier to go along with this momentum rather than roll back the accomplishments of the Obama Administration.