What does it mean to hold someone accountable?

Albert Weale argues that we need a clearer sense of accountability if we are to restore faith in democratic politics. 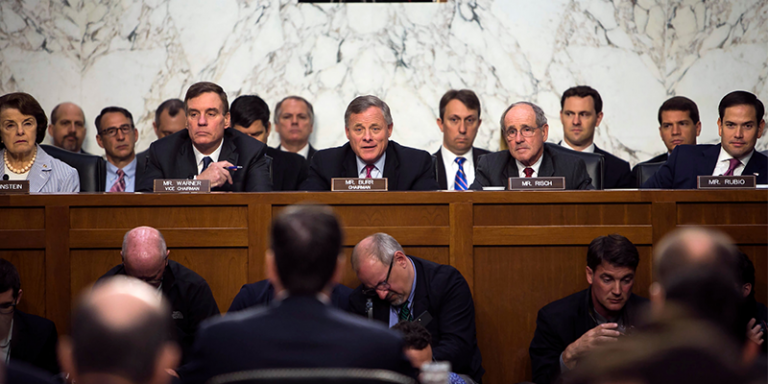 A common demand of governments is that they should be accountable.  But what do we mean by accountability and why is accountability relevant to policy analysis and the work of an institute like the UCL Policy Lab?

To answer these questions, we need to identify the core idea of accountability.  That idea runs something as follows.  Agents are accountable when they can explain their choices.  Often, we think of accountability in terms of electoral accountability, where political parties in government explain what they have done with the prospect of losing office if the electorate does not find the explanation satisfactory.

But accountability is not simply about electoral politics. Unelected bodies, like independent central banks or health technology assessment agencies, also have duties of accountability to the publics they serve, explaining the reasons they have for their choices.

To be able to explain yourself is not the same as convincing others that you are right.  Instead, it means being able to set out the grounds of your policy choice in an argument.  The term ‘argument’ here does not mean argument in the everyday sense, the sort of argument that people get into in the pub on a Friday night.  Instead, it means an argument in the sense in which logicians use the term, a chain of reasoning from premisses to conclusion carried out through valid principles of inference.

For example, the rate-setting committee of a central bank may say that it has decided not to raise interest rates because it has grounds for thinking that high inflation is temporary.  Or a health technology assessment agency might say that it has rejected funding for a particular drug because it yields little clinical benefit.  In each case there is a chain of reasoning aimed at justifying the policy.

However, explaining the reasons why you have made a choice does not imply that people agree with you.  Disagreement in public policy is the norm, not the exception.  This means that the key element of accountability is that people can understand the chain of reasoning that has led you to the conclusion you have adopted.  They may still disagree, but if they can understand the reasoning they can evaluate the validity of the policy argument, usually in one of three ways: logical validity, empirical validity and normative validity. Accountable public reasoning must be reasoning, that is to say, it must use valid principles of inference.  How many times have you heard governments say ‘we introduced a policy and crime fell/incomes increased/rates of sickness declined/employment went up’ and so on?  But to infer causation from sequence in time is one of the oldest logical fallacies in the book, known as post hoc ergo propter hoc (after the fact, therefore because of the fact), used by sellers of snake oil down the ages.

Once you start to listen out for logical fallacies, you come to appreciate how common they are in everyday policy and political arguments.

This leads naturally to empirical validity, since empirical social science is concerned with assessing whether claimed causes of policy outcomes really are the causes, whether because something is after-the-fact means that it is because-of-the-fact.  One reason why there is so much disagreement in public policy discussions is that it is typically extremely hard, if not impossible, to find credible evidence that would decide a question either way.

Take the question of policy on organ donation.  Many people think that switching from a regime of donors having to opt-in to a register of organ donation to a system in which people are assumed to be donors and must opt-out if they do not wish to be donors raises the number of organs available for donation.  Yet, although common sense and much public discussion assumes that the number of organs available for transplant would increase with opt-out, the available empirical evidence actually suggests that there is little or no effect on organ availability.  This is a relatively simple case, but even here the required social science skills, particularly in statistical analysis, need to be advanced.

What then of normative – or moral -- validity, which is often the poor relation of policy analysis?  Normative theorists study the meaning of ideas used in public policy.  For example, there is general agreement that a health service should provide ‘good value for money’.  But what does this phrase mean?  In UK policy it has been specified as providing the largest aggregate gains in life expectancy weighted by the quality of life associated with those gains.  It is an almost direct application of utilitarian thinking.

Yet, as normative theorists have stressed over many years, aggregate benefit can leave importance questions of distribution out of the picture.  In particular, it risks neglecting issues of health inequalities.  Here we need the skills of normative analysis to develop and specify other ways of defining a common goal stated at a high level of abstraction.

Attention to logical validity, sound empirical evidence and clear-headed normative thinking seem simply requirements of policy reasoning, but they set a demanding standard of policy makers and a challenge for policy institutes like the Policy Lab.  Yet, they are all essential if we want, as we should in a democratic culture, our practical public reasoning to be properly accountable.