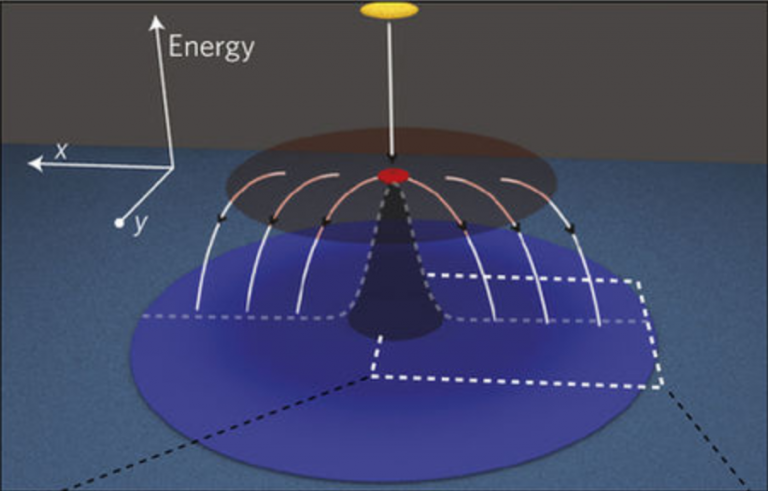 In a two-dimensional fluid disorder-causing mechanisms are exceptionally strong and so an absolute order cannot be achieved. Nevertheless, there is an enormous difference between systems of lesser and of greater order (for example between an ordinary fluid such as water and a superfluid such as liquid helium). Liquid helium can flow without any friction and even escape up and over its container walls, which ordinary fluid will not do. The transition between superfluid (say at low temperature) and normal behavior (at high temperature) in two dimensions, is particularly dramatic: It is caused by the appearance of a large number of topological defects in the form of vortices—tiny tornadoes—that destroy the more ordered state. This is the celebrated Berezinskii–Kosterlitz–Thouless (BKT) phase transition for which a Nobel prize in Physics was awarded in 2016. It has been shown to occur in seemingly remote physical systems ranging from liquid helium, ultracold atoms and superconducting thin films to ensembles of spins.

An open question is:  is such transition possible for particles of light (the photons) that cannot be perfectly trapped in any container? Their inevitable escape has to be counterbalanced by an external influx to keep the situation steady. In the paper published in Nature Materials the theory team led by Marzena Szymanska from UCL Physics and Astronomy and the experimental team led by Daniele Sanvitto from  CNR NANOTEC in Italy find that the transition is still caused by proliferating tornadoes, and for the first time show its signature both in space and time correlations. This is all possible thanks to their ability to create a long-lived fluid of light in specially engineered semiconductor microstructures. The elementary particles present in these structures are called exciton-polaritons and are half-light half-matter particles. Thanks to the spatial confinement photons have non-zero mass and they can interact via the matter component of polaritons forming a quantum fluid very similar to liquid helium.  These results were published in Nature Materials, December 2017.