From the foundation of UCL, philosophy was intended to play an important part in the curriculum.

The 'London University' (as it was then called) opened its doors in October 1828. Writing a century later, George Dawes Hicks explained the original Council's intentions concerning philosophy:

Although Bentham's physical presence remains with us, Bentham was never a professor at UCL. The first Chair was filled in 1830, by John Hoppus; only in 1904 would a second Chair be filled.

For more on the history of philosophy at UCL:

A timeline of Philosophy at UCL 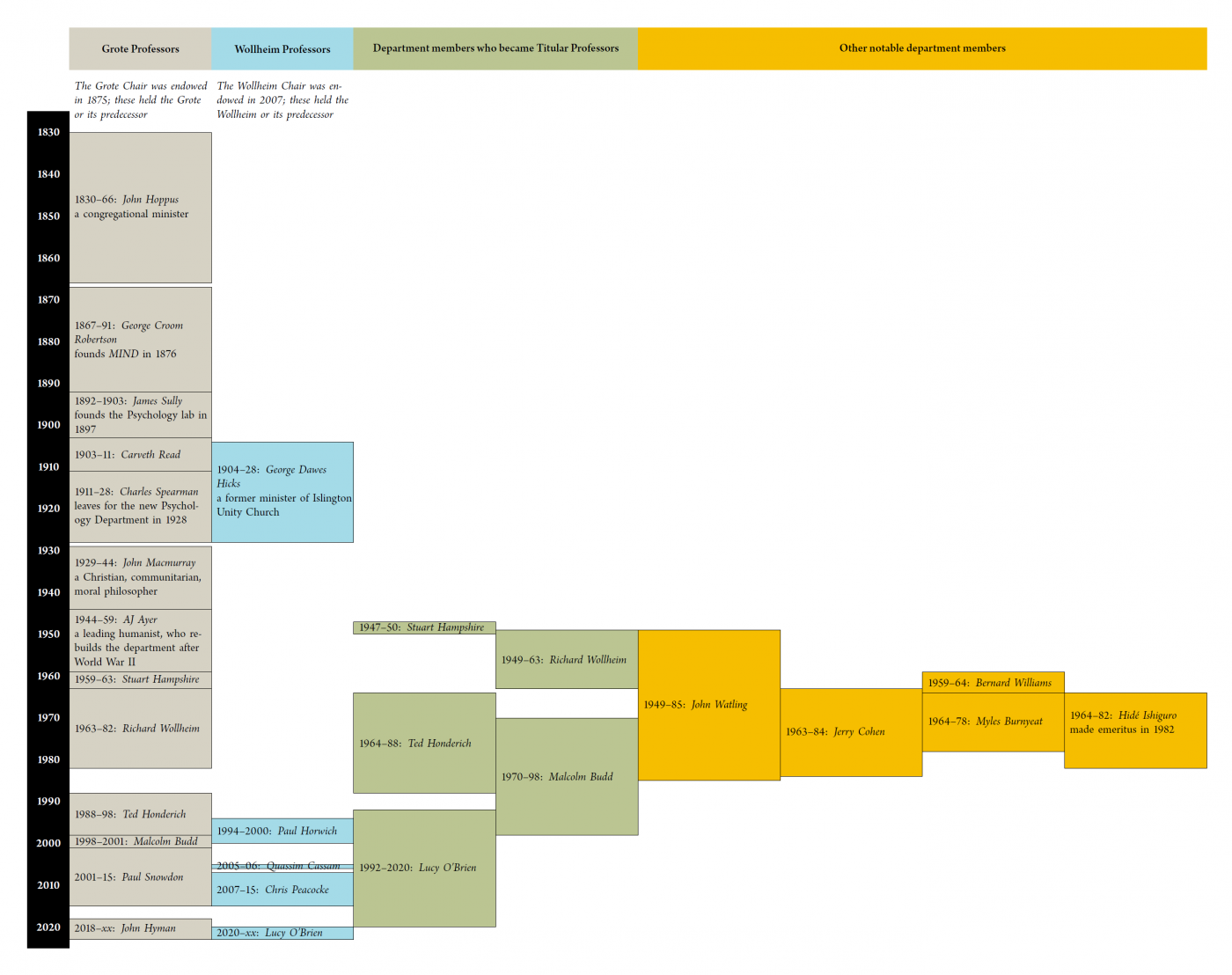 You can also download the timeline as a scalable pdf.