Analysis: Coronavirus vaccine: How we’re preparing to make enough for the whole world

In a piece for The Conversation, Dr Qasim Rafiq and Professor Martina Micheletti (UCL Biochemical Engineering) describe the challenges of quickly ramping up production of a coronavirus vaccine. 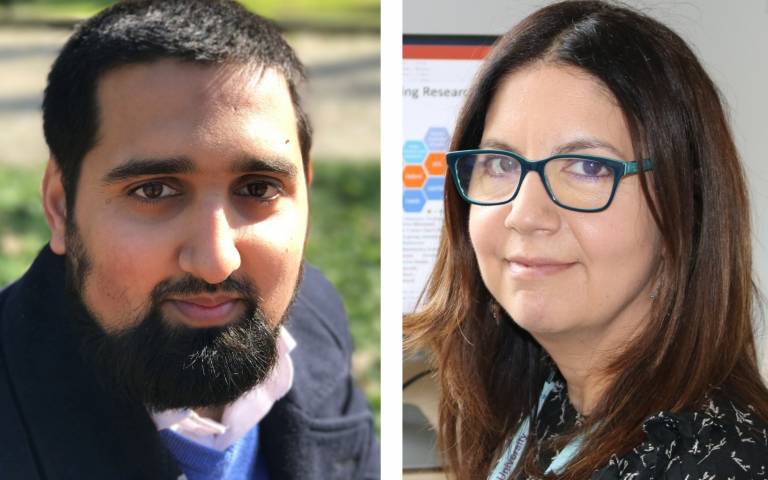 There are 102 candidate vaccines being explored as a means of ending the COVID-19 pandemic, as of April 30. Eight of these have already made it to clinical trials in humans, and another 94 are in the pre-clinical evaluation stage.

These candidates also fall into eight different categories of vaccine development strategy that are being explored. While it still doesn’t guarantee success, this is in effect the biological equivalent of hedging our bets in the hope that one of the strategies will pay off.

But if and when a successful vaccine is found, we still have to manufacture enough of it to immunise huge numbers of people all around the world. And how long this will take, and what is involved, will depend on which strategy is found to work, because different vaccines are made in different ways.

Despite arguments about lack of preparedness concerning PPE and testing, the UK has been on the front foot when it comes to identifying suitable candidate vaccines. It is leading the charge to ramp up production, having invested more than any other country in doing so, according to the health secretary, Matt Hancock.

The UK’s two leading candidate vaccines, being developed by the University of Oxford and Imperial College London respectively, both use very different approaches that were already under investigation in the lab for other diseases.

Oxford’s candidate, ChAdOx1 nCoV-19, uses a genetically modified chimpanzee adenovirus as a “vector” to carry the genetic sequence of a protein from the COVID-19 coronavirus to the human body. The body can then learn to recognise the coronavirus and start producing antibodies to fight it. This is the same technique the team previously developed for the closely related Mers coronavirus, which showed promise in animal and early-stage human testing.

The Imperial candidate, in contrast, is what’s known as a self-amplifying RNA vaccine. It is designed to induce muscle cells to produce the coronavirus protein, which then stimulates the immune system to produce the antibodies.

Usually vaccine development takes years, but human clinical trials for the Oxford vaccine candidate are underway, just three months after the genetic sequence of the coronavirus was released for study. This is thanks to a specialist adenovirus manufacturing platform adapted as part of work by the EPSRC UCL-Oxford Future Vaccine Manufacturing Research Hub (Vax Hub), as well as next-generation gene sequencing methods that have enabled the team to proceed at breakneck speed.

Pharmaceutical company AstraZeneca has announced it will develop, manufacture and distribute the vaccine (if it’s successful) around the world. But to do this, it will need to find a way to scale up production without critically affecting the supply of other vital vaccines.

Global manufacturing facilities are adept at producing millions of vaccine doses against influenza, measles and polio. They have strategies in place to step up production at times of increased demand, such as for the annual winter flu season. But we are in unprecedented times, and the global demand for a safe and effective coronavirus vaccine will be on a scale never before seen, likely resulting in key production and distribution bottlenecks.

Vaccine production requires complex manufacturing processes involving the production of living organisms that, in turn, generate the genetically-modified virus on which the vaccine is based. And we must get the manufacturing right. These vaccines will be administered to healthy people to generate immunity to the virus. Any faults would risk their safety and a long-term loss of public confidence.

But there is cause for cautious optimism. As we await the clinical trial outcomes for the Oxford vaccine, behind the scenes there has been a flurry of activity to adapt existing manufacturing technologies and processes to make the adenovirus vector it relies on.

Vaccine manufacturing process
The manufacturing process for the Oxford vaccine will begin by encoding the coronavirus surface protein into the adenovirus vector. “Producer cells”, usually human embryonic kidney (HEK) cells, will then be used as mini-factories to produce the vector particles. The producer cells will be grown at scale in a bioreactor, a vessel that tightly controls the environmental conditions to optimise cell growth.

The cells will then be put through a series of steps to purify and concentrate the final adenovirus vector, including filtration and centrifugation (spinning it very fast in order to separate different particles). Finally, the solution will be formulated into a usable product and kept stable by storing it between 2°C and 8°C.

However, the final concentration of the solution can vary significantly, and it is the lack of an effective manufacturing process to resolve this problem that limits current production on a mass scale. This will be the significant challenge AstraZeneca will face in translating the lab-based Oxford process to something akin to industrial manufacturing.

Importantly, the groundwork for this has already been established by UK engineers and scientists. Sustained, flexible research funding for vaccine manufacture will be critical to mitigate the impact of this coronavirus and prepare for future outbreaks.

Of course, all these efforts will only come into play if the Oxford vaccine (or potentially another in the same category) is found to work. Other vaccine candidates, such as that being developed by Imperial, will require a substantially different manufacturing process. In these unprecedented times, the world’s vaccine experts will have to work with unprecedented speed and innovation to deliver a way to save potentially millions of lives and start returning society to normal.

This article was originally published in The Conversation on 13 May 2020.