Earthquake early warning system could save lives in southern Europe

A public earthquake early warning system in Greece and Italy could give people vital seconds’ notice of a major earthquake, according to a new study led by UCL researchers. 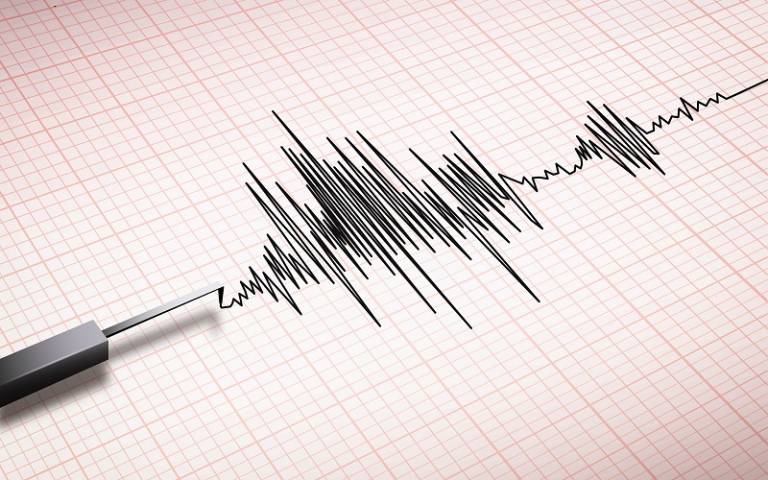 South-eastern Europe is the continent’s most seismically active region, with Greece, Italy and Turkey often experiencing the most frequent and strongest earthquakes. Greece and Italy currently have no operational government-supported country- or region-wide warning systems in place. The only European countries with such systems in place are Romania and Turkey.

Central Italy in particular regularly experiences earthquakes, with the most notable recent ones being a series across 2016 and 2017. The first of these, in August 2016, killed nearly 300 people and cost between $1 billion and $11 billion, with widespread damage to cultural heritage buildings and infrastructure.

In the paper, published in Nature Communications, researchers from UCL and the European Centre for Training and Research in Earthquake Engineering (EUCENTRE) find that an earthquake early warning system, similar to those used in countries including the USA and Japan, could give over 10 seconds of warning time at various locations across Europe.

An earthquake early warning system consists of sensor networks and mathematical models for detecting earthquakes in real time and warning affected areas before ground shaking reaches them. The ability to warn target sites before tremors begin, even if only by a few seconds, can buy valuable time to reduce damage, accidents and fatalities. More specifically, users can use this alert time to adopt the widely recommended “drop, cover and hold on” actions, evacuate hazardous buildings or move to safer locations within them to reduce the likelihood of injuries and fatalities.

Lead author Dr Gemma Cremen (UCL Civil, Environmental & Geomatic Engineering - CEGE) said: “A country-wide alert system would give people a few precious seconds to mitigate the potentially damaging effects of earthquakes. This warning time can enable many types of automated actions, such as stopping elevators at the nearest floor and opening the doors; slowing high-speed trains to avoid accidents/derailments; turning traffic lights red and preventing cars from entering unsafe structures such as bridges and tunnels; shutting down gas pipelines to minimise fire hazards.”

The authors analysed data from 2,377 sensor stations already in place, looking at their location and the time between initial, fast-travelling but low-amplitude tremors and the major waves that cause damage and injury. From this, they calculated the amount of warning time that might be possible at each location, the expected level of shaking, and how many people would be affected by the earthquake. This information, together with an estimate of the accuracy of the warning, led to a new indicator for the potential usefulness of earthquake early warning across Europe.

In order for a large-scale earthquake early warning system to be implemented, the already-existing sensor stations in Italy and Greece would need to be upgraded to be able to effectively and quickly transmit the relevant information, which is then used to predict the strength of the earthquake, its epicentre and how much shaking it will cause in a certain area. These predictions are made based on the first, fast waves that come through.

Co-author Dr Elisa Zuccolo (EUCENTRE) said: “The most important component of an earthquake early warning system is a dense network of sensors with fast and robust communication infrastructure. Thanks to technological advances, it is now possible to install many low-cost seismic sensors and upgrade existing ones cheaply, thus making early warning systems a very useful risk mitigation measure economically sustainable.”

“There is a complex trade-off between the potential costs of false (and missed alarms) and the available warning time. Predictions will improve as the seismic network gathers more data on the ongoing earthquake, but the time until shaking at the target site will decrease. This short warning time means that automated decisions and mitigation actions are generally preferred.”

Earthquake early warning systems alone are not enough to minimise damage. Building codes and standards used for bridges, railways and other infrastructure need to have earthquake-resistant clauses to ensure they are resilient enough to withstand shaking. The success of a system would also depend on people being educated on what action to take if a warning is received.

The study was funded by the €8 million EU project TURNkey, which includes a multi-disciplinary team of experts from 21 partner institutions (both universities/research centres and private companies) in 10 European countries.

The approach was applied to a hypothetical European-style school and the Port of Gioia Tauro in Italy, which demonstrated the method’s ability to evaluate the optimal risk-informed decision (i.e. whether or not to trigger an earthquake early warning) for an incoming earthquake on the basis of many uncertain factors (including relevant stakeholder tolerances towards risk).