Early life experiences can have long-lasting impact on genes

Early life experiences can impact the activity of our genes much later on and even affect longevity, finds a new study in fruit flies led by UCL researchers. 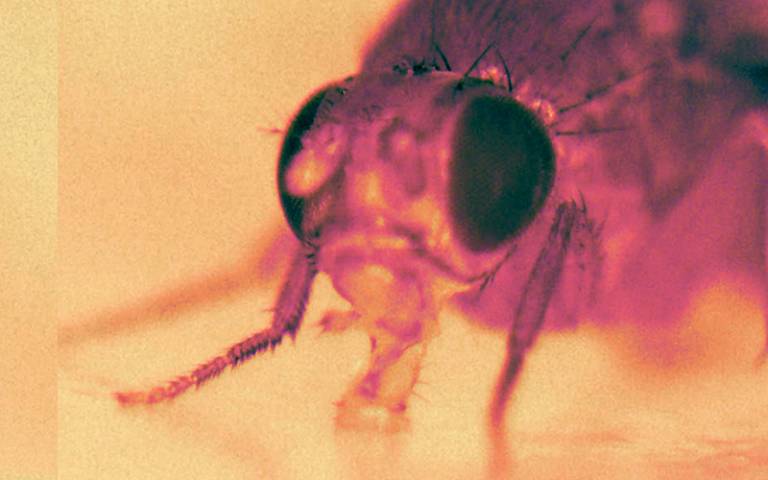 In the study published in Nature Aging, the scientists report that gene expression ‘memory’ can persist across the lifespan, and may present a novel target for improving late-life health.

Lead author Dr Nazif Alic (UCL Institute of Healthy Ageing, UCL Biosciences) said: “Health in old age partially depends on what a person experienced in their youth or even in the womb. Here, we have identified one way in which this happens, as changes in gene expression in youth can form a ‘memory’ that impacts health more than half a lifetime later.”

The scientists were building on their previous research in which they found that fruit flies fed a high-sugar diet early in life lived shorter lives, even after their diets were improved in adulthood.* Here, they uncover the mechanism likely explaining the finding.

In their previous study, the researchers found that a high-sugar diet inhibited a transcription factor called dFOXO, which is involved in glucose metabolism and is known from multiple studies to affect longevity, so they now sought to enact the opposite effect by directly increasing the activity of dFOXO. Transcription factors are proteins that regulate transcription, or copying, of information from DNA into messenger RNA, which is the first and key step in gene expression. For this study, the researchers activated dFOXO by increasing its levels in female fruit flies during the first three weeks of the fly’s adulthood.

They found that these early-life experiences caused changes to chromatin – a mixture of DNA and proteins that can be seen as the ‘packaging’ of DNA – that persisted and resulted in genes being expressed differently late in life. This counteracted some changes that would be expected as part of the normal ageing process, eventually improving health in late life and impacting the fruit flies’ lifespan more than a month (half a fruit fly lifetime) later.

The researchers say their findings could lead to ways to impact late-life health in people as well.

Dr Alic said: “What happens early on in an animal or person’s life can affect what their genes do late in life, for better or for worse. It may be that a poor diet early in life, for example, could impact our metabolism later in life by tweaking how our genes are expressed, even after substantial dietary changes over the years – but fortunately, it may well be possible to reverse this.

“Now that we know how gene expression memory can persist across the lifespan to affect gene activity, we may be able to develop ways to counteract these changes later in life to preserve health and enable people to stay healthy for longer.”

The study was supported by the Biotechnology and Biological Sciences Research Council and the Medical Research Council, and involved researchers from UCL, the University of Glasgow and Imperial College London.

Research at the UCL Institute of Healthy Ageing seeks to discover the biological mechanisms of ageing in order to understand causes of age-related diseases and improve human health at older ages, with recent studies identifying genes linked to longer human lifespan, and extending fruit fly lifespan by 48% with a combination drug treatment.**