Flies with a history of eating a high sugar diet live shorter lives, even after their diet improves. 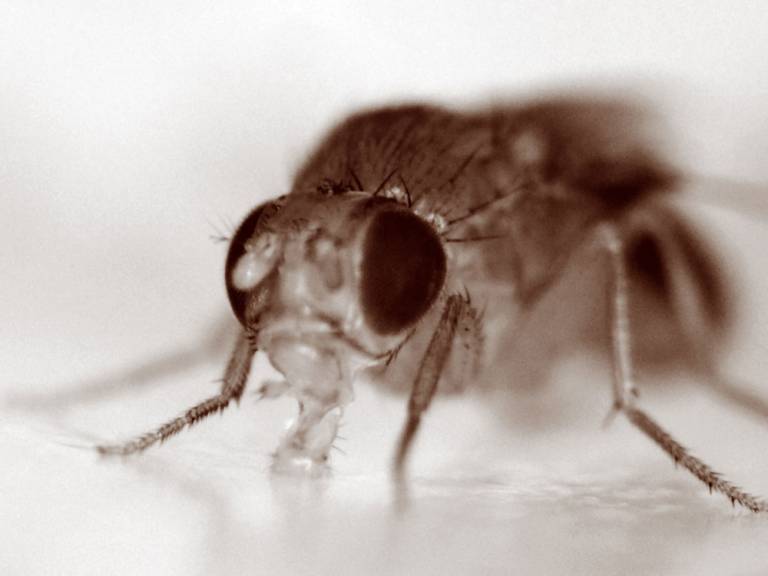 This is because the unhealthy diet drives long-term reprogramming of gene expression, according to a UCL-led team of researchers.

The study, published today in Cell Reports, discovered that the action of a gene called FOXO is inhibited in flies given a high sugar diet in early life, causing long-term effects. The FOXO gene is important for longevity in a wide variety of species, including yeast, flies, worms and humans, so the team say the findings may have broad implications.

"Dietary history has a long lasting effect on health, and now we know a mechanism behind this. We think the reprogramming of the flies' genes caused by the high sugar diet might occur in other animals. We don't know that it happens in humans, but the signs suggest that it could," said first author, Dr Adam Dobson, UCL Institute of Healthy Ageing.

The team, involving researchers from UCL and Monash University (Australia), compared the lifespans of female flies fed a healthy diet containing 5% sugar to those given eight times this amount. The flies, which live to about 90 days on average, were fed both diets for three weeks before all were given a healthy diet.

Even while feeding on a healthy diet, the flies that had previously eaten a high-sugar diet started to die earlier, and on average had 7% shorter lifespans. This was caused by a change in the programming of the flies' physiology caused by the sugar-rich diet eaten in early adulthood.

To understand how the high sugar diet affected longevity, the scientists analysed the flies at a molecular level. They found the unhealthy diet promoted molecular changes that looked very much like flies with genetically reduced FOXO.

Crucially, further experiments showed that the diet-driven changes to lifespan are dependent on FOXO. This mechanism was also found in another species, a worm called Caenorhabditis elegans, suggesting it is relevant to a variety of animals.

"The fact that transient high sugar accelerates ageing in both species and by the same mechanism is pretty shocking. It is yet more evidence of how much we have to fear from excess sugar in the diet," said co-author, Professor David Gems, UCL Institute of Healthy Ageing.

The findings improve our understanding how changes in diet and gene expression affect the speed of ageing.

Senior author, Dr Nazif Alic, UCL Institute of Healthy Ageing, said: "The burden of age-related ill health is being exacerbated by poor diets and we know these can cause long-term, detrimental effects by programming our physiology. Our finding helps understand how bad diets can impact on animal lifespan. The dietary intervention we used is extreme - similar to feeding a human only cake for two decades - but the mechanism we uncovered may also be mediating long-term effects of diet in humans and this is an important idea to explore in the future."