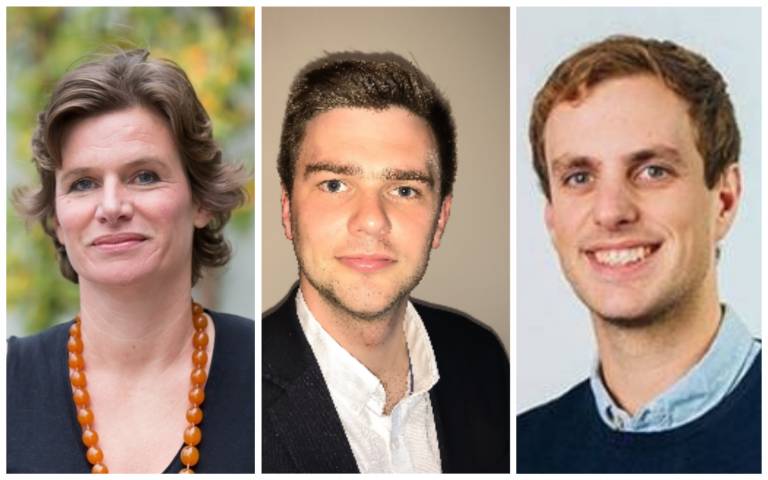 The term “industrial strategy” has a turbulent history. After being embraced in the United Kingdom by the Labour governments of the 1960s and 1970s, it was rejected by Margaret Thatcher and subsequent prime ministers on the (dubious) grounds that government is inherently wasteful and inefficient.

To its credit, the strategy called for more funding for science, skill formation, and other productivity-boosting investment, with an emphasis on sectors that are key to future competitiveness (including life sciences, creative industries, construction, and aerospace). For the first time, such a strategy also explicitly targeted wider societal “grand challenges,” which the UCL Commission for Mission-Oriented Innovation and Industrial Strategy (MOIIS) – co-chaired by one of us (Mazzucato) – advised the government on how to implement.

Rather than creating a list of sectors to support, we stressed that an industrial strategy should choose broader problems to tackle, whereupon all relevant sectors can engage in the solution organically. In this way, the state proactively shapes markets, rather than simply fixing them when they break.

Unfortunately, the UK’s return to industrial strategy was short-lived. This month, the Treasury replaced the May government’s strategy with a new blueprint, Build Back Better: Our Plan for Growth, arguing that “much has changed since 2017.” By this, the government is referring to the UK’s 2050 carbon-neutrality target and plans to “level up” the regions. And yet, neither of those goals is incompatible with the previous industrial strategy, which included “clean growth” among its four “grand challenges,” and paid special attention to “place.”

The 2017 strategy is as timely as ever, so one must assume that it was scrapped simply because the current government did not conceive it. The costs of such pettiness will soon become clear. The UK urgently needs a dynamic, entrepreneurial mission-setting state to confront the triple crisis of COVID-19, rising inequality, and climate change.

The UK’s success in developing a vaccine is itself an example of what can be achieved with an industrial strategy. The Oxford-AstraZeneca vaccine did not fall out of the sky. It was the result of patient investments made over many years (if not decades) in blue-sky research across a number of areas. When the moment of truth arrived, the state’s ongoing support for scientific and technical expertise became a launchpad for the rapid development of a vaccine. The pandemic presented a clear and urgent mission, which in turn spurred public-sector coordination and private-sector investment.

Prime Minister Boris Johnson’s government is clearly happy to have the state play a larger role in the economy. But that alone won’t produce better outcomes. Without a coherent, transparent, and publicly accountable framework to steer government policy, the UK risks descending further into cronyism or repeating past mistakes.

Successful industrial strategies also require sources of patient (long-term) finance, which the UK desperately lacks. Previous attempts to create public investment banks in the UK have met with only limited success. The Green Investment Bank was foolishly privatized in 2017, and the British Business Bank has never been given the mandate or financial firepower it needs. It remains to be seen if the government’s new UK Infrastructure Bank will be different; but early indications are not promising.

The Johnson government’s decision to scrap the Industrial Strategy Council – a move widely criticized even by business leaders – is an even more damaging act of self-sabotage. Led by the Bank of England’s chief economist, Andy Haldane, the ISC brought together key stakeholders to ensure that the 2017 industrial strategy was meeting its objectives. In its inaugural annual report last year, the Council emphasized that successful industrial strategies “typically take a lengthy period to have a significant and durable impact on the economy.” That is why we at MOIIS recommended that the ISC be put on a permanent statutory footing to ensure that it would outlast the government that created it.

Any economic strategy, regardless of whether it is called an “industrial strategy,” will need an institutional framework within government to oversee implementation across departments. And no government can achieve a goal as complex as carbon-neutrality without mechanisms for eliciting and coordinating the participation of business, academia, and civil society. A stop-start approach – where the strategy’s flagship sinks before its third birthday – fatally undermines the private sector’s confidence in the state.

The Johnson government’s new plan appears to be a restatement of the challenges outlined in May’s industrial strategy, but with a less thorough framework for policy responses. Gone are the “grand challenges” and sector deals; all we get are the same old graphs showing stagnant productivity and frozen real (inflation-adjusted) median incomes.

While the plan does offer some clarity about the government’s vision of “leveling up,” the question of how that will be achieved remains murky. The plan acknowledges that the UK has “weaker business investment [than other advanced economies],” yet proposes few solutions.

But the Plan for Growth does get one thing right: “Not all growth is created equal.” Growth is about the direction of the economy’s expansion, not just the rate. In the UK’s case, economic growth continues to be consumption-led, with private debt reaching new heights while public- and private-sector investment sinks to some of the lowest levels in the developed world. To show any promise at all, the government’s plan needs to steer the economy in a more inclusive and sustainable direction.

The key lesson from the COVID-19 pandemic is that government and industry need to work together to tackle the challenges of the twenty-first century. A state that leaves the market to its own devices will never create the political economy we need. Unless the Johnson government offers more than the Plan for Growth, the UK’s economic problems will remain unsolved.

This article originally appeared in Project Syndicate on 22 March 2021.