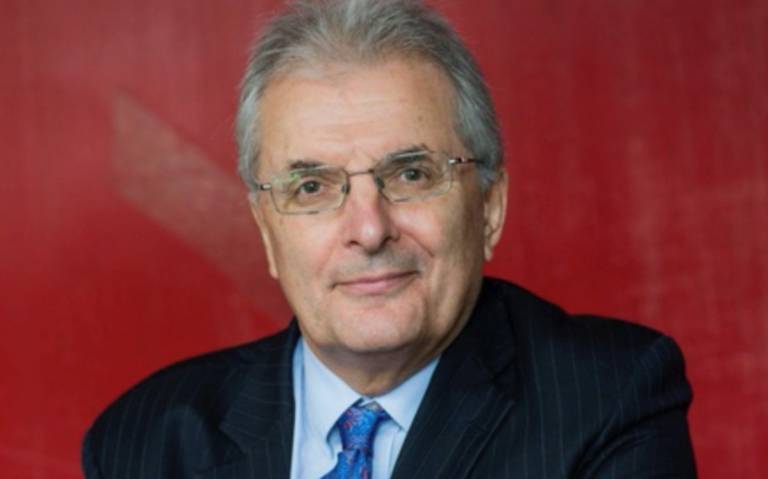 Professor Chris Rapley CBE, who is Professor of Climate Science with experience in Astronomy, Solar physics, Climate Science as well as Science Communication, is ideally placed to lead the ESSC, Europe’s most prominent space advisory body which deals with the full spectrum of space sciences.

An independent Search Committee assembled by eminent members of the European space sciences community recommended Professor Rapley. In an extraordinary meeting on 13 May 2020, the ESSC members unanimously endorsed this recommendation.

Professor Rapley will succeed Dr Athena Coustenis KLH, the current ESSC Chair, in November 2020, during the Autumn ESSC Plenary meeting. Over the last six years, Dr Coustenis has embedded the ESSC as an important and respected advisory board within the European space science landscape.

“With the potential for new cosmic discoveries, the need to address unprecedented crises on Earth, and the emerging ‘off-world’ economy, a spectacular programme of missions and opportunities lies ahead. The ESSC provides a pivotal forum for the community, ESA, EC and national funding agencies to work together to build on that heritage and accelerate beyond.”

Nicolas Walter, ESF’s CEO, commented on the new ESSC Chair appointment: “Professor Rapley has a unique profile on the European scene and amazing experience in heading international programmes and committees. I have no doubt that he will build-up on the outstanding progress made under Dr Coustenis’ leadership and continue ESSC’s successful trajectory.”

Professor Rapley spent the first 25 years of his career as a space scientist developing instruments for rocket and satellite studies of the cosmos, Sun and Earth, and was founder of the UCL Mullard Space Science Laboratory's Remote Sensing Group.

In 2008, Professor Rapley was awarded the Edinburgh Science Medal for his significant contribution to the understanding and wellbeing of humanity. His current interests lie in the role of climate scientists in delivering value to society and the communication of climate science. He is Chair of the UCL Policy Commission on Communicating Climate Science.

Professor David Price, UCL Vice-Provost (Research), said: “I’m very pleased to learn of Professor Rapley’s appointment, and would like to extend my warmest congratulations to him. Through his work with the UCL Mullard Space Science laboratory he has made significant contributions to our understanding of space science, and his work on improving public understanding of climate change in the Department of Earth Sciences, he continues to advance crucial conversations about climate science. Collaboration and effective engagement is crucial to the future of research, and through the work of the ESSC, science can continue to advance.”

Previous ESSC Chairs include Professor Sir Harrie Massey, who founded the ESSC in 1975 after retiring as Head of UCL Physics, where he also helped to establish UCL Mullard Space Science Laboratory (UCL MSSL) and Professor John Leonard Culhane, who was Director of UCL MSSL and Head of UCL Space & Climate Physics.

Prior to UCL, Professor Rapley served as Director of the Science Museum, Chairman of the London Climate Change Partnership, Chair of the European Space Agency Director General’s High-Level Science Policy Advisory Committee, Director of the British Antarctic Survey, President of the Scientific Committee on Antarctic Research, and Executive Director of the International Geosphere-Biosphere Programme.