Earwax could be used to measure glucose levels

An earwax self-sampling device could be used to measure chronic glucose levels, according to a study led by UCL and King’s College London researchers. 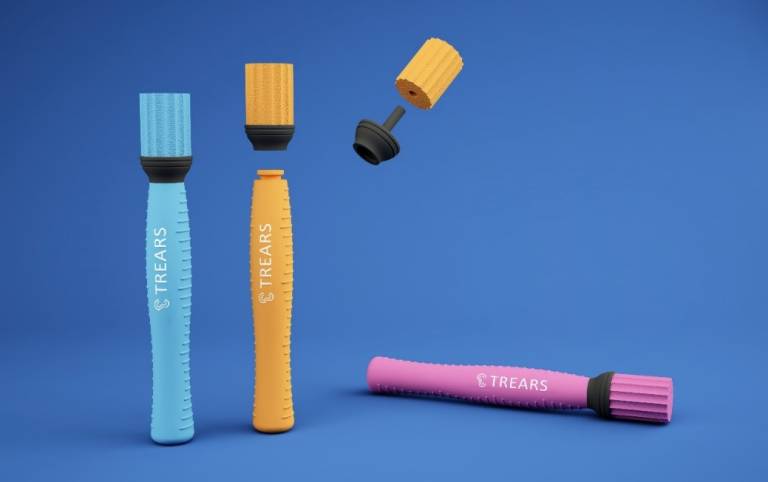 The pilot study, published in Diagnostics, reports that the new device was almost 60% more reliable at measuring chronic glucose levels averaged over a month than an existing gold standard technique.

Researchers hope that their new method could be an effective, rapid and affordable way to assess glucose levels in people who might have diabetes.

The new device can be used at home without medical supervision, allowing for check-ups while maintaining social distancing, and is easy to use without discomfort.

Lead researcher Dr Andres Herane-Vives (UCL Institute of Cognitive Neuroscience and Institute of Psychiatry, Psychology & Neuroscience, King’s College London) said: “It is estimated globally that one in two adults with Type 2 diabetes are undiagnosed, and the situation is likely to have worsened during COVID-19 as people may not have undergone screening. Many people with Type 2 diabetes already have complications when they are diagnosed, so earlier diagnosis is critical.

“The current gold standard way to test chronic glucose levels requires a blood sample, and is not perfectly reliable as it uses blood proteins as a proxy for the actual sugar levels. We have been working to develop a cheaper, more precise way to measure someone’s long-term glucose levels at any point in time.”

The novel earwax self-sampling device is similar to a cotton swab, but with a brake that stops the swab from going too far into the ear and causing damage. The tip is covered with a sponge of organic material, with a solution that has been tested to be the most effective and reliable at taking samples.

This study, led by researchers in the UK, Chile, Germany and the United Arab Emirates, involved 37 healthy participants who did not have diabetes, whose glucose levels were measured on two days nearly a month apart. The participants’ earwax was sampled using an established clinical method at baseline (first visit) and then using the novel device one month after. At the first visit to the research centre, participants’ blood was sampled after fasting, and at the second visit, their blood was taken after eating a standardised meal.

The blood samples were analysed using standard checks for short-term glucose levels, as well as for glycated haemoglobin (HbA1c), a blood protein that is affected by sugar levels, enabling it to be measured in standard practice to gauge longer-term glucose levels.

The researchers found that the earwax test was almost 60% more effective than glycated haemoglobin tests at reflecting average glycaemia (blood sugar) levels across the whole month, while delivering a result more quickly.

Dr Herane-Vives and colleagues recently published another paper* finding that the device can effectively measure the stress hormone cortisol which may help to monitor depression and stress-linked conditions, and they are also studying if it could test for COVID-19 antibodies that accumulate in earwax.

Dr Herane-Vives is now setting up a company, Trears, to bring his earwax sampling device to market, with support from UCL Innovation & Enterprise at UCL’s entrepreneurship hub for startups at BaseKX, which provides access to a network of experts providing guidance, mentoring and introductions to investors. He and his colleagues are now planning larger trials to test the device, including in people with diabetes.

Diabetes expert and Head of the UCL Centre for Obesity Research, Professor Rachel Batterham (UCL Medicine), who was not involved in the research, commented: “Type 2 diabetes is a leading cause of sight loss, heart attacks, strokes, kidney damange and early death globally. To prevent complications we need to diagnose people as early as possible, yet this has been hampered by lack of an easy-to-use screening test. This new device may allow mass screening and earlier identification of Type 2 diabetes.”