People exposed to higher levels of air pollution are more likely to experience depression or die by suicide, finds a new analysis led by UCL. 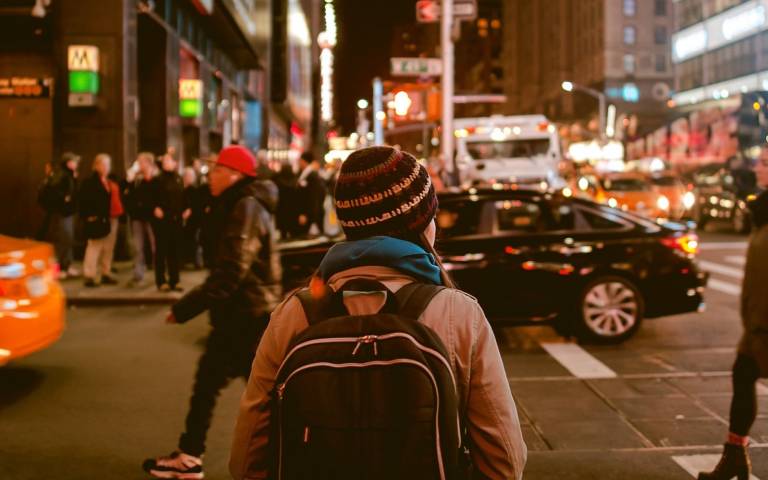 The researchers found that, if the relationship with depression reported in some of these studies is causal, then reducing global average exposure to fine particulate matter (PM2.5) air pollution from 44 micrograms per metre cubed (µg/m3)* to 25µg/m3 could result in a 15% reduction in depression risk worldwide.

The World Health Organization guidelines recommend that fine particulate matter pollution – small airborne particles that can include dust and soot – should be kept under 10µg/m3.**

“We already know that air pollution is bad for people’s health, with numerous physical health risks ranging from heart and lung disease to stroke and a higher risk of dementia,” said the study’s lead author, Dr Isobel Braithwaite (UCL Psychiatry and UCL Institute of Health Informatics).

“Here, we’re showing that air pollution could be causing substantial harm to our mental health as well, making the case for cleaning up the air we breathe even more urgent.”

The research team searched for studies that had investigated the association between particulate matter pollution and five different adverse mental health outcomes in adults. They identified 25 studies that fitted their criteria, nine of which were included in the primary analyses.

Five studies looking at long-term particulate matter exposure and depression were included in one meta-analysis. By pooling the results, they found that a 10µg/m3 (microgram per metre cubed) increase in the average level of fine particulate matter (PM2.5) air pollution people were exposed to over long periods was associated with an approximately 10% increase in their odds of depression.

“We found quite consistent results across the studies we reviewed that analysed the relationship between long-term air pollution exposure and depression, even after adjustment for many other factors which could explain the association. The association seems to be similar in magnitude to those that have been found for some physical health impacts of particulate matter, such as all-cause mortality,” Dr Braithwaite said.

In UK cities, the average particulate matter level that people are exposed to is 12.8µg/m3****. The researchers estimate that lowering average air pollution levels to the WHO recommended limit of 10µg/m3 could reduce urban UK residents’ depression risk by roughly 2.5%.

The researchers also found evidence of a connection between short-term changes in coarse particulate air pollution (PM10)***** exposure and the number of suicides, from pooling the results of four different studies in a meta-analysis. The risk of suicide appears to be measurably higher on days when PM10 levels have been high over a three-day period than after less polluted periods.

The studies into short-term changes in suicide risk accounted for confounding factors such as weather changes, and day of the week. The relationship is not affected by other neighbourhood or socioeconomic factors given that the comparisons being made are among the same individuals on days with different pollution levels.

The researchers say the evidence was particularly strong for the suicide risk link, but the effect was smaller than for depression (an increase in suicide risk of 2% for each 10µg/m3 increase in the average coarse particulate pollution level over a three-day period).

The researchers say they cannot yet confirm whether air pollution directly causes mental ill health, but say there is evidence to suggest possible causal mechanisms.

“We know that the finest particulates from dirty air can reach the brain via both the bloodstream and the nose, and air pollution has been implicated in increased neuroinflammation, damage to nerve cells and to changes in stress hormone production, which have been linked to poor mental health,” Dr Braithwaite said.

The study’s senior author, Dr Joseph Hayes (UCL Psychiatry and Camden and Islington NHS Foundation Trust), said: “Our findings correspond with other studies that have come out this year, with further evidence in young people and in other mental health conditions. While we cannot yet say that this relationship is causal, the evidence is highly suggestive that air pollution itself increases the risk of adverse mental health outcomes.”

“A lot of what we can do to reduce air pollution can also benefit our mental health in other ways, such as enabling people to cycle or walk rather than drive, and enhancing access to parks, so this adds support to the promotion of active travel and urban green spaces,” he added.

The researchers hope to follow up their study with further research into indoor air pollution and mental health risks.

* Brauer et al (2016) https://pubs.acs.org/doi/10.1021/acs.est.5b03709
** WHO https://www.who.int/airpollution/publications/aqg2005/en/
*** 2018 World Air Quality Report, IQ Air AirVisual https://www.airvisual.com/world-most-polluted-cities/world-air-quality-report-2018-en.pdf
**** European Commission, Eurostat (2017) https://ec.europa.eu/eurostat/web/products-datasets/-/T2020_RN210
***** The two main types of particulate matter pollution are differentiated by being under 2.5 micrometres in diameter (fine particulate matter, or PM2.5), and between 2.5 and 10 micrometres in diameter (coarse particulate matter, or PM10). Some, like smoke, are visible, while others are too small to be seen by the naked eye. Sources can include road transport, burning of fuels such as for heating or cooking, heavy industry and more. Read more here.