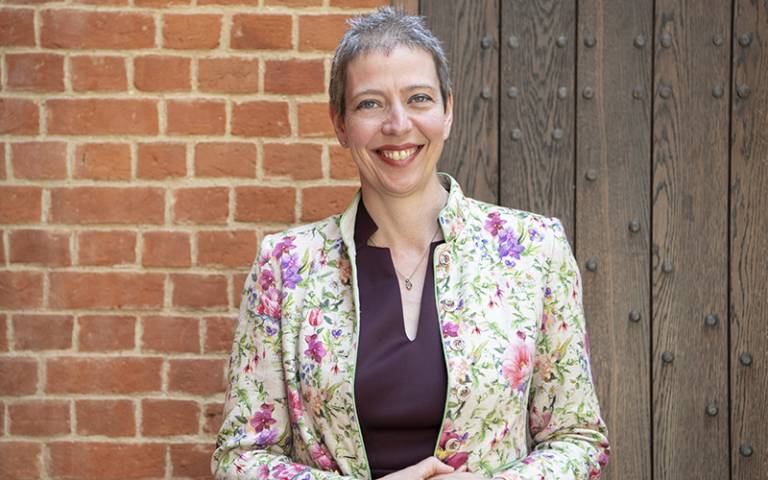 Caroline Moore, professor of urology at UCL, says that her first failure was not getting the A levels required to become a vet. Her second was failing her first year medical examinations a year later. “I was basically having too much fun and not doing enough work,” she says. “I would turn up to all the lectures, but on two hours’ sleep, which I now know is ridiculous.”

She didn’t fail anything again until after medical school. “I passed my first surgical exam when I was pregnant with my first child but failed my second Membership of the Royal College of Surgeons exams following the birth of my second child,” she says. “I worked long hours and had a long commute so it was quite challenging.”

She once declared that she “wouldn’t do research, wouldn’t do prostate cancer, and wouldn’t work in London.” After passing her membership exams at the second attempt, however, she got a research fellowship from the Royal College of Surgeons and decided to focus on urology.

Moore started her research career assessing photodynamic therapy for prostate cancer. This work formed her doctoral thesis and led to the only completed randomised trial comparing focal treatment with active surveillance. She went on to publish the first study using magnetic resonance imaging (MRI) to assess response to treatment in early prostate cancer.

“Helping to change the minds of people, both nationally and internationally, on the use of MRI for prostate cancer detection and changing the guidelines is the thing I’m proudest of,” she says.

Moore’s father was referred for prostate cancer assessment in Wolverhampton five or six years ago. At the time, not everywhere was using MRI before biopsy but Wolverhampton was. “He got good treatment and he’s doing fine,” she says. “It really hit home—the thought that the work I’d been doing would really change how people are looked after across the country and internationally.”

Moore has juggled her career with bringing up four children. “It’s about working out your priorities,” she says. “Sometimes one of the children needs something so work has to become a bit less of a focus and sometimes if I’m working on a big project or paper then I have to concentrate on that for a bit.”

If she has any advice to offer others it is to “find out what you love and stick with it even through the hard times.” Moore adds, “Parts of my training were less enjoyable than others but it’s about finding a path through that and taking time to enjoy it along the way.”

“Caroline Moore’s single mindedness saw the development of the only completed randomised trial comparing focal treatment with active surveillance. You could say that this is the moment that she found her calling.

It is this dedication, drive, and vision for the end objective—benefiting patients—that I admire so much. I also admire Caroline’s ability to corral teams through her infectious determination, balanced with a touch of humour.

Importantly, Caroline is not just a role model to her colleagues in urology, but, working with her, I can see that she is a trail blazer for women in science. As the first female professor of urology in the UK, she is a role model for all women considering careers in medicine and all women at UCL.”

Professor Emberton is dean of the UCL Faculty of Medical Sciences and works with Professor Moore on studies investigating MRI as a diagnostic tool for prostate cancer.

This profile originally appeared the BMJ on 13 August.