The winners of the 2017 Yale-UCL Medical & Engineering Students’ poetry competition have been announced! There were over 90 entries this year and the judging panel were delighted by the standard of poetry as well as the range of themes written upon.

The poetry competition was launched in February 2011 by Professor John Martin (UCL Professor in Cardiovascular Medicine) who is the co-director of the Yale-UCL Collaborative. The competition is for medical and engineering students at both universities and is student run with this year’s competition being organised by Amrita D’Souza (UCL Medicine).

The competition was born in the hope of inspiring, nurturing and promoting the humanities within medical education and to help provide an outlet for students.

I notice her hands first: the contrast is stark as the dark cattle against the snow-covered hillside

on the drive here. The way home lies somewhere between wintry wonderland and wishful thinking

It’s been three and a half months since I saw her last, since I left this small town world behind

for medical school, and already, her hands have changed:

The same hands that once spun stories on Saturdays

fingertips darting details into every account of my childhood

The hands I watched transform when I was a teenager

once dazzling creatures, sat limp and swollen in her lap

I held those hands when the days grew long, extra squeezes when I couldn’t find the words

when I started calling her Cita, her favorite nickname, my way of saying

“Mother, I have not forgotten how tall you once stood but I cherish you all the more now”

Hers are the hands that I saw get better, helped to button up pink pajamas

Watched flutter skywards in laughter. Now her left hand does the talking, quietly

“Cita-” this time Cita is a question I don’t know how to ask. She explains she’s just a little cold

I marvel at the details she omits. I wonder if she feels the chill of my absence

I notice the thin film of gravel on the hardwood, remnants of all her trips to the lake without me

The comet tails of her wheelchair tracks sweep past the coffee table, past the cranberry sofa

in a voice marbled by tears, she told me, “I don’t remember the last time I got to watch you sleeping

who’s right in front of me. She looks at me the same way now

Although I stand before her, there is still a departure plane ticket lingering in the air

like the last leaf of November, a breath of New Haven at the ends of my sentences

She is hurting. I can tell by the single tug at the corner of her rose petal lips

And those hands. Try as I might, I cannot uncurl those fingers

cannot un-clench arm from chest. I wonder how she can hold on to so much heartache

Even in her sleep, she holds that hand to her chest as if in remembrance

of the puttering of a newborn’s heartbeat against her own

On my last day of Thanksgiving break, I wash her face, humming under my breath

She tells me my voice doesn’t sound the same over the phone. “Cita,” I say, as an apology

Later that day we sit together reading our books, mirroring each other:

glasses on, fresh stories before us, a plate of oranges between us

She tells me, “I wish I could read my book and eat oranges with you forever.” We share a smile

Weeks later I return home for winter break. Cita awakens to the sunrise and the scratchy yawn of the front door. I find her swaddled in pink sheets, hair as dark as a dreamless night

“Cita I am here,” I say when it is clear her eyes have not yet convinced her

Suddenly, both of her storyteller hands outstretch to greet me

her smile disintegrates in tears as her cheeks turn to soft clay in my hands. 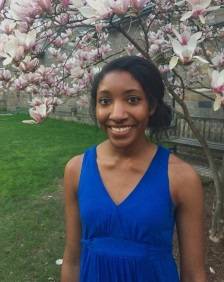 Kristina describes ‘Cita’, the winning poem, as “my tribute to home and all it encompasses: my mother’s indelible strength in her experience with chronic illness and the ways in which both time and distance have shaped our relationship"

Reflections on the Calais ‘Jungle’, Summer 2016

Underneath a summer moon,

Under winter sun and hell-fire rain,

A caged-in prison of monitored freedom,

Bustling within the confines of the nervous police lines.

Township of potential, saviour of hope,

Life and detention, tarpaulin and rope.

Not at all littler, but a thousand times fiercer,

United like never before ‘gainst the drag of the plough.

A thousand lifetimes of stories,

A thousand reminders of the grave.

The weather comes and goes but the wanderers remain,

Teetering barely between safe and slain.

Rain of cold, and dark, and rubber bullets

Soak everything through but always knew it

Of souls who’ll chance it, cloaked in night.

The land of hope, with iron fist,

From those whose young have chance to grow

No resting place of brick and mortar

For rest-in-peace your son and daughter.

The drive of fear, the chance you’ll take

With nothing left to put at stake.

Told stories through a printed page

Numb-minded past the point of rage. 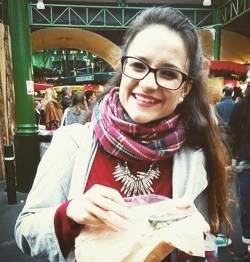 Describing her poem, Sabie explains “I visited the Calais Jungle/Dzanghal with a team of medics in 2016. It was a profound experience that had a massive impact on me. The camp was definitely a thing of beauty and disaster, an entire settlement growing completely isolated by a ring of police presence. I wanted to try and capture that sense of it being both utterly magnificent, yet borne of something entirely tragic. Now the Jungle's been demolished, the discussion about the migrant crisis seems to have died down, but the migrant population is still there in France, and conditions are worse than ever. It's really important than we keep talking about the problem and developing solutions (see care4calais.org for new updates and volunteering opportunities). I was so honoured to be placed in the competition, and I can't wait to read the other poems! “

You will never know me but I

I listened into the void for your breath

and your heart, and for a second I heard a

Fear grips all at once, a sickened swoop until I-

Beating alone into your silence.

Skin a wan yellow of grief,

A still object robed in

resounding echoes of a future anguish.

I serenade you with

the sound of my heart beating

What fates should have led me to you, kind teacher,

that you should tell,

Not of poetry and mourning,

Nor dark storms and anguished cries,

Nor stories of great journeys and glorious rebirth,

But a still man’s stark truth in white sheets-

I close your eyes…

Is an anonymous room in grey morning light 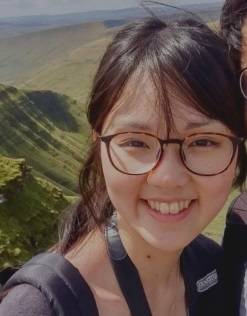 On being awarded second place, Olivia writes: “In many ways, I have experienced clinical medicine as a series of losses: loss of fear, loss of naivety, and loss of self-doubt. But also erosion of empathy, erosion of idealism, and erosion of identity. I am truly grateful for this opportunity to express a moment that moved me, that I didn’t want to lose to hard-heartedness. It was also a joy to be able to reconnect with the part of myself that loved to write. Thank you.”

fall and an insomniac’s tanka*

dreaming of falling snow, whilst

I lie here, dreaming of dreams