Some of the most fundamental questions about the Universe will be investigated by UCL particle physicists, following a £4.34 million award from the UK’s Science and Technology Facilities Council (STFC). 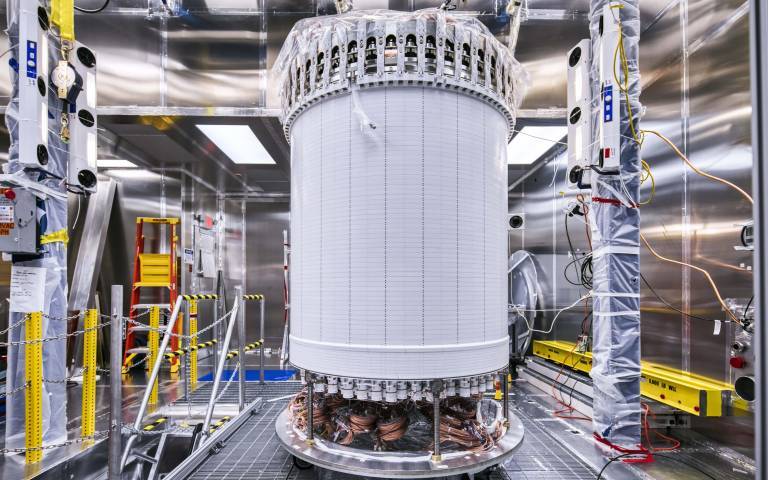 The funding is part of a £60 million investment from STFC awarded to 18 universities, helping to keep the UK at the forefront of particle physics research.

Particle physicists study nature at the smallest possible distance scales and the highest achievable energies, seeking answers to questions about the structure of matter and the composition of our universe.

The UCL High Energy Physics Group works at the high-energy frontier, examining the nature of the Higgs boson at the Large Hadron Collider (LHC) and preparing for new, higher-intensity collisions that may reveal evidence of physics beyond the so-called "Standard Model".

Professor Andreas Korn (UCL Physics & Astronomy), the primary investigator, said: “We particularly appreciate the continued support for our highly skilled engineers and technicians who make our experiments a reality and enable us to do cutting-edge science. The grant also provides the background and infrastructure to develop our PhD students into the highly skilled scientists and employees of the future."

The UCL High Energy Physics Group leads a number of experiments probing the properties of the most abundant matter particle in the universe - the neutrino. These experiments will measure the asymmetry between matter and antimatter in the neutrino sector, and may cast light on the mechanism that has generated the cosmological matter-antimatter asymmetry; the group also leads UK efforts to measure the flux of the highest-energy cosmic-ray neutrinos.

One of the most exciting discoveries in physics in the last year has been that the magnetic dipole moment of the muon (the heavy partner of the electron) does not precisely agree with theoretical predictions, and UCL researchers are pursuing several experiments to further examine the properties of the muon. 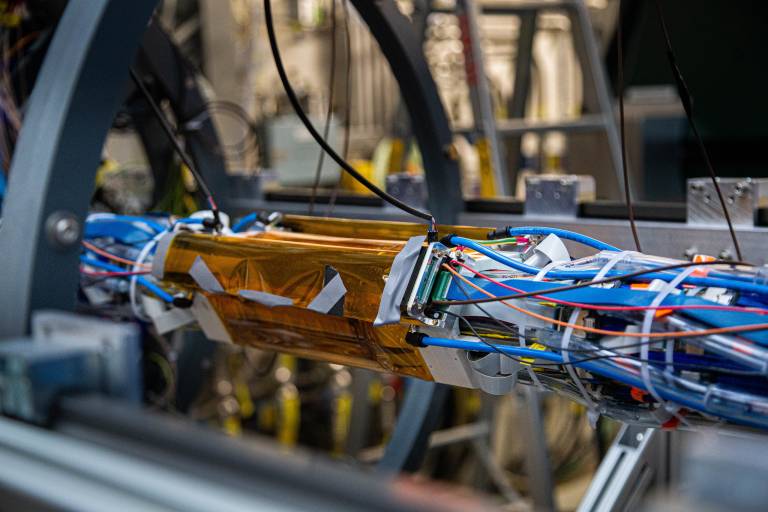 UCL physicists also play a leading role in international efforts to directly detect the interaction of elusive dark-matter particles, which also may be created directly in the laboratory at the LHC.

The group has also begun exploring innovative quantum technologies that may open up new opportunities for ultra-precise measurements. For instance, a group led by Professor Ruben Saakyan (UCL Physics & Astronomy) is developing quantum technology to calculate the absolute mass of a neutrino, a particle millions of times lighter than an electron.

UCL’s particle physicists will further continue the programme of detector and accelerator R&D focused on medical applications, building on a strong, recent UCL track record in this area. For instance, a team co-led by Professor Simon Jolly (UCL Physics & Astronomy) working with the German Cancer Research Centre in Heidelberg demonstrated how a mixed particle beam could enable simultaneous cancer therapy and treatment monitoring.

All of these experiments are technically demanding, requiring precision detectors which can operate in hostile environments, particle accelerators which can collide beams at very high energies, super-sensitive detectors capable of identifying very rare decays, high-speed electronics to read a million pieces of information per second and software to analyse petabytes of data using the latest data-mining and machine learning techniques.

“The grants are vital in supporting technicians, engineers and academics in their skills and expertise in the field, all while encouraging career development in fundamental research with both universities and international collaborators.

“This investment underpins the UK physics community and enables continued UK leadership in the field of experimental particle physics.”