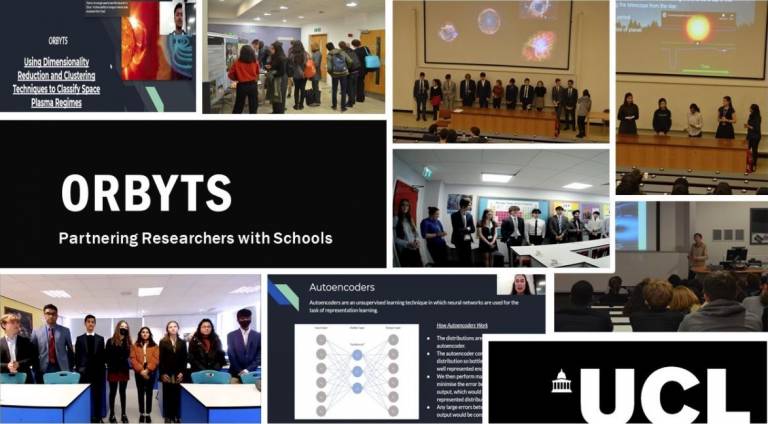 On the afternoon of Thursday 10 June 2021 at a virtual award ceremony, ORBYTS won the Widening Initiative (Outreach) category at the prestigious NEON Awards 2021. NEON received over 100 nominations giving ORBYTS some stiff competition but the judges were impressed by the number of students involved in published scientific research (more than 150 school students have published scientific research through the programme).

ORBYTS partners researchers with schools to empower school students to undertake their own scientific research and to provide them with relatable science role models, who dispel harmful stereotypes about who can be scientists and what science is. The founding principle of ORBYTS is to widen participation in science, broadening aspirations and scientific literacy amongst students who would have historically been excluded from science.

ORBYTS has pioneered and evolved the researcher-in-schools model successfully by symbiotically combining the pupil-PhD mentor model with cutting-edge scientific research. Since 2018, more than 150 school students have authored scientific papers with ORBYTS. Schools involved in the programme at GCSE also report 100% increases in, for example, girls taking A-level physics, addressing long-standing chronic diversity issues in science. Since 2016 the team have expanded our geographical reach and projects, and are always interested in partnering with other institutions to continue to offer these STEM opportunities to pupils.

Hannah Osborne - PhD Mentor on ORBYTS and part of the organising committee: “It has been such a joy to be part of the organising team for this incredible programme and its really kept me motivated during what has been a very difficult time to start a PhD, hopefully we can continue to build in the future to allow more school researcher partnerships”

Dr Mark Fuller - Outreach Coordinator and Ogden Science Officer: “ORBYTS is a pleasure to champion and support, so thanks to everyone at UCL, including the Widening Participation team, the Department of Physics and Astronomy and the Mullard Space Science Laboratory who have allowed this project to flourish.”