Lighting expert and Professor of the Lit Environment, Peter Raynham helped to usher in a collective shift to safer, cheaper, more energy-efficient streetlights in the UK. 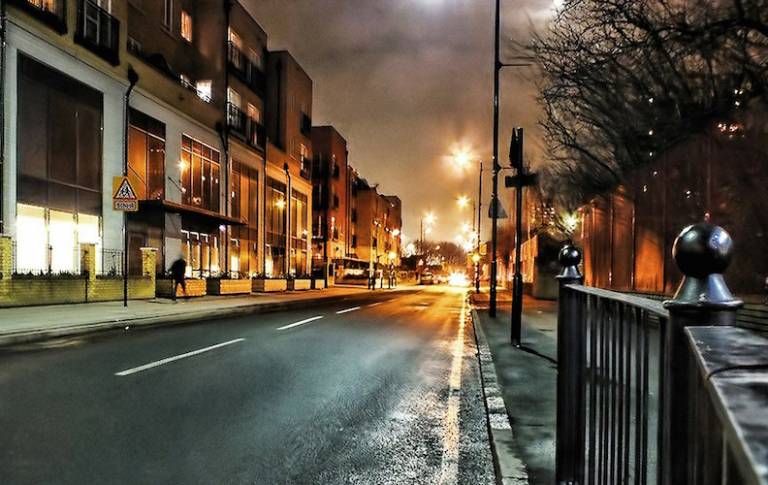 In 2003, the British Standard on street lighting was amended to reflect the landmark piece of research led by Professor Raynham (UCL Institute for Environmental Design and Engineering (UCL Bartlett IEDE)).

Based on the premise – established in the early 1980s – that pedestrians need to recognise each other at a distance of four metres, the research demonstrated that people can identify faces better under white light than the orange sodium lighting that was then being used in cities; and at a lower level of illuminance.

“We found that you needed slightly over half as much white light to get the same result as orange light,

Anecdotally, there were signs that people had an aesthetic preference for lower, white light compared with yellow or orange light, but the impact of this change went far beyond taste – it had and has significant implications for the environment too.

By mid-2013, around 10% of the street lights across the UK had shifted to using white light. This shift has saved about 64TWh of electricity (or £6 million) per year for local authorities and created a huge drop in carbon emissions, so sorely needed by the planet today.

The British Standard has since been revised again and is due another update, with more complex formulas to calculate lighting levels, but white lighting remains at its heart and virtually all new street lights now are white LEDs.

This type of research pulls together all facets of urbanism and social science thanks to the multidisciplinary environment of The Bartlett at UCL.