Mastering the most spoken language in the world

Ni hao! How is your Mandarin Chinese? The most spoken language in the world has become more available to schools thanks to the UCL Institute of Education and the Mandarin Excellence Programme. 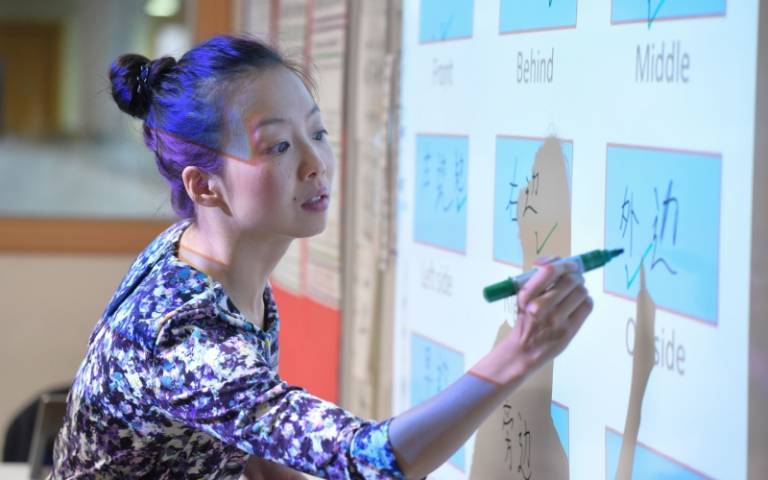 With over 1.5 billion speakers, Mandarin Chinese is officially the most widely spoken language on Earth and UCL’s Institute of Education has been leading the way in teaching it to thousands school pupils around the country.

Mandarin has been identified as one of the most important languages for the UK’s future prosperity and learning it opens up a world of business and cultural connections. Led by the UCL Institute of Education’s Confucius Institute for Schools (IOE CI) , the Mandarin Excellence Programme (MEP) is bringing Mandarin Chinese to the next generation.

The MEP began delivering intensive lessons to Year 7 students in the 2016/17 academic year. Pupils study Mandarin for eight hours per week and after their first two years of study students have the chance to spend 2 weeks studying in China.

Since its inception in 2006, the IOE CI  has been key in influencing a major expansion in the teaching and learning of Mandarin Chinese throughout the English school system. Approximately 17% of state schools now offer Chinese on curriculum with a number of recently recruited MEP schools teaching the subject for the first time.

The institute works with the IOE Languages team on the PGCE Mandarin pathway and provides continual professional development (CPD) for teachers, including hosting an annual Chinese conference – the leading one of its kind in the UK.

As a key cultural and language institution the CI also has partners in Peking University and Peking University High School in China and enjoys the full support of the Office of Chinese Language Council International (Hanban).

As of September 2019, 75 schools will be delivering the Mandarin Excellence Programme and it now looks certain that that MEP will be exceeding its target of having 5,000 pupils on their way to fluency by 2020!