A Laidlaw scholar travels to conferences and interviews across Europe as part of his research project and gains valuable experiences. 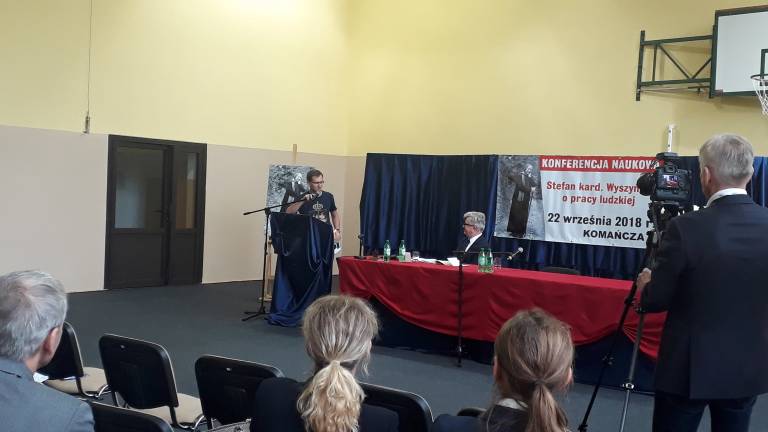 To conduct his research, he tarvelled to Paris and Poland to conduct interviews.

Paris: visiting the Organisation for Economic Co-Operation and Development (OECD)

In Paris Maciej interviewed Professor Surdej, Polish Ambassador for the Organisation for Economic Co-Operation and Development (OECD), about social capital and its nature in Poland.

Prof Surdej introduced Maciej to new ideas, such as the involvement of game theory and behavioural economics in social capital research.

Later Maciej was given a tour of the OECD campus where he saw working peer review groups, committee meetings, the OECD library and the General Secretariat (where a red carpet welcomes state leaders).

After this experience, Maciej is considering applying to work at the OECD after graduation.

Attending a conference in Poland

Maciej travelled to a scientific conference devoted to the work of Stefan Wyszyński, the former Archbishop of Warsaw.

It was held in Komańcza, a village in the Carpathian mountains on the borderland of Poland, Slovakia and Ukraine.

This gave him an opportunity to attend lectures about social policy and meet the scientific and political community, including Waldemar Rataj, who is an adviser to Subcarpathian regional government.