The award recognises that the IoO has successfully taken action to reduce gender inequality. 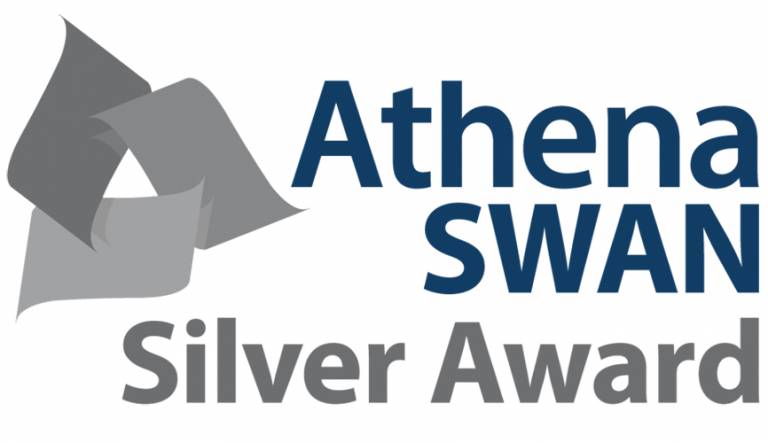 We are delighted to announce that the UCL Institute of Ophthalmology has achieved a Silver Athena Swan award, valid until April 2026. This follows a detailed assessment by Athena Swan experts of the institute’s application, made in November 2020. The application and our future action plan are available to view on our Athena Swan page.

The award recognises that the IoO has successfully taken action to reduce gender inequality. We were able to demonstrate that we used a data-driven process to identify key issues relating to gender inequality, and problematic aspects of our work culture more broadly. We were able to show that we took relevant action between 2015 and 2020, and produced a positive cultural shift.

It’s perhaps not generally known that the Athena Swan Charter is not just for women. While initially set up in 2005 to promote the careers of academic women in science, technology, engineering, maths and medicine (STEMM), the tried and tested framework of the Charter has been used since 2015 to address hurdles to equality for all genders and all people working/studying in universities.

The IoO has engaged with Athena Swan since 2011, under the leadership of Prof Clare Futter, then Prof Maryse Bailly, and more recently a team led by Prof Tim Levine, Assistant Prof Tessa Dekker and Dr Wing-Chau Tung. We thank them and the team’s 50+ members over the last ten years who have contributed so much to the institute. In addition, we thank Avili Feese, our Athena Swan Project Manager, and the BRC who have supported her post since 2019. Through their efforts we have implemented a strategic approach to support gender equality through:

Grassroots engagement in the department is supported by Andrew Dick, whose contribution was also noted in the panel feedback:

The panel also recognise ‘ambitious and commendable’ future priorities, including:

If you want to get involved with this work in the department, talk to Tim, Tessa, Wing-Chau, Avili or anyone on the team.