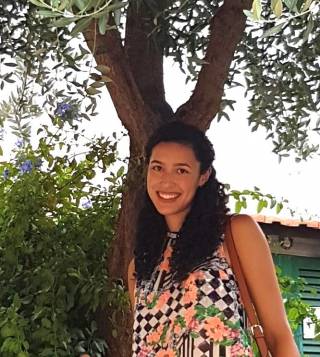 Tau pathology is well documented in Alzheimer’s disease and its build-up follows a stereotypical spread correlating with disease severity. This revealed an apparent anatomically-linked spread of Tau leading to the hypothesis that Tau can propagate via cell-to-cell transfer.  However, the mechanisms of this process are not fully understood. In my PhD I aim to develop a complementary strategy to conclusively demonstrate trans-neuronal spread of Tau and investigate the post-synaptic uptake of tau. Green fluorescent proteins (GFPs) have routinely been used as a method of tagging and visualising proteins. Split-GFP is derived from the super-folded structure of GFPs truncated generating two non-fluorescent fragments(GFP11/GFP1-10). By developing this technique I will examine interneuronal transmission of tau with the use of microfluidic chambers and primary hippocampal cultures. In this system, the post-synaptic neuron will express GFP1-10 and detection will occur only upon transfer of Tau-GFP11 into the post-synaptic cytoplasm resulting in a fluorescent signal. This approach should constitute the basis of an assay to test Tau transport which can be subject to pharmacological manipulation and can be applicable in-vivo for testing novel therapeutic agents to halt propagation of pathology.

Nidogens are a family of basement membrane proteins with binding affinities for other key members of the extracellular matrix such as laminin, collagen IV and perlecan. They are currently believed to have a role in maintaining the structural integrity of the basement membrane. However, previous work in our lab identified a critical role for nidogens in binding of tetanus neurotoxin (TeNT) to the neuromuscular junction and its uptake into motor neurons (Bercsenyi et al., 2014). To continue with this work, a number of lab members are collaborating to investigate the receptor complex components, its transport dynamics and ultimately, the physiological role of internalised nidogen. 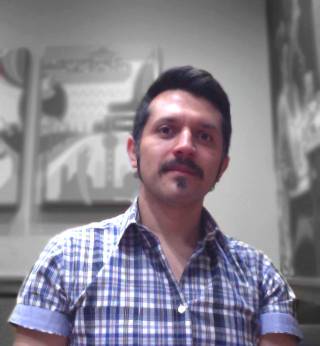 The ability of neurones to work as individual units, regardless of their extremely polarised and complex morphology, is a consequence of the tightly regulated communication between their different domains. I am interested in the neurotrophic signalling initiated at the axon terminal and retrogradely propagated towards the soma, where it regulates survival, functional identity and morphology of neurones, and it has been proven to be crucial in the pathogenesis of several neurological diseases.

My current project aims to understand how specific GTPases of the Rab family allow a mutual regulation between signalling and endosomal trafficking of TrkB receptors. More specifically, how TrkB signalling pathways regulate Rab10 for coordinating the assembly and sorting of signalling endosomes to retrograde axonal transport. Given that many neurodegenerative diseases show alterations in axonal transport and neurotrophic signalling and the fact that Rab10 has been recently shown to be an important factor in Alzheimer’s disease, this project has the potential to identify novel therapeutic targets for dementia. 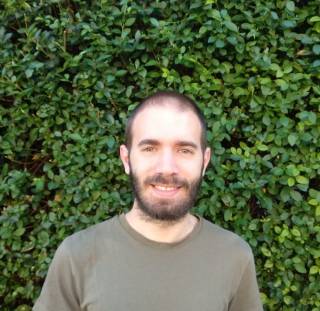 Dementia is one of the most challenging diseases impacting today’s society and its prevalence is expected to rise in the next years.

Tauopathies, such as Alzheimer’s Disease and Frontotemporal Dementia, are neurodegenerative diseases in which aggregation of toxic forms of the protein tau is observed leading to neuronal death and subsequently to dementia symptoms. Tau is a fundamental protein that binds microtubules and regulates motor proteins thus playing a crucial role in the regulation of axonal transport. Previous findings have shown that defects in axonal transport precede neuronal death in these and other neurodegenerative disease. However, a detailed analysis of these defects is lacking.
The aim of my UK-DRI funded postdoc is to characterize, by live imaging techniques, axonal transport deficits in vitro and in vivo in animal models of tauopathy as early pre-symptomatic signs of the pathology.
Previous work from our lab has identified different molecules enhancing axonal transport and we will test whether restoring physiological transport in tauopathy animal models before the onset of pathological symptoms could have beneficial effects modifying the progression of the pathology thus paving the way to novel therapeutic agents. 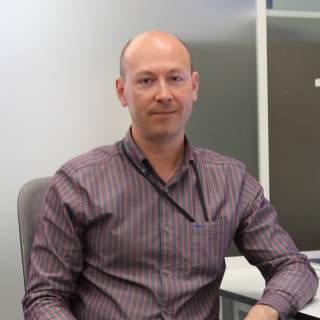 The BioID method exploits the property of the biotin ligase BirA to biotinylate proteins within a 10-nm radius. Fusion of BirA to an atoxic fragment of the TeNT (HcT) enables us to tag proteins coming into close contact with HcT during its recognition, internalisation and retrograde axonal transport in neurons. Tagged proteins are then isolated and identified by mass spectrometry and followed up by cell and molecular biology experiments to establish individual roles of these proteins in tetanus toxin propagation. Knowledge obtained by my research would be beneficial for combating tetanus as well as potentially useful for targeted neuronal drug delivery.

Ellie Rhymes: Investigating the effect of Ret inhibition on axonal transport deficits in the SOD1(G93A) mouse model of ALS 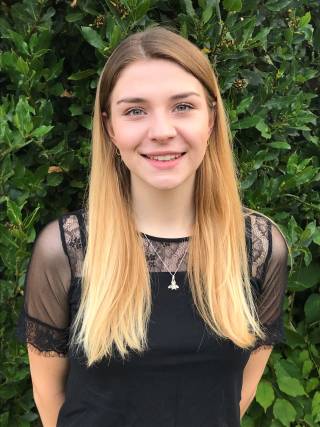 Defective axonal transport of organelles, proteins, mRNA and vesicles is an early feature amyotrophic lateral sclerosis (ALS). Restoration of physiological axonal transport therefore holds promise as a potential therapeutic route. Early and presymptomatic deficits in axonal transport are seen in the SOD1(G93A) ALS mouse model, both in vitro and in vivo, making this an ideal model to study these deficits, and test potential therapeutics. A screen of kinase inhibitors conducted in the lab identified Ret inhibitors as transport accelerators. Ret is a tyrosine kinase receptor, whose ligands include the glial-cell line derived neurotrophic factor (GDNF), a key neurotrophic factor for motor neuron homeostasis. However, in its ligand-unbound state, Ret instead promotes cell death, categorising it as a dependence receptor. This alternative activity could explain why inhibition of a survival-promoting receptor has been shown to improve transport. This project explores the levels, activation and localisation of Ret in WT vs SOD1(G93A) primary motor neurons, and assesses the downstream effects of Ret inhibition to determine whether this could rescue transport deficits seen in SOD1 mice.

Alex Rossor: Control of receptor trafficking as a therapeutic target in the hereditary neuropathies 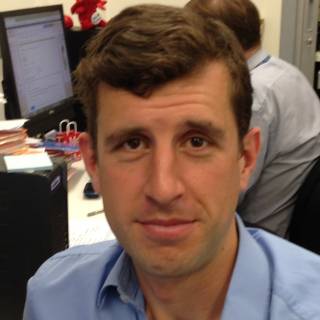 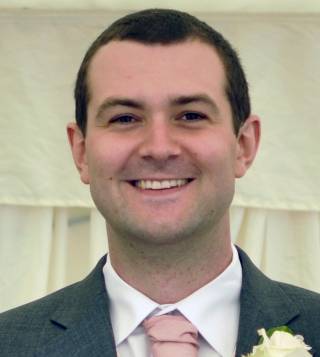 I am particularly interested in understanding the cause of neuronal susceptibility often observed in diseases that affect the peripheral nervous system. Motor and sensory nerves appear to be highly susceptible cells; mutations in numerous different genes important throughout the body manifest in a very specific detrimental effect on these peripheral neurons.

Charcot-Marie-Tooth disease (CMT) is a large group of genetically diverse peripheral neuropathies that share the principal pathological feature of progressive motor and sensory impairment. CMT type 2D (CMT2D) is caused by dominant, toxic gain-of-function mutations in a gene called GARS, which encodes glycyl-tRNA synthetase (GlyRS). GlyRS attaches the amino acid glycine to its cognate transfer RNA (tRNA), thereby priming the tRNA for protein translation. This housekeeping function of glycine aminoacylation explains the widespread and constitutive nature of GARS expression, but how do mutations that affect a protein found in all cells selectively trigger peripheral nerve degeneration?

I currently have a Wellcome Trust Sir Henry Wellcome Postdoctoral Fellowship that I am using to answer this question. I am using live imaging of cellular dynamics, including axonal transport, to interrogate both the motor and sensory systems in cell and animal models to better understand the cause of neuronal fragility seen in CMT2D.

Sunaina Surana: Investigating the relationship between nidogens and neurotrophins 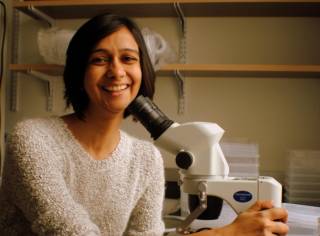 The tetanus neurotoxin is known to enter the same intracellular trafficking pathway entered by neurotrophic growth factors (Salinas et al., 2010). The recent finding that the tetanus toxin utilizes nidogens to facilitate its entry into neurons (Bercsenyi et al., 2014) raises the possibility that a similar mechanism might be in place to modulate the entry and sorting of neurotrophins. My project aims to study the role, if any, of nidogens on the uptake and transport of these growth factors. Proteins that are interacting partners of nidogens at the synaptic basement membrane are first identified using mass spectrometry. From this pool, neurotrophins are selected and, using a variety of biochemical and cell biological approaches, the effects of changing their binding status to nidogens are studied. Such an interaction with the extracellular matrix, if found, would be a stepping-stone for exploring the regulation of neurotrophins prior to their entry into neurons. 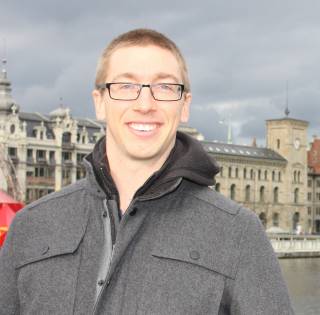 Axonal transport ensures long-range delivery of essential components and signals between proximal and distal aspects of neurons. Transcytosis, the process where ligands are endocytosed in axon terminals and transported to the somatodendritic plasma membrane for release into the synaptic cleft, is another vital biological function that maintains neuronal survival. There is little knowledge of this biological process, however, this pathway is exploited by tetanus neurotoxin (TeNT). TeNT is retrogradely transported to motor neuron somata and is subsequently released into the synaptic cleft whereby TeNT binds to innervating interneurons, blocks their transmission and results in a spastic paralysis. My project will investigate the mechanisms governing transcytosis and in particular, the function of nidogens in the mechanisms responsible for sorting and transcytosis of signalling endosome cargoes. In addition, I will explore the role of transcytosis of signalling endosomes cargoes and pathological proteins in the spread of motor neuron disease/amyotrophic lateral sclerosis.

David Villarroel Campos: Regulation of intracellular traffic by TBK1 and its relevance to Amyotrophic Lateral Sclerosis 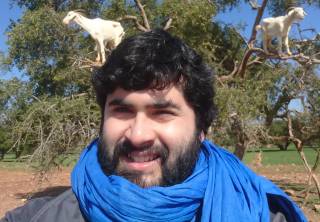 The aim of my project is to determine the putative regulation of TBK1 on axonal transport and its consequences for motor neurone homeostasis. Previous results from our lab have shown a functional link between TBK1 and some elements present in neurotrophin signalling endosomes. I am evaluating the effect of TBK1 gain- and loss-of-function on the axonal transport of signalling endosomes, using genetic and pharmacological tools, as well as the phenotypic changes associated to the expression of TBK1 variants linked to ALS. I am also interested in the assessment of TBK1 activity on transgenic models of the disease, and the crosstalk between axonal transport and the regulation of autophagy.