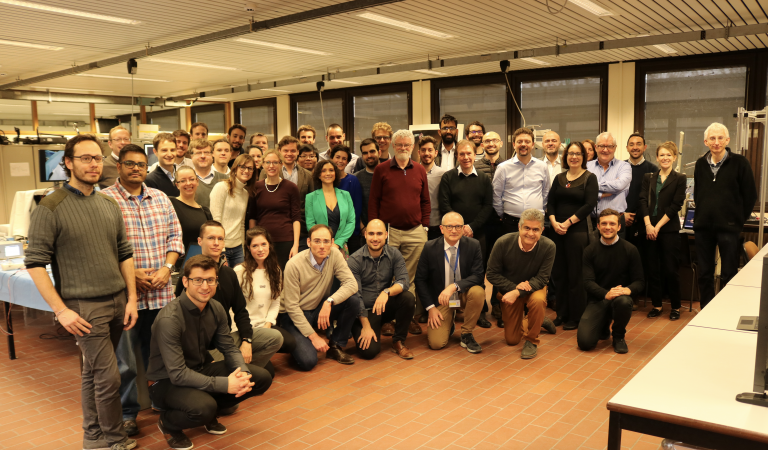 gift-surg.ac.uk/" target="_self">GIFT-Surg staff and students came together at KU Leuven to host a symposium on "Recent Developments in Assistive Technology for Fetal Therapy and Surgery" to mark 3 and half years of the project.

This was the halfway point of the 7-year project to develop novel tools and therapies for fetal surgery and was an opportunity to review progress, check key milestones have been met and network with fellow researchers and collaborators.

The day began with a mini symposium involving all researchers working on the GIFT-Surg project, who presented their work during two poster sessions. The group then went on to hear from three keynote speakers: Professor H. Bruyninckx, who discussed the role of the "knowledge pyramid" in robotics Research & Development, Professor P. Stalmans, who reported the results of a phase 1 clinical trial using robotic retinal vein cannulation, and Professor Nassir Navab, who covered the latest work from the Computer Aided Medical Procedures and Augmented Reality (CAMPAR) medical engineering lab at TUM. One highlight of the day was the visit to UZ Leuven, the university hospital, to see their clinical labs and an overview of the research work carried in collaboration with KU Leuven.

The GIFT-Surg review meeting on the second day saw 9 presentations from across the various technical and clinical work packages, covering topics such as placental perfusion, neocortex structure, actuated devices and surgical validation models. Following the end of the scheduled talks, the Research Steering Group had a closed meeting. The Research Steering Group meets every 6 months to update on the overall progress of the GIFT-Surg project and review its direction and impact. 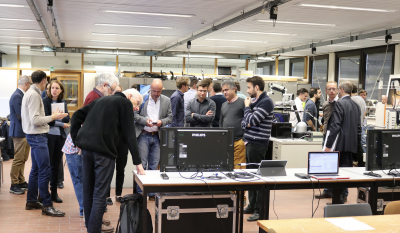 During the trip, there was also a demo discussion on the importance of public engagement which highlighted the work showcased at the Inside the womb exhibition earlier this year. The second day included further research demonstrations such as the technology being developed for fetal surgery and the chance to try out some training devices using virtual reality (VR) and 3D technology.

" WEISS provides an exciting opportunity to advance innovative biomedical engineering research at UCL and to deliver effective interventions that will have real patient benefit. The cutting-edge interdisciplinary facilities at Charles Bell House allow us to work alongside colleagues in surgery and radiology to accelerate our impact." Professor David Hawkes, Director of WEISS