At UCL there is a huge space research community, and not only in the Science faculties.

Obviously there are many researchers within the 'hard sciences' but there are also many humanities scholars at UCL whose work relates to space and astronomy, in a range of subjects including history, art, literature, and philosophy. 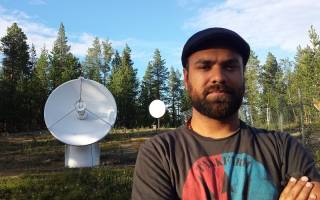 Dr David Jeevendrampillai is an Anthropologist of Outer Space. As a research fellow on the ERC funded ETHNO-ISS project his current research examines the curation, narration and use of Earth Imagery from the International Space Station. He is interested in the anthropology of the future, technology and modernity, the politics of knowing place and emergent conceptions of the human and the body, particularly in relation to technology and data. His interests encompass but are not limited to discussions on land rights, post-cosmopolitanisms and colonialism. He is interested in bringing together the wide array of academic disciplines involved in space science to engage in a critical discussions around outer space. 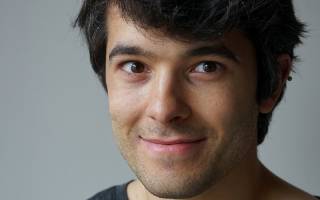 Paddy Edgley is an anthropologist and PhD candidate at UCL Anthropology. His work ethnographically traces how people engage with the cosmos through stargazing and astrophotography. His current project involves working with amateur astronomers in and around central London. He focuses on the relations between humans and their planetary/cosmic environment. He studies the intellectual, material, and social work that goes into constructing cosmic perspectives, space communities and astronomical traditions. He is particularly interested in the limits of knowledge and knowledge making practices. Through his study of cosmic knowledge he is also interested in the history and form of the scientific tradition, ecological thought, and ideas of the anthropocene, as well imagined human futures. His research interests include: cosmopolitics, prospective futures and utopianism, space anthropology, and astronomy and cosmology. 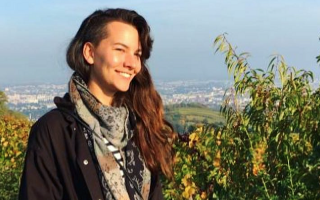 Adryon Kozel is an anthropologist and PhD candidate at UCL Anthropology. As an associated researcher with the ERC-funded ETHNO-ISS project, Adryon researches how astronauts' and space agencies' use of social media reinforces and constructs global and extraterrestrial culture and imagination. Through a digital ethnographic investigation of the social media environments of the ISS, her project examines the ways in which communities of space enthusiasts emerge and how people relate to place, science projects, and extreme environments through the virtual. She is interested in exploring how to conduct and co-produce social science research with online communities of enthusiasts through building on and developing innovative digital ethnographic methods. Her research interests include the anthropology of outer space, diverse narratives of the future, storytelling, virtual reality, digital co-presence, enthusiasm, home, place, and identity. As Communications Manager, Adryon is responsible for expanding the Centre's social media and promoting convergences, conversations, and events around space studies at UCL.

Dr Sarah Fortais is a Canadian artist and researcher interested in bricolage: disassembling, repurposing, and modifying existing objects or ideas to generate new understanding. Fortais received a PhD in Fine Art from the Slade School of Fine Art (2018), where she built spacesuits for animals, borrowed NASA moon rocks, produced the first graphic representation of every animal that has left Earth's atmosphere, and created strategies to observe and define what it means to call a person or thing ‘cool’. Fortais has also created a copy of an Apollo A5-L pressure suit out of materials sourced from the streets of London, and has produced a series of performative mission simulations and exhibitions, including 'Voyageur' (with Nikolas Ventourakis) for, "Hors Pistes: La lune: Zone Imaginaire à Défendre", in the Centre Pompidou, Paris, France (2019). She received the Kenneth Armitage Sculpture Prize and the Westbury Arts Centre Graduate Residency, Milton Keynes, in 2016. In 2018, with Dr. Dawn Gaietto, Fortais put together an interdisciplinary conference focussing on the nonhuman (titled:"Rendering the Invisible Visible") at University College London, and was awarded an Octagon Grant. Currently, Fortais is the Specialist Casting Technician for Central Saint Martins, University of the Arts London, and delivers lectures on themes such as cool, bricolage, the non-human, copying, mapping, spacesuits, and defamiliarization. www.sarahfortais.com

The COSS Affiliates list is made up of the staff and doctoral researchers at UCL whose work involves the critical study of Outer Space. The affiliates make up the intellectual energy and vibrancy of the centre. The centre is run for and by its affiliates who use the centre to foster interdisciplinary and public conversations on the study of outer space. COSS sends internal newsletters to its affiliates each term and promotes their work through COSS social media channels. To become a COSS Affiliate please send an email to david.jeevendrampillai@ucl.ac.uk and lucy.stagg@ucl.ac.uk