A new risk-stratification tool which can accurately predict the likelihood of deterioration in adults hospitalised with COVID-19 has been developed by UCL researchers, in collaboration with the UK Coronavirus Clinical Characterisation Consortium (known as ISARIC4C). 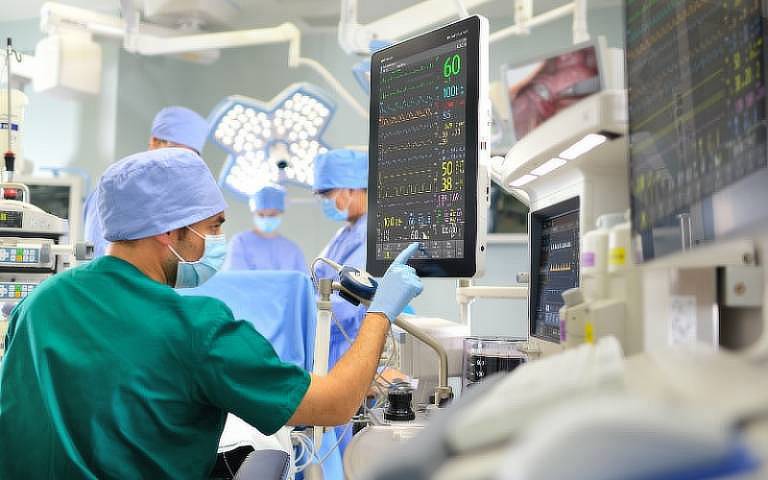 The tool assesses 11 measurements* routinely collected from patients, including age, gender, and physical measurements (such as oxygen levels) along with some standard laboratory tests and calculates a percentage risk of deterioration, known as the ‘4C Deterioration Score’.

Co-senior and corresponding author, Professor Mahdad Noursadeghi, said: “Accurate risk-stratification at the point of admission to hospital will give doctors greater confidence about clinical decisions and planning ahead for the needs of individual patients.

“The addition of the new 4C Deterioration Score alongside the 4C Mortality Score will provide clinicians with an evidence-based measure to identify those who will need increased hospital support during their admission, even if they have a low risk of death.”

The tool was developed using data from 74,944 individuals with COVID-19*** admitted to 260 hospitals across England, Scotland and Wales, between February 6 and August 26, 2020.

Using a multivariable logistic regression model (where several measures are used to predict an outcome), researchers tested the 11 measures (age/gender/physical measures/lab tests) against the large patient cohort, to establish how, and to what to degree each of the measures affected the likelihood of deterioration.

Furthermore, researchers assessed how well the tool performed in nine NHS regions and found that it performed similarly well in each, suggesting that it is likely to be useful across the NHS. Importantly, the new risk score showed superior performance across the NHS, in comparison to previous risk scores.

First author Dr Rishi Gupta (UCL Institute of Global Health) said: “The scale and wide geographical coverage of the ISARIC4C study across the country was critical to the development of this prediction tool. Our analysis provides very encouraging evidence that the 4C Deterioration tool is likely to be useful for clinicians across England, Scotland and Wales to support clinical decision-making.”

The tool can potentially be incorporated into NHS Trusts’ Electronic Health Record System – used to manage all patient care – so that risk scores are automatically generated for patients.

Researchers suggest that the tool could also be used in other countries for risk-stratification, but should first be evaluated to test its accuracy in these settings.

It is principally funded by grants from the National Institute for Health Research (NIHR) and UK Medical Research Council.

*The 11 measures (demographic, clinical, and laboratory predictors) are age; gender; acquisition of infection in hospital or community; existence of infiltrates (white spots) on lung X-Ray; impairment of consciousness level (defined by the Glasgow Coma Scale); respiratory rate (breaths per minute); oxygen saturation (measured with a finger probe); blood C-reactive protein levels; level of urea (in blood); number of lymphocytes in blood; and whether or not the patient is receiving oxygen (from a breathing aid).

***For this modelling study adults (18 or over) who had highly suspected or confirmed COVID-19 were included.