The SARS-CoV-2 Alpha (B.1.1.7) variant mutated to evade our ‘innate immune system’, helping establish it as the world’s first ‘Variant of Concern’, finds a new study led by researchers at UCL and the Quantitative Biosciences Institute, University of California San Francisco. 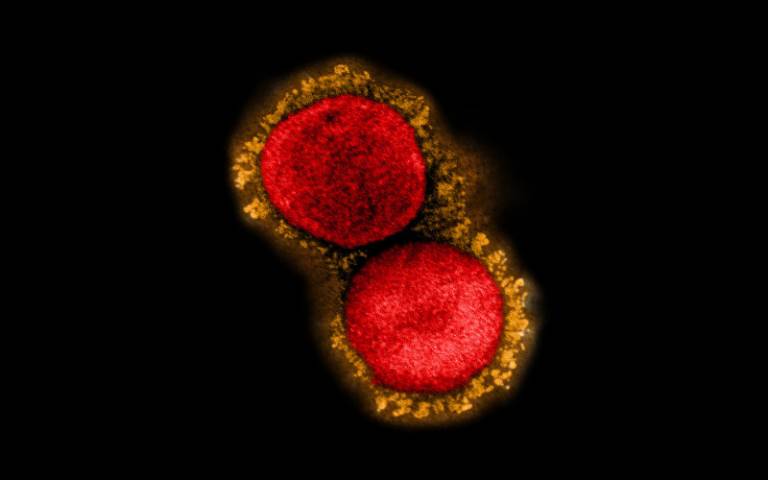 Published in Nature, the study shows the Alpha variant, first identified in the UK, evolved to make more of its ‘antagonism proteins’ that nullify the body’s first line of defence, known as the ‘innate immune system’.

Every cell in the nose, throat and lungs (airways) have a network of sensors that detect incoming viruses. When this happens the cells produce the protein interferon, which acts like a ‘burglar alarm’ and orchestrates a blanket anti-viral response, across both non-immune and immune cells (T cells and antibodies) to avert infection. But antagonism proteins can help the virus to evade these sensors.

Scientists say the breakthrough findings provide a powerful insight into how SARS-CoV-2 is evolving, and offer a fresh clue to help identify new and emerging Variants of Concern, which are both highly transmissible and infectious.

Co-first author Dr Lucy Thorne (UCL Division of Infection & Immunity) said: “We wanted to know what made the SARS-CoV-2 Alpha variant special. How had it evolved from the first wave strain identified in Wuhan, China, and what features did it have that allowed it to spread around the world and become the first variant of concern?

“We found that that the SARS-CoV-2 Alpha variant had adapted to avoid triggering our defensive frontline innate immune response much better than the first wave viruses. We discovered it does this by making more of the virus proteins that can disable the innate immune system. These proteins are called N, Orf6 and Orf9b and are known as innate immune antagonists.

“By mutating to evade our innate immune system, the Alpha variant can replicate under the radar in the early stages of infection, which we think significantly increases its chances of infecting a person when it lands in their nose, throat or lungs. For a virus this is a resounding success, enabling it to more efficiently spread from person to person.”

For the study, researchers added samples of Alpha (B.1.1.7 lineage) to lab-grown lung cells – to mimic the cells infected by the virus in the body. Scientists then measured how much the virus grew and assessed whether the innate immune system was activated (or to what degree) by measuring the amount of interferon produced.

Researchers observed that the levels of interferon produced during Alpha infection were far lower than all earlier SARS-CoV-2 variants, which had principally seen mutations to the ‘spike’ protein.

To pinpoint exactly why Alpha was compromising the innate immune system, collaborators at the Quantitative Biosciences Institute (QBI), including co-senior author and director of QBI Nevan Krogan and co-first authors Mehdi Bouhaddou and Lorena Zuliani-Alvarez, looked at how the proteins expressed in Alpha differed from previous variants. By measuring all of the proteins and all of the RNA in infected cells, they found antagonism proteins N, Orf6 and Orf9b, which are present in all coronaviruses and whose function is to dampen down cell responses, were ‘dialled up’ in the Alpha variant.

Researchers believe this increase in antagonism proteins is the result of numerous mutations in the regulatory regions of SARS-CoV-2, which control protein expression levels.

Commenting on the findings, co-senior author Professor Greg Towers (UCL Division of Infection & Immunity), said: “We have never seen anything like this before; we know viruses adapt and we expect to see the proteins adapting so they work better in humans. But Alpha is using its antagonism proteins, that help evade detection a little bit, and cranking up how much it makes. That is unique.

“The real value of our discovery is showing how this incredible virus evolved from the initial SARS-CoV-2 strain, and it also helps us understand how our protective innate immunity works.”

In preliminary research, the team has identified that some of the mutations to the regulatory regions of SARS-CoV-2 found in Alpha are present in the subsequent Variants of Concern, Delta and Omicron, but it is believed these variants succeeded primarily due to mutations in the spike protein.

Co-first author Dr Ann-Kathrin Reuschl (UCL Division of Infection & Immunity) added: “It will be fascinating to see how the other variants, such as Delta and Omicron, perform comparatively in our lung epithelial systems. Whether the viruses rely on similar approaches to innate antagonism or have evolved distinct strategies to evade the immune defences, will teach us not only about the viruses themselves but also about human biology.”

Co-senior author Professor Clare Jolly (UCL Division of Infection & Immunity) added: “It’s fascinating to watch a virus evolve in real time – we expect it to continue to evolve and we hope our work will help to understand the next round of variants too.”