Speed, compliance and monitoring crucial to test and trace programmes

Test, trace and isolate programmes could help control the spread of COVID-19 if test results are delivered quickly, contacts are traced and public compliance is high, finds a report co-authored by UCL’s Professor Dame Anne Johnson. 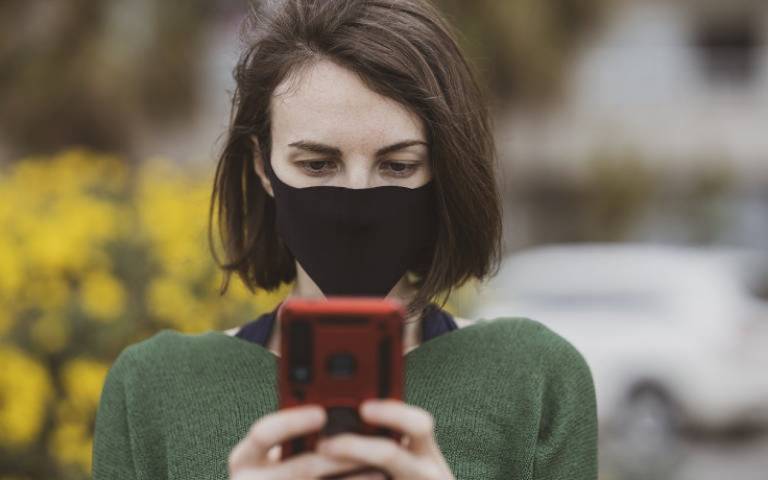 The findings were released today by the Data Evaluation and Learning for Viral Epidemics (DELVE) group, a multi-disciplinary team convened by the Royal Society to support a data-driven approach to learning from the different approaches countries are taking to managing the pandemic.

They highlight that the speed at which fast tests can be completed, results delivered and contact traced, high levels of public compliance and the ability to identify a large proportion of cases will be crucial to the success of any Test, Trace and Isolate (TTI) programme.

Research by DELVE shows that, if effectively implemented across the population, TTI can help control the UK COVID-19 epidemic as part of a wider package of interventions including social distancing, infection control, and hand and respiratory hygiene.

Self-isolation of symptomatic individuals and quarantine of their household contacts as part of the TTI system, has a substantial impact on the number of new infections generated by each index case. Adding contact tracing for extra-household contacts of confirmed cases to this broader package of interventions reduces the number of new infections otherwise occurring by 5-15%.

DELVE modelling shows that the upper end of this range can be achieved when the overall test and trace period for contacts has been reduced from five days to three days, due to the quarantining of infected contacts just before they become most infectious.

The extent to which the public participate and comply with the TTI guidance strongly affects its usefulness, as there are many steps in the TTI system where cases and contacts can be lost. Bringing more contact chains within the TTI system is central to its effectiveness; integration of TTI data with systematic population-based surveillance can be mutually beneficial in focusing efforts where transmission is greatest. Phone-based apps may be able to increase TTI speed and compliance but is likely to be an adjunct to a manual TTI system.

Professor Dame Anne Johnson (UCL Institute of Epidemiology & Health Care and UCL Infection & Immunity) and Vice President of the Academy of Medical Sciences said: “All aspects of a coordinated TTI system must be firmly guided by the core public health purpose of reducing transmissions and contributing to maintaining an effective reproduction number Re below 1. Alongside its public health benefits, the system enables identification of cases for clinical care and provides intelligence on the course of the epidemic (surveillance), which in turn enables TTI to be targeted to optimise its primary purpose. Fast testing also allows those who are not infected, and their families, to carry on with their lives.

”One of the keys to success of any potential TTI programme will be ensuring that it is carried out in an integrated way – joining up Public Health England, NHSX, primary and community care and the various other strands required to deliver a truly national effort.  There are many potential pitfalls for such a system and it is important that all of those are carefully considered in introducing such a complex undertaking.”

Other key points in the report include:

Professor Sir Venki Ramakrishnan, chair of the DELVE committee and President of the Royal Society, said: “Countries that have managed to, at least temporarily, control their COVID-19 epidemics have almost all enacted and maintained substantial testing and contact tracing efforts from early in their epidemics. Our report suggests that a test, trace and isolate programme, if effectively delivered, can play an important part in bringing this pandemic under control but that it should not be considered as a silver bullet.”