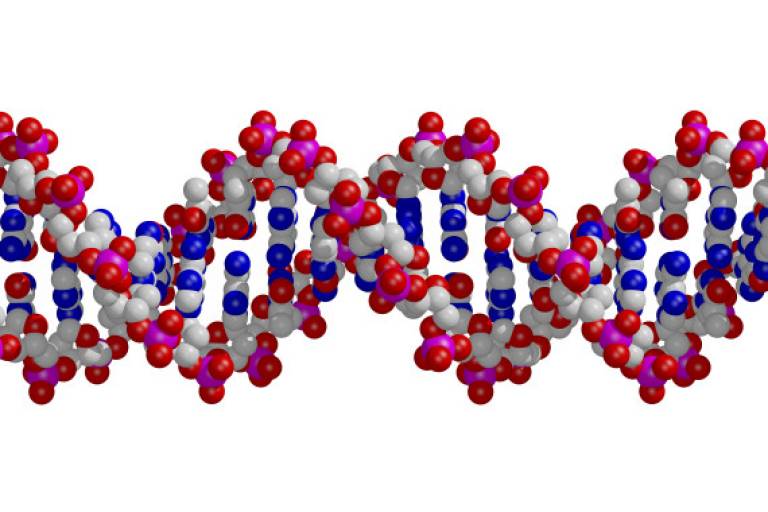 The study, published on 23 October 2017 in the journal Nature Ecology and Evolution, offers insights into how genes function, how the rates of evolutionary divergence can be predicted, and how harmful mutations arise at a basic level.

Their theory of evolutionary mechanics transforms evolving molecular systems into a framework where the tools of statistical mechanics can be applied, opening a novel window into how protein evolution works. "The approach rests on understanding proteins as integrated systems," said Goldstein. "Too often we ignore interactions between different parts of a protein, but we know that changes in one part of the protein affect subsequent changes in other parts. It turns out this is really important for understanding why these molecules evolve the way they do."

Proteins constantly change as mutations become fixed or eliminated depending on the protein structure, function and stability. This depends on amino acid interactions throughout the protein that cause evolution at one site to alter the chance of evolution at other sites.  The scientists discovered that they could predict rates of protein evolution based on their biochemical properties. "This was a real surprise," study co-author Pollock said. "Our theory accounts for well-known population genetics effects such as strength of selection and effective population size, but they drop out of the final equations that predict the rate of molecular evolution."

For years, researchers have run up against problems with standard models of molecular evolution used in studying the evolutionary relationships among species. This led to difficulties in reconstructing important evolutionary events in ancestral organisms. These patterns of molecular convergence were found to change regularly over evolutionary time in ways that indicated continually fluctuating constraints in different parts of proteins. "This flips around the usual idea that the amino acids will adjust to the requirements of the rest of the protein," Goldstein said. "But we couldn't explain exactly why this happened, or whether there was any regularity to the process."

But once the system was placed into a statistical mechanics framework, the magnitude of amino acid entrenchment was seen as central to understanding rates of evolutionary divergence. The researchers said that the strength of selection in protein evolution is balanced by the sequence entropy of folding, the number of sequences that provide a protein with a given degree of stability. "We like to think of the other amino acids as a bunch of kids jumping down on a memory foam mattress while you try to walk on it," Pollock said. "Most of the time your feet are sunk into the mattress and you can't step forward, but every so often the kids will create a dent in the mattress that allows you to step ahead."

The title of the paper is "Sequence entropy of folding and the absolute rate of amino acid substitutions."