Reducing the barriers to science participation for young people globally 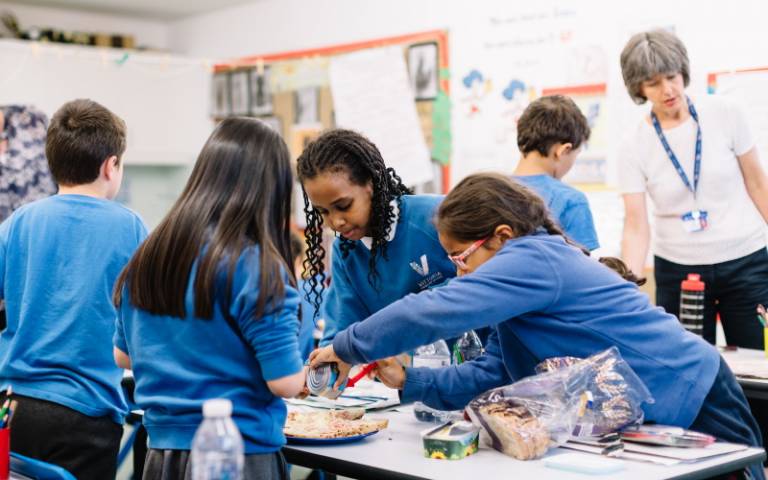 Enabling a diverse range of people to engage with science is vital to maximise scientific innovation and advance social justice.

Despite international efforts, barriers to participation remain and prevent some groups of students continuing with science subjects. A team of IOE experts led by Professor Louise Archer developed and trialled a new approach to science teaching: the Science Capital Teaching Approach (SCTA).

A student-led approach to science

The SCTA is designed to increase and broaden participation in science through transforming the way the subject is framed, changing the field rather than the student and valuing what students bring to the teaching.

Inspiration for the approach derived from the ASPIRES study, which explored the science aspirations of over 40,000 pupils aged 10-19. This research found that while most young people considered school science interesting, only one in six aspired to a career in science. It showed that the way science is taught in school is a significant factor in whether students continue to study science post-16.

The concept of ‘science capital’ originated from the ASPIRES study, being further developed through the Enterprising Science project, both which started in King’s College London before moving to IOE.

The SCTA was co-developed with 43 secondary science teachers and 1,200 students over four years. It provides practical examples and tools for adapting existing lesson plans and activities to help build students’ science capital and support equitable engagement.

Initial analysis showed that at schools using the SCTA, students’ attainment levels were higher, pupils were more engaged and there was more inclusive classroom participation. In these schools, students’ science capital increased and the numbers who expressed an intention to study one or more science A-levels increased from 16% to 21.4%.

Through dissemination of the SCTA, training has been provided to hundreds of teachers, science capital has been introduced as a key component in the Primary Science Quality Mark (a national award programme to celebrate science in primary schools), and SCTA principles have been incorporated into the strategic plans of numerous science centres and educational charities. Globally, the influence of SCTA has created a step-change in how science education is understood and delivered in over 80 countries.

This research has been widely recognised for its outstanding quality and impact, winning the 2018 British Educational Research Association Public Engagement and Impact Award, and the 2019 Economic and Social Research Council Celebrating Impact Award.