A new programme of interventions evaluated by the Evidence Based Practice Unit at UCL and the Anna Freud Centre is transforming support for young people’s mental health. 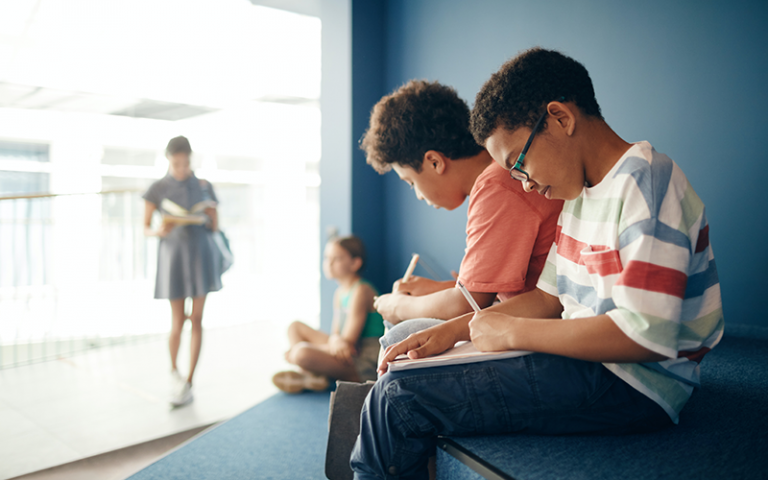 Research carried out in 2021 indicates that around one in six children and young people have a probable mental health disorder - a dramatic increase from one in nine in 2017. There is an urgent need to develop effective programmes to address this growing problem and to support healthy development during adolescence.

The HeadStart Learning Programme was the first large-scale, longitudinal investigation of resilience-based approaches to support the mental health and wellbeing of young people in England. The programme, led by Professor Jess Deighton at the Evidence Based Practice Unit at UCL and the Anna Freud Centre, has created a detailed national picture of young people’s mental health that has informed policy development at the former Public Health England and the Departments for Education and Health & Social Care.

It has already changed mental health policies in six local authorities covering 300 schools across England. Findings from the UCL research have raised media and public awareness of the issues that affect young people’s mental health.

The £67.4 million National Lottery funded programme was established in 2014 to explore and test new ways to improve the mental health and wellbeing of young people aged ten   to sixteen and prevent serious mental health issues from developing.

The UCL-led collaboration was also commissioned to evaluate and assess the interventions and developed a Wellbeing Measurement Framework (WMF). The framework uses comprehensive questionnaires to capture details of participants’ wellbeing, behavioural and emotional difficulties, ability to deal with stress and manage emotions, and to quantify protective factors such as support at school, home and in the community.

More than 60,000 pupils in 210 secondary schools in England participated in the WMF questionnaire, providing a snapshot of young people’s mental health and resilience at Year 9, with a quarter of participants followed up for three subsequent years.

The HeadStart Learning Programme also includes feedback mechanisms for schools to review and monitor whole-school mental health and wellbeing and, in collaboration with the University of Manchester, the team developed an online platform that presents the findings for individual schools, allowing them to benchmark themselves against others.

The WMF has been a major channel for youth voice in schools, which has ensured interventions align with the needs and preferences identified by young people themselves.

Through showing schools how to embed wellbeing measurement in their settings, the WMF has supported implementation of whole-school approaches to mental health endorsed by the UK Department for Education.

By raising awareness of the issues, schools are identifying the students most likely to benefit from specific support and interventions. The HeadStart Learning Programme’s findings have informed evidence and policy briefings and are being used by NHS England, local authorities, Public Health England, Department for Education and the Office for National Statistics to inform service development.

A new programme of mental health resources and interventions based on research and data from the Evidence Based Practice Unit at UCL and the Anna Freud Centre is transforming the way young people with mental health difficulties are identified and supported. It has already changed mental health policies in six local authorities covering 300 schools across England. Findings from the UCL research have raised media and public awareness of the issues that affect young people’s mental health.