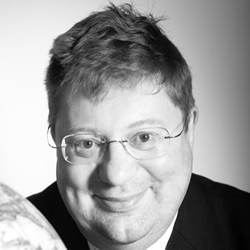 Hugh Griffiths holds the THALES/Royal Academy Chair of RF Sensors in the Department of Electronic and Electrical Engineering at University College London, England.  From 2006–2008 he served as Principal of the Defence Academy College of Management and Technology. He received the MA degree in Physics from Oxford University in 1975, then spent three years working in industry, before joining University College London, where he received the PhD degree in 1986 and the DSc(Eng) degree in 2000, and served as Head of Department from 2001–2006.

His research interests include radar systems and signal processing (particularly bistatic radar and synthetic aperture radar), and antenna measurement techniques.  He serves as Editor-in-Chief of the IET Radar, Sonar and Navigation journal. He has published over five hundred papers and technical articles in the fields of radar, antennas and sonar.  He has received several awards and prizes, including the IEEE Picard Medal (2017), the IEEE AES Mimno Award (2015), the IET A.F. Harvey Prize (2012) and the IEEE AES Nathanson Award (1996). He is a Fellow of the IET (previously IEE), Fellow of the IEEE, and in 1997 he was elected to Fellowship of the Royal Academy of Engineering.

He was appointed OBE in the 2019 New Year's Honours List for Services to Engineering.