UCL has joined a consortium of nine companies and five leading UK universities to meet the challenge of integrating quantum computers with traditional computing systems and data centres. 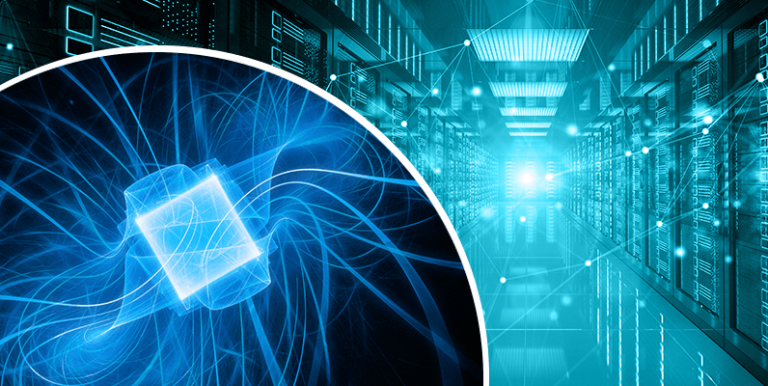 UCL, led by Prof George Zervas, has joined a consortium of nine companies and five leading UK universities to meet the challenge of integrating quantum computers with traditional computing systems and data centres.

The Consortium is led by London-based ORCA Computing and includes industry partners BT, BP, Riverlane, and KETS. Professor George Zervas, based in the UCL's Optical Networks Group will lead UCL's input to the project.

The project, entitled "The quantum-enabled data centre", funded by a £9 million grant and announced earlier this month, is part of the UK’s National Quantum Technologies Programme (NQTP).

For the first time ever, this project will look at quantum technologies through the lens of the existing industry, producing a quantum computing system that aims to work seamlessly with existing computers not developed specifically for such an application. Developing and demonstrating this ability is critical for quantum computers to realise potential speedup or power-increase over what is already available.

The work will bring together experts in classical data centres and networking, quantum computing and quantum communications to develop a blueprint for a quantum/classical hybrid data centre and a quantum internet.

The project will centre on ORCA connecting its time-based quantum computer into a BT data centre to make artificial intelligence and machine learning faster. KETs will connect its quantum communications technologies to make communication to, from and between data centres more secure.

"Data centres are central to our lives, but so far no one has looked at how quantum technologies actually impact the technologies already out there. In this project, we will for the first time deploy quantum computers side-by-side and integrated with classical systems.

“Currently, quantum computing and quantum communications, which focuses on keeping data secure, are being developed in isolation. This is not just counter to the direction of computing towards greater co-ordination and integrated systems, but a severe limitation on quantum use."

Commenting on the importance of working side-by-side between academia and Industry Professor Zervas Said:

"Bringing together industry and academia across ICT and Quantum communities is of paramount importance to explore, design and prototype future quantum and classical data centre systems.

"We are excited to collaborate with ORCA, BT and other project partners to co-design, implement and demonstrate optical network technologies, architectures and systems to maximize distributed quantum and classical computing performance."