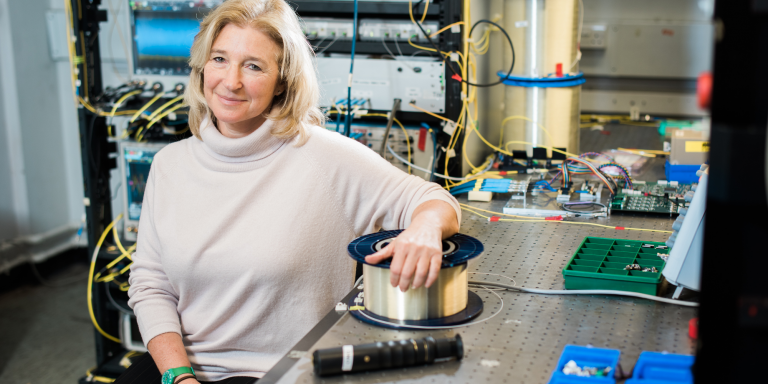 This month esteemed UCL engineer, and ICCS director, Prof Polina Bayvel CBE was made an Honorary Fellow of the Institution of Engineering and Technology (IET).

At an event held a Savoy Place, headquarters of the IET Professor Bayvel, Head of the Optical Networks Group at UCL Electronic & Electrical Engineering, was awarded her fellowship.

The evening of the 15th of November was the IET Achievement Awards, among the work that Polina was recognised for was her world-class researcher in photonics with interests are in the area of optical communications, wavelength-routed optical networks, high-speed optical transmission, and the study and mitigation of fibre nonlinearities.

She was one of the first to show the feasibility of using the wavelength domain for routing in optical networks, and designed high-precision wavelength-selective devices, to generate and route multiple wavelengths in telecommunication networks, significantly increasing their capacity.

Having been a member of the IET since the first of my student days, it is an enormous privilege, but also responsibility, to follow the many great electrical engineers and scientists honoured in this way, and to continue the tradition of so many of my distinguished predecessors and mentors at UCL

I am delighted that we are able to mark the outstanding achievements of Professor Bayvel, with one of the IET’s highest honours, Honorary Fellowship. She is a highly distinguished engineer and has made a significant contribution to photonics, particularly fibre optics, across the world.“