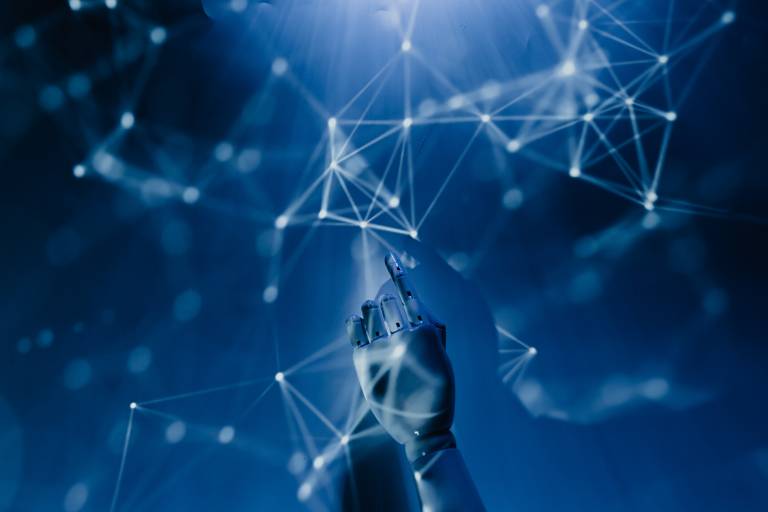 On 1 December 2021, the Institute of Brand and Innovation Law (IBIL) at UCL Laws co-hosted an online panel event, chaired by Gwilym Roberts, Hon. Sec. of the UK Chartered Institute of Patent Attorneys (CIPA). The topic of the seminar centred on the UK Intellectual Property Office (UKIPO) latest consultation on AI and patents which looks, inter alia, on the issue of AI and inventorship, in light of a recent Court of Appeal's decision in which the court upheld the earlier decision of the UKIPO and High Court i.e. that a patent application filed by Dr Stephen Thaler should be deemed withdrawn because current patent law requires applicants to identify a human inventor, whereas Dr Thaler had stated the inventor was DABUS (the name of Dr Thaler’s AI machine).

At the end of September, the Court of Appeal for England and Wales handed down the long-awaited judgment in Thaler v Comptroller General [2021] EWCA Civ 1374. The Court, by a majority of two to one, upheld the earlier decision of the UKIPO and High Court that a patent application filed by Dr Stephen Thaler should be deemed withdrawn. It was the majority view that, despite timely filing of a Patents Form 7 which identified the inventor as DABUS (the name of Dr Thaler’s AI machine), he had failed to comply with Section 13(2) of the Patents Act 1977. Lord Justice Arnold’s conclusion was based upon a ‘systematic interpretation’ of the term ‘inventor’. Rather than ‘identifying the person … whom he believe[d] to be the inventor’ - as the Form 7 required - Dr Thaler had ‘deliberately identified a non-person as the inventor’. The answer given – DABUS – was a simply a ‘legal impossibility’. Arnold LJ emphasised that this was not some new ground of refusal, or a mere formality, but simply gave effect to the statutory requirement that ‘the inventor must be a person’. Lady Justice Laing agreed. In his dissent, Lord Justice Birss agreed that DABUS is not the ‘inventor’ or ‘actual deviser’ of the claimed invention, but he placed more weight on the purpose of Section 13(2). Having traced its legislative history, Birss LJ identified that the provision was enacted to place the basis of the applicant’s entitlement claim in the public domain (thereby giving someone believing to have a better claim the opportunity to lodge a challenge). Dr Thaler had completed the Form 7 honestly and as fully as he could. As his claim to derivation of the rights was clear, and would appear on the Register, he had fulfilled his Section 13 obligations.

Leave to appeal the decision to the UK Supreme Court is currently pending, reflecting the uncertain status of Thaler’s co-pending applications in a number of jurisdictions around the world. The Court of Appeal noted that the possibility of legislative change in light of the Government’s ongoing consultation about AI and IP - but emphasised that the Thaler case must be decided on the basis of what the current law is and not what it ought to be. Our panel was not so constrained, but instead considered the UKIPO’s consultation on possible law reform in this area.

Dr Nicki Curtis, Senior Policy Advisor at the UKIPO outlined the scope of the Office's current consultation, which asks: 'Should we protect AI-devised inventions and if so, how should they be protected?' The consultation proposes the following four options for consideration:

These options were then debated by the others on the panel: Professor Ryan Abbott, University of Surrey; The Hon. Justice Beach, Federal Court of Australia; and Dr Coreena Brinck, Member of CIPA's Computer Technology Committee.

Overall, there was little support on the panel for Option 0, given the increasing role that AI is likely to play in devising new technological solutions, which might be patentable inventions. The legislation should be revised to reflect reality and encourage transparency - otherwise applicants might be tempted to 'fudge' the issue of inventorship to avoid refusal. Option 1 was a transplant from UK copyright law (itself under review) but might lead to issues as to the identity of the 'human responsible' - which might be the programmer of the AI and/or the operator of AI operator and/or someone else. Option 3 - the creation of a new right was also likely to be problematic, since it raised so many new issues (How would patentability be defined? What protection would be on offer? How long would it last? Would it cover 'hybrid' inventions jointly devised by humans and AI?) that it would create uncertainty. On balance, this left Option 2 as the approach which the panel preferred approach.

The panel also agreed that AI inventorship was a problem that required an International solution. Currently, the positions adopted by patent offices around is split.