A team of Ecuadorian researchers, based in the country and overseas, are collaborating to produce UCL-Ventura CPAP devices for coronavirus patients in their country. 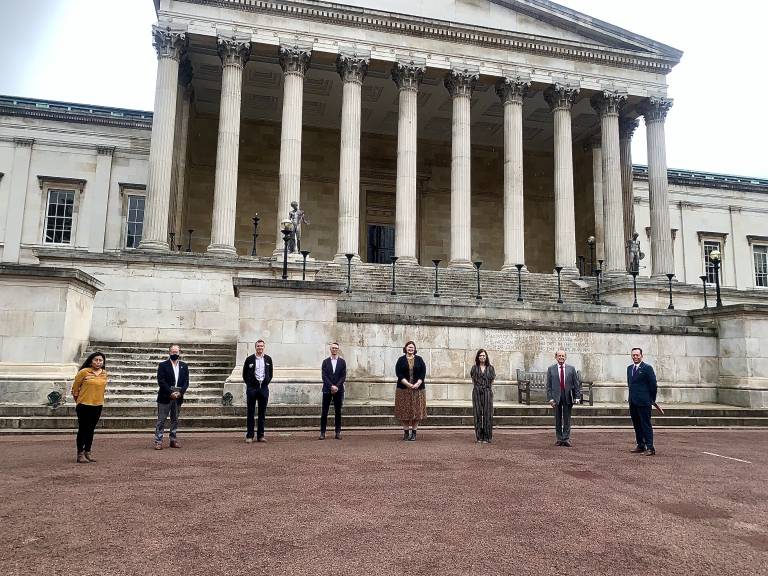 Image above: we are visited by a team from Ecuador including the Ecuadorian Minister of Health.

The group has close ties to UCL, thanks to Dr Sara Adela Abad Guamán, an Ecuadorian living in the UK. Sara is a Postdoctoral Research Fellow in the UCL Department of Mechanical Engineering. She completed her Masters and PhD in the UK, funded by a scholarship from the Ecuadorian government.

We spoke with Sara and two other group representatives:

Sara and her friend Diego Moya, another Ecuadorian researcher in the UK, started thinking about ways they could help their country fight COVID-19. Sara and Diego are both members of IIASUR (Institute for Applied in Applied Sustainability Research) in Ecuador. Diego is also a coordinator for ABREC (Asociación de Becarios del Ecuador/Association of Fellows from Ecuador).

“During the pandemic, they [IIASUR and ABREC] were trying to find ways to help Ecuador and I knew what was going on at UCL. I talked to Diego and he said, ‘OK, let’s go!’ So basically, that’s when everything started. We contacted the first group in Ambato, and then a university from Quito joined us”.

Sara says it is hard seeing the situation develop in Ecuador while she is in the UK, but she is trying to help however she can. She is particularly grateful for UCL arranging the delivery of functioning CPAP prototypes to the researchers in Ecuador, to help guide the team as they replicate the devices.

“Having the devices to use in Ecuador is really helpful for the researchers because they can open it up and know what things are inside – it’s much better having it in front of you”.

Danilo Chávez is a researcher at the Escuela Politécnica Nacional in Quito. He and Sara know each other from her undergraduate days.

He explained how his team pivoted from trying to develop a ventilator to focusing on CPAP devices instead.

“With COVID, there was an enormous need for ventilators and treatments. A consortium formed at a national level to manufacture ventilators. But when we were developing the respirator, we realised that we were too far behind from an industrial capacity.”

“That’s when Sara appeared with the CPAP idea and we integrated with another group of researchers in Ambato”.

He described how the biggest challenge for the group has been sourcing the materials and manufacturing capabilities to create the CPAP devices.

“Ecuador doesn’t have a culture of manufacturing technological equipment, and is even less oriented towards biomedical manufacturing. Since there isn’t this culture, the regulations can be very difficult.

“The CPAP is interesting because it’s non-invasive. This will make it much easier for us to pass the tests and regulations we have here”.

The team’s primary focus at the moment is creating a prototype then beginning the regulatory process. He believes the fact the device has been approved in the UK will aid in this. 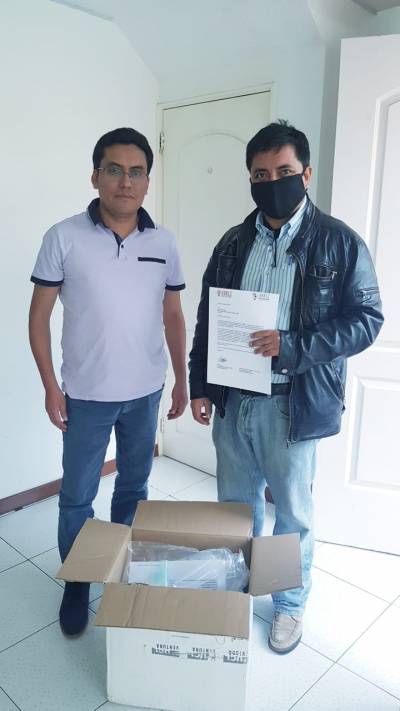 Cristian is from the Ambato part of the team. He is a Professor of Mechanical Engineering at the Universidad Tecnica de Ambato/ Technical University of Ambato.

He heard about the project when he was contacted by ABREC. He echoed Danilo’s thoughts about the challenges of manufacturing medical equipment in Latin America, particularly as they can’t access their labs during the quarantine. However, he said:

“Our spirits are very high, as we’re sharing experiences with international teams. Without a doubt, this has been an excellent experience”.

Cristian explained the group are looking to manufacture a dozen devices as a start, then seek funding for further manufacturing. In order to make the manufacturing of the devices feasible in Ecuador, they have to re-design some of the components to work with the technology they have available to them.

“The aim is to promote the technological and academic development of our developing country”.

How do CPAP devices work? 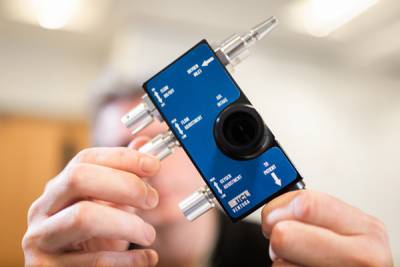 Continuous Postive Airway Pressure (CPAP) is a way of helping patients with coronavirus breathe more easily. A team of UCL engineers, UCLH doctors and Mercedes Formula One employees reverse-engineered a CPAP machine for the COVID pandemic.

Find out more about CPAP devices