As part of the UCL Doctoral School's research image competition, Fernando Pérez-García's (WEISS) images were exhibited in the South Cloisters. 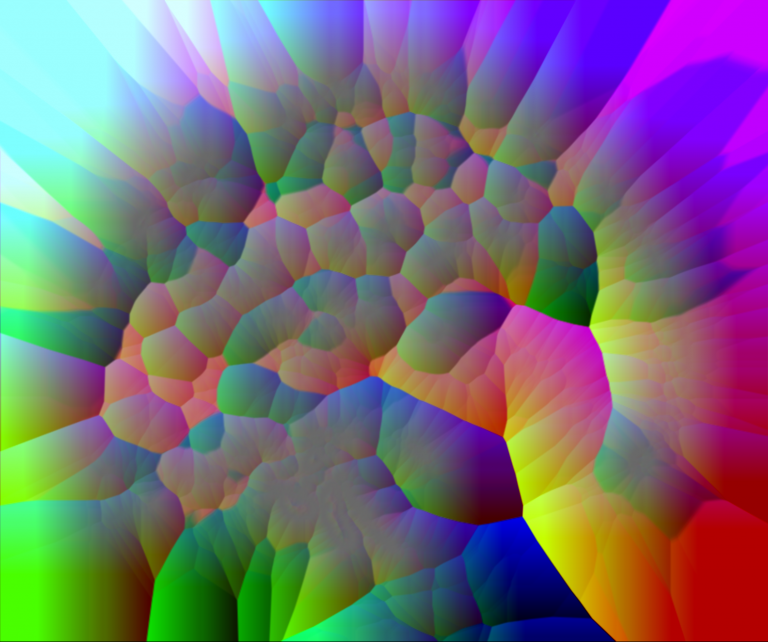 About one-third of patients with epilepsy are drug-resistant. Neurosurgery is an alternative for severe cases, but careful planning of the procedure is needed to avoid critical structures such as vessels. The image is a representation of brain vasculature, with the cerebellum on the right side and the frontal lobe on the left. It is the output of a powerful algorithm used to minimise risks during surgical planning.

The image is a gradient of the Maurer distance map of a brain vessel segmentation from a 3D digital subtraction angiogram.

In minimally invasive neurosurgery, depth electrodes are implanted in the brain to treat Parkinson's disease, obsessive-compulsive disorder, depression or epilepsy. As surgeons cannot directly see the interaction between their tools and the patient's tissue, high-resolution, three-dimensional images of the brain must be acquired for safe surgical planning. Brain vasculature has a fractal geometry that needs to be characterised in detail to avoid surgical complications. The image shows three orthogonal views of merged acquisitions where a contrast agent has been injected in the internal carotid arteries (red and green) and a vertebral artery (blue).

The image is a product of computerised tomography and digital subtraction angiography.