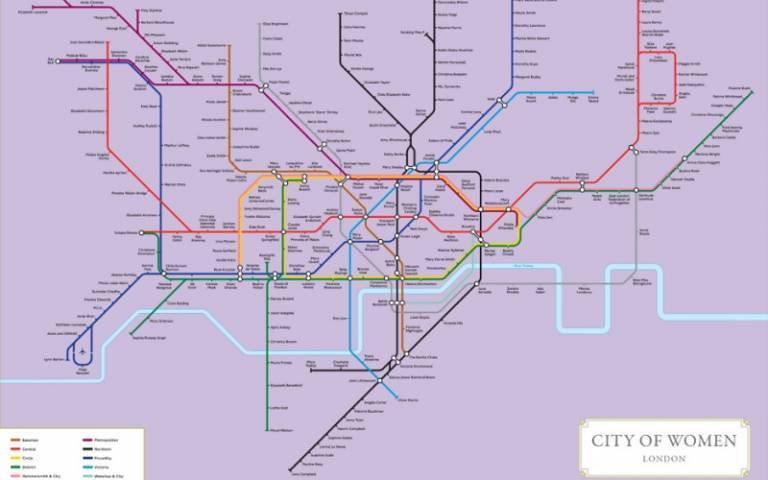 This collaborative public history project 'City of Women London' aimed to redraw and reimagine the classic London Underground map to produce an alternative map, replacing existing station names with the names of remarkable female or non-binary Londoners who have had an impact on the city’s history.

Led by writer Reni Eddo-Lodge and actor Emma Watson, who worked with writer and activist Rebecca Solnit and partnered with Transport for London (TfL), the project – called City of Women – draws from figures in arts, sports, activism, science, media, law, medicine and beyond. The digital version, led by Dr Leah Lovett (UCL Centre for Advanced Spatial Analysis), allows people to learn more about each person and their lives. The online map launches with featured biographies and interviews from contemporary women and non-binary people.

The project aims to identify remarkable female or non-binary Londoners who have had an impact on the city’s history in some way. It allocates them to each of the stations depicted on the London Tube map according to their connections to a local area. Some of these people might be household names, others unsung heroes or figures from London’s hidden histories. The names are drawn from arts, civil society, business, politics, sport, with suggestions gathered by consulting with historians, writers, curators, community organisers, women’s rights organisations, museums, and librarians and through an open call to the public to submit ideas.

The print map is published by Haymarket Books and the digital map can be accessed here.