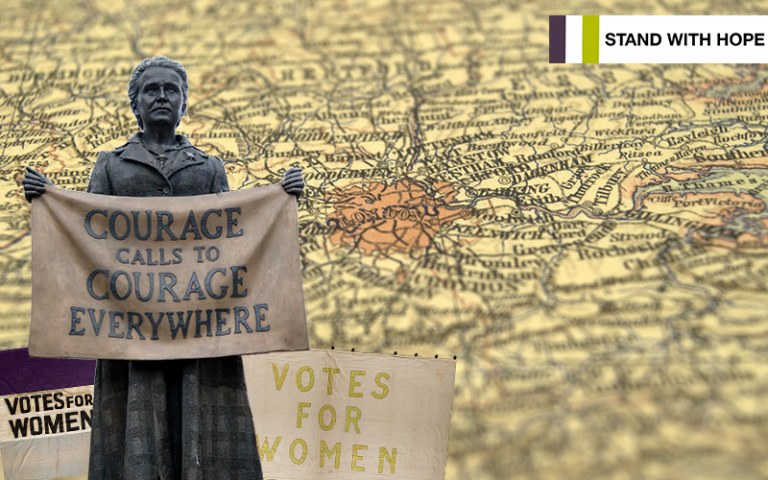 In this online event, hear from the UCL research team behind the City of Women London interactive map, and find out how the East London Federation of Suffragettes helped shape London’s past and present, ahead of the map's launch on International Women’s Day 2022.

Reni Eddo-Lodge, Rebecca Solnit and Emma Watson have worked together to produce an alternative map of the London Underground, replacing existing station names with the names of remarkable female or non-binary Londoners who have had an impact on the city’s history.

The interactive City of Women London map has been developed by Dr Leah Lovett, Dr Duncan Hay and Montaz Marche from the Bartlett Centre for Advanced Spatial Analysis (CASA)  using Memory Mapper, an open source toolkit for mapping stories of place developed at CASA. The print map will be published by Haymarket Books and the project is being developed in collaboration with the Women of the World (WOW) Foundation.

The project is inspired by Rebecca Solnit and Josh Jelly-Schapiro’s acclaimed book Nonstop Metropolis, in which they reworked the New York City subway map to celebrate women who had made their mark on the city. The map then became an iconic poster and sparked numerous conversations about public space, history, gender, feminism, and memory; a special edition of the poster was produced by Haymarket Books in 2019.

This event is part of UCL's 'Stand with Hope' campaign, a series of activities and events aimed at generating discussion on the gender inequalities that persist in the UK and mark the display of Hope the Lego Suffragette at UCL.